Since around March of last year, Pushbullet has done a damned good job of forwarding messages and notifications from your Android phone to your Mac.

Today, Pushbullet gains support for iOS — and while they’re at it, they’ve launched a dedicated Mac app and raised $1.5 million.

They’ve put together a pretty solid demo video of their new iOS app, but here’s the basic rundown of what Pushbullet can do:

Simultaneously, the company is announcing that it raised a seed round of $1.5 million. Investors in this round are General Catalyst, SV Angel, Paul Bucheit (creator of Gmail), Alexis Ohanian (Reddit co-founder; part time YC Partner), Garry Tan (Posthaven co-founder; YC Partner) and other angel investors that were not disclosed.

And to round off a day of news, the company also launched a dedicated Mac app and a Safari extension. Pushbullet originally began its life as a Chrome extension, eventually finding its way to Firefox and Opera. Now it’s compatible with just about every major browser — or as its own thing, no browser required. You can find the dedicated Mac app right here, and the new iOS app here.

I’ve been using Pushbullet since I first wrote about it back in March — and without realizing it, it’s become something of a staple in my workflow. I didn’t notice how much I leaned on it until I had to clear off my Android phone and subsequently spent a few days without it; until I got around to reinstalling it, my phone felt hobbled. 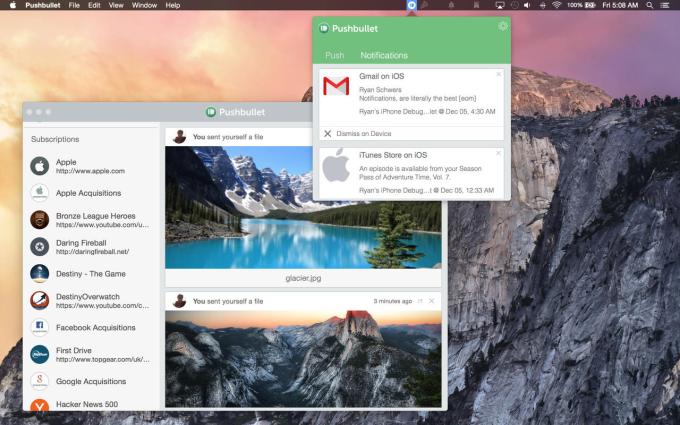