APUS Group, a seven-month-old Chinese company that develops Android utility apps for the global market, has confirmed that it has raised $100 million in new funding. The company’s Series B round, word of which got out in China earlier this month, will be used to develop new services and grow its reach in global markets like the U.S., Brazil, India and Russia.

The round was led by Chengwei Capital, SIG and Qiming Venture Partners, with participation from existing investors Redpoint Ventures and Northern Light Venture. This new funding takes APUS — which is not yet monetizing its services — to $116 million in venture money so far.

Beijing-based APUS was founded in June 2014. It’s lead by Tao Li, a former VP with Chinese internet security/browser heavyweight Qihoo 360, and is a fascinating company.

Few startups raise this much money within their first year of operations, and fewer still are located in China, but fast growth is what APUS is all about. Its flagship product — an Android launcher that we wrote about last year — raced to 30 million registered users in just three months; an APUS spokesperson told TechCrunch that it now has 90 million users, 70 million of whom it claimed are active each month.

APUS, which also offers a notification app, is aiming to take the launcher to 300 million registered users before the end of 2015. 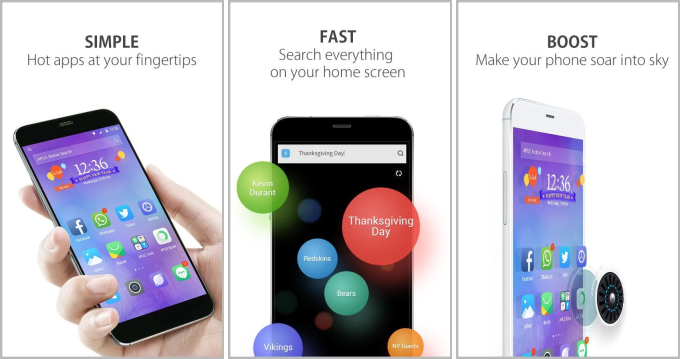 APUS said this new round will go towards doubling its 100-person team. The startup already has some representatives stationed in global markets, but that hiring spree won’t include opening offices outside of China just yet, it confirmed

The influx of new staff will mean new services, however. The company is fairly tight-lipped over what it has coming soon, but we understand that a data back-up app and mobile browser are two projects in the pipeline.

Another reason why we were struck by APUS is that it is focused on the international market and not China, despite its location. Indeed, the company said that less than 10 percent of its users are located in China — that’s quite something for a Chinese company.

The company had previously tunneled its efforts into emerging market opportunities, but it believes it is now in a position to make an impact Stateside too.


That global focus will continue, and the new funds will be put towards localizing its existing apps for certain markets and increasing online/social media marketing in major regions, including Brazil, India, Russia and — for the first time — the U.S.. The company had previously tunneled its efforts into emerging market opportunities, but it believes it is now in a position to make an impact Stateside too.

Another focus that will not waiver is its sole commitment to Android. The company confirmed to us that there are no plans to develop iOS apps.

There’s an interesting strategic angle to the company and others like it. It is quietly building a significant community for unsexy services that are part of a users’ daily habits. If it is able to establish itself as a brand among Android users worldwide, that could create a platform to introduce additional services and monetization opportunities, some of which could be piped into its Android launcher, not to mention other core apps like the planned back-up and browser services.

APUS isn’t the only one moving towards this goal. A bevy of battery and security app makers from China, including Cheetah Mobile, have adopted similar approaches, as a recent Tech In Asia article explains.