“We didn’t have an answer for how to get started in VR for cinema” says Oculus CEO Brendan Iribe. So a year ago Oculus hired Pixar veterans to form Story Studio, which will create and release VR cinema examples designed to “educate , inspire, and foster community” for filmmakers interested in VR. Later today, Story Studio will premiere its first experience “Lost” at Sundance Film Festival. Attendees can sign up in the Oculus Story Studio iOS and Android apps to try to get a demo spot.

The hope is that by pioneering content creation for VR cinema, Oculus can speed up understanding of how to make narrative stories work in VR so more artists start creating them.

Story Studio is led by Creative Director Saschka Unseld, who spent six years at Pixar where he directed short film The Blue Umbrella. He’s joined by Supervising Technical Director Max Planck, who solved technical animation problems for Pixar for 10 years on films like Up and Wall-E. The lean 10-person team includes a virtuoso animator, a cinematographer, and experienced producer Edward Saatchi.

Oculus planned the Story Studio before it was acquired by Facebook, but Iribe said its parent company’s resources helped super-charge its recruiting. “This is another example where as a smaller, independent startup it would have been hard to spin up an effort like this” Iribe says. 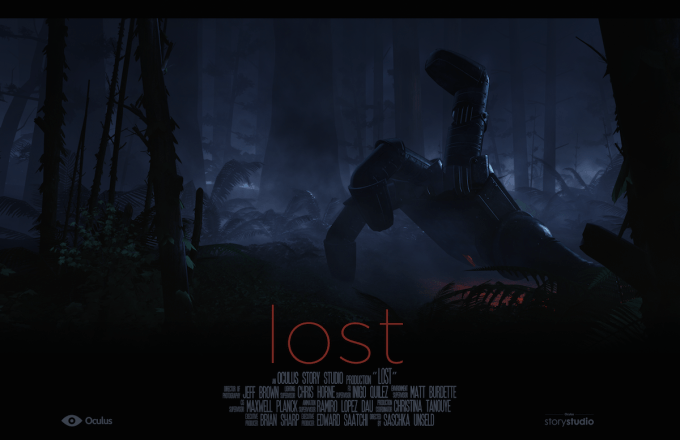 “You learn by doing” Unseld tells me. Film is essentially linear, but VR can be interactive and break free of a set timeline. That means there’s new challenges for creating in the medium. That’s led to the development of VR storytelling tools too, like Visionary’s VR editing suite.

“Everyone who starts a project in VR encounters the same things in the beginning. They try to figure out ‘How do I make these things I know from film work in VR? How do I do a cut in VR?’” The resounding answer is that porting film concepts straight to VR just doesn’t work. 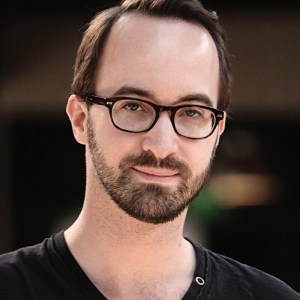 Unseld’s goal will be to demonstrate how to make narratives flow when the viewer could look away from the action. He tells me in “Lost”, some elements of the story will wait to play out until you look at them. That means the experience could be as short as three minutes or as long as 10 if viewers spend a lot of time exploring.

Beyond the films, Story Studio plans to share behind the scenes insights about the creative process, similar to how Oculus open sources its hardware designs.

For now, Story Studio will focus on CG experiences, or essentially VR cartoons. With VR cameras still getting up to snuff, and it tough to get enough angles with them to make experiences feel more than a 360 snapshot of a place, A-grade live film story telling may have to wait a little longer.

By getting out in front of the challenges of directing VR cinema, Story Studio could create a roadmap for other creators. Polished content will also stoke interest from film studios, who might have been apprehensive to invest deeply based on just the promise of VR. Now they’ll have something to point to and say “Let’s create something like this.”

Story Studio will also help produce first-party, flagship content that will ship on the first consumer version of theOculus Rift headset that’s expected to come out this year. The killer app forOculus might not be a traditional app or game at all, but a movie come to life in 360.

Iribe says gaming will still be a huge focus of Oculus, but that as the company was trying to build games VR-first, it ended up generating experiences that felt more like cinema. Investor Marc Andreessen encouraged them to show hardware and content prototypes to big movie directors, who immediately wanted in. Now they can look to Story Studio for forge a path through VR’s uncharted territory.