The Ring connected doorbell is actually a second-generation device: the startup behind it was originally Doorbot, with a product of the same name with very similar features.

The new design and branding are intended to be more appealing to traditional homeowners looking for something more appropriate for their existing decor, and less sci-fi – and there have been functional improvements to the product to boot. All told, the Ring has proven itself a terrific addition to my connected home setup, and one that proves its worth at a basic level more often than many smart domestic gadgets.

The Ring doorbell features a more straight-edged, contemporary design compared to the Doorbot that preceded it, with a variety of finishes that should match the light fixture and door hardware of just about every residence, whether your home sports a more vintage look, or was built yesterday according to the latest industrial design trends. It’s impressive that the Ring manages to accomplish that just by changing the finish of its lower body, but it somehow does manage to result in a final product that feels at home almost anywhere.

The primary visual features of the Ring are the spherical camera lens, which house the 720p, 180-degree shooter that delivers a streaming video feed to your device via Wi-Fi, and the blue ringed round doorbell button itself, which lights up when pressed (and which produces the canned ringing sound that should also come through your smartphone’s speakers). The video ‘eye’ announces its presence without being too 2001: A Space Odyssey ominous, and the ringer is big and clear. In terms of the front face, my only real complaint is the largish branding – for a product buyers are paying $200 for that is also part of their home decor, a big brand name up front seems a little gauche.

The mounting design, which includes a screw down plate, and the unit itself which simply snaps in, is well-conceived and works in practice. I feel somewhat apprehensive about putting a $200 piece of hardware out front of my house with a removal process that requires no tools, but in actual fact there’s no sign that anyone has even attempted to lift it off the mount. A casual observer would likely just assume it’s screwed down anyway, and that looming camera lens is a powerful deterrent in its own right.

As of this moment, the Ring is fairly simple in terms of features. It offers two-way voice communication, as well as one-way video to let you see who’s at the door while talking to them. When a visitor presses your doorbell, it rings the app on your smartphone, and you can answer directly, get a preview of who’s there, and then choose to continue with a voice call or shut things down and let them be on their merry way.

The voice communication works well, and lets you actually catch the attention of the UPS guy who always seems to want to flee as soon as the doorbell is rung. Video also gives you a nice, wide-angle look at what’s going on, and quality is fine for the purposes of identifying visitors and having brief chats. 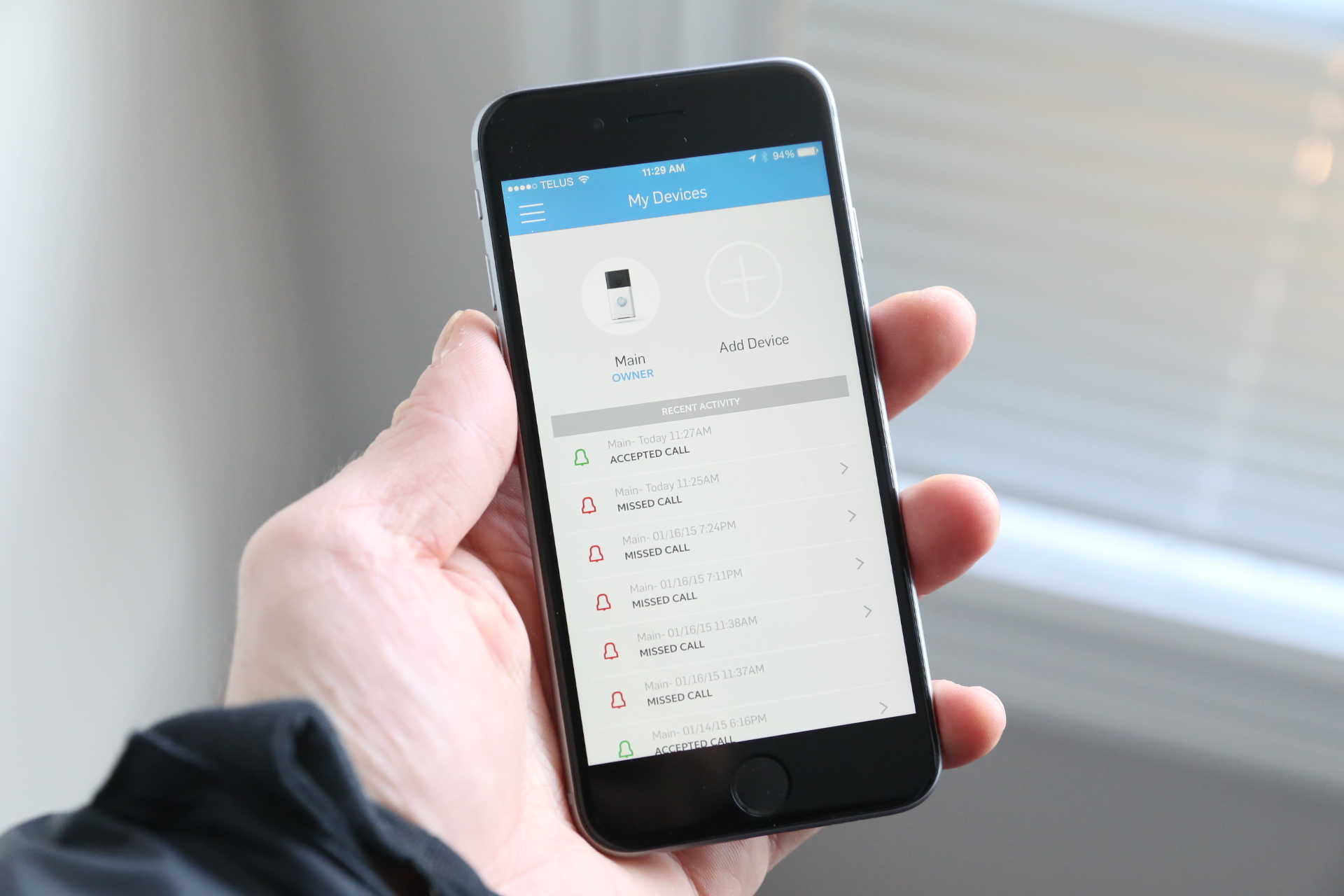 Another feature that Ring says will arrive in a future update is motion detection, which will let the Ring unit passively monitor your front door for activity, and then capture video of the incidents and save them to the cloud for future review. That means even if someone doesn’t ring your doorbell, you’ll be alerted to their presence, and have a record in case of later incident. It can detect movement in different zones and at different distances, and the cloud recording will be free initially, with paid plans available later. It’s a nice security feature for those looking for increased piece-of-mind, but as it isn’t here yet, it can’t figure into this review.

The Ring worked well, despite the need for a Wi-Fi connection, thanks perhaps to the strength of my network and the fact that I keep my router on the main floor. I have an old house, with a brick exterior that isn’t terribly friendly to Wi-Fi radio waves. But so far, I’ve not had a failed Ring attempt in terms of not receiving it on my phone.

Taking a step back, installation was also a snap thanks to the kit they provide, which includes screws, anchors, a screwdriver, and even a drillbit and sealing rubber. The whole process took only a few minutes (with an assist from my visiting dad and my own drill) and even wiring the device into the existing doorbell power supply required no special expertise or ability. 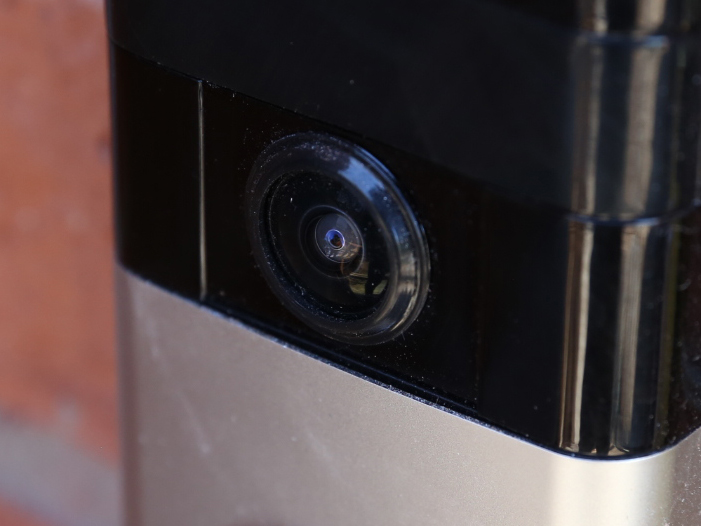 Connecting to the Ring was likewise easy, involving just connecting up with its own dedicated Wi-Fi and using the app on your smartphone to connect it to your home network. The app is minimal, providing a way to name it based on its location, and offering up videos about installation. It also lists Ring incidents, including both missed and accepted calls and communication from the device. In the future, as mentioned, it should also offer up motion detection customization and review of your cloud-based saves.

As for what the Ring offers no – meaning two-way audio communication, timely notification of visitors and a live video feed of who comes calling – it nails the experience. My only complaints are that I’ve experienced notification lag on a couple of occasions, but only of about 30 seconds, and it’s notable because most of the time there’s only a delay of about 5 seconds between when the doorbell is rung and when I get a call from the app on my device. I’ve set up calls to also show up on my partner’s device, and she receives them in a similarly timely fashion, even when not connected to our local Wi-Fi.

Ring as it currently stands is immensely valuable to anyone who has to answer the door frequently, or who depends on regular package delivery for their jobs. It has actually saved me at least two trips to shipping depots 30 minutes away by car, thanks to two incidents where I was either in or just getting out of the shower when a courier arrived and I was able to talk to them from my phone and convince them to wait while I hastily threw on some clothes. One hour savings isn’t far off from $200 worth of time, depending on how you value your own.

Once Ring delivers on its motion detection features, it’ll appeal to a much wider customer base that includes anyone who wants more piece-of-mind regarding the security of their home and main entrance, but even with its current feature set it’s a product that’s invaluable for the subset of consumers who depend on not missing that all-important visitor.