Porch.com, the Seattle-based startup that uses a data-driven approach to help homeowners find local professionals for all of their home improvement and repair needs, today announced that it has raised a $65 million Series B round. The round was led by Valor Equity Partners, a firm that has also invested in the likes of Tesla and SpaceX. The firm’s CEO Antonio Gracias will get a seat on Porch’s board.

Porch plans to use these new funds to fuel its growth. While it started out as a very data-driven service for finding out what kind of home improvement projects your neighbors were doing in your neighborhood — and what professionals they hired for them — the company has lately expanded into a number of new services on a city-by-city basis. These include a number of mobile tools that connect homeowners directly with professionals. As a part of this program, Porch also launched a mobile booking service that allows homeowners to hire pros for a set price through its apps. 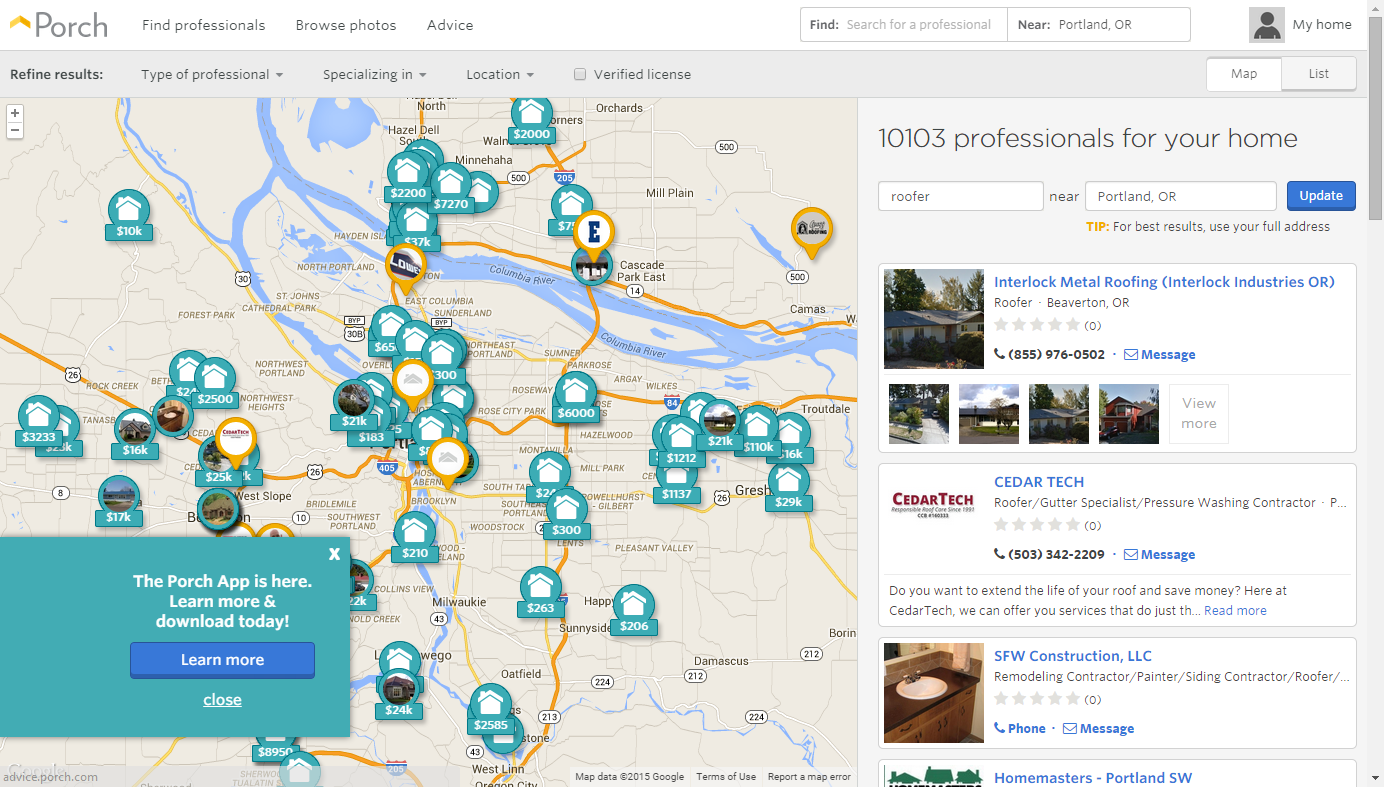 As Porch CEO Matt Ehrlichman told me when this service first launched, vetting these pros is a relatively slow process and Porch wants to get it right. It first launched this service in Seattle and now, with this new funding round, the company will be able to speed the rollout up considerably. ”

Porch, which has been on somewhat of a hiring spree lately and now has over 300 employees, also plans to use its new funds to scale its infrastructure and launch a number of new products in 2015.