“In the next five years, you’ll see somebody introduce autonomous vehicles,” Ford CEO Mark Fields said at a small dinner for press and analysts during CES. He was quick to qualify that statement (only in very defined areas, during good weather, etc.), but that’s one of the few statements that stuck out from the fog of war that is spending a week in Vegas during CES.

For years, self-driving cars looked like they were always at least ten years away from coming to market. If the notoriously conservative car industry thinks we are only five years away from somebody selling an autonomous car, then we’re probably even closer than they expect.

Every major car manufacturer now makes the pilgrimage to Vegas in January to present its latest advances next to Samsung, Toshiba and hordes of Chinese iPhone case manufacturer — and if there was is one topic that they all wanted to talk about, it was its self-driving cars. And it wasn’t just the car manufacturers, it was also the chip makers. Nvidia used most of its keynote to give us a rather boring lecture on how its new chips and recent advances in deep learning will enable self-driving cars using only cameras instead of expensive sensors (most car industry experts still think other sensors are absolutely necessary, by the way). All of the products it hyped up during its time on stage were for cars and its booth featured three sports cars. Qualcomm didn’t quite focus on cars quite as much, but it announced a number of concept cars that use its chips. Intel talked about autonomy in the context of drones, but there’s no doubt it also wants to put its sensors into cars. 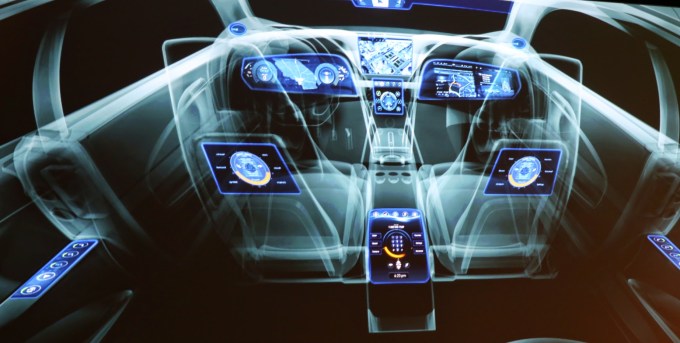 Google obviously wants to play a role in this business, as does Tesla, but despite all of the hype around their projects, Detroit (and Wolfsburg and Munich and Stuttgart and Toyota) may yet beat them to market. All of them are testing some kind of autonomous cars right now. Audi even drove five journalists from L.A. to Vegas in self-driving cars (only Audi prefers to call it “piloted driving,” maybe because you can’t start branding future technologies too early). Ford says it has autonomous cars on the road right now and the same is pretty much true for everybody else, too.

Five years isn’t a lot of time, however, and there are plenty of unanswered questions around autonomous driving that still need to be answered. Who is at fault when an autonomous car crashes? How do you keep drivers from getting inattentive and how (and when) do you best hand control back to them? How do you keep drivers from getting carsick? Will driving still be fun? In the long run, there is also a risk for automakers that autonomous cars will change our relationship with our cars and have us rely more on car-sharing services. If that happens, they will sell fewer cars (but for now, growth is still good — especially in Asia — so they don’t seem too worried about it). 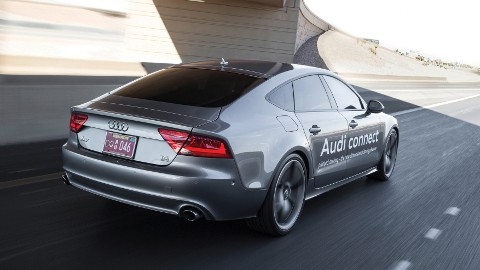 But there are other questions, too. Because autonomous cars will mostly likely have to rely on highly detailed maps, drivers will have to have an ongoing relationship with the manufacturers in order to receive regular updates for them. Does that mean we, as drivers, will have to subscribe to those maps? Will car manufacturers band together and share mapping data?

There are also still many regulatory hurdles that need to be overcome before we can sit in the driver’s seat and watch the landscape go by while an increasing complex and smart array of sensors and computers handle the driving for us. Everybody I talked to at CES was sure that whatever would hold autonomous cars back wasn’t going to be technology.

The incumbent U.S. car manufacturers may not be the first to bring autonomous cars to market, though. “Maybe it’s less about who is first to market and more about who is the last to have an accident,” a Ford representative told me at one point during the week. A few major accidents in a litigious society like the U.S., after all, will set the whole industry back years. And consumers will not buy these cars until they are absolutely sure they are safe — and because all drivers think they are great drivers, the autonomous cars have to be significantly better.

So over the next few years, expect cars to slowly gain more autonomous features. Adaptive cruise control will morph into a feature that will drive your car autonomously in traffic jams. Lane keeping alerts will turn into real lane keeping while you drive down the highway. Assisted parking will turn into fully autonomous parking. And all of these advances — plus many others — will accumulate over time. Hopefully this slow burn will help regulators to keep up and develop a framework that allows the integration of autonomous cars into regular traffic.

Then, as a final step, we will probably see highways and parts of cities where hand-steered cars will be outlawed because humans are simply too unpredictable and inefficient.