More precisely, according to Mattermark, the number of seed rounds in 2014 fell compared to 2013, and the trend is accelerating. The volume of seed deals — not counting a few corporate categories like biotechnology — had grown every year from at least 2005 to 2013: 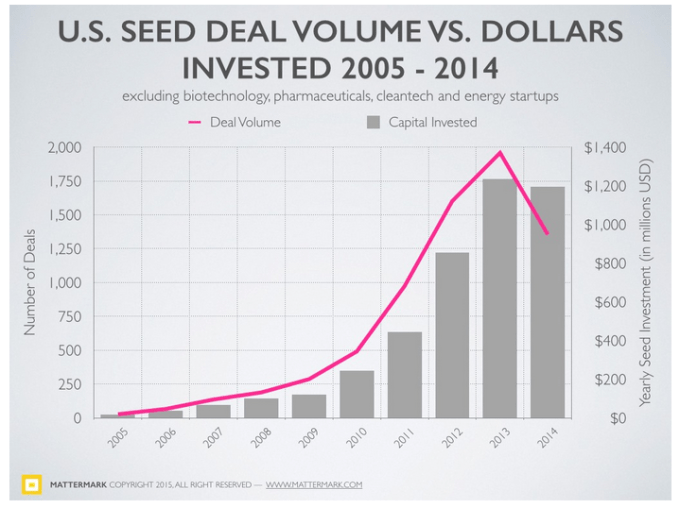 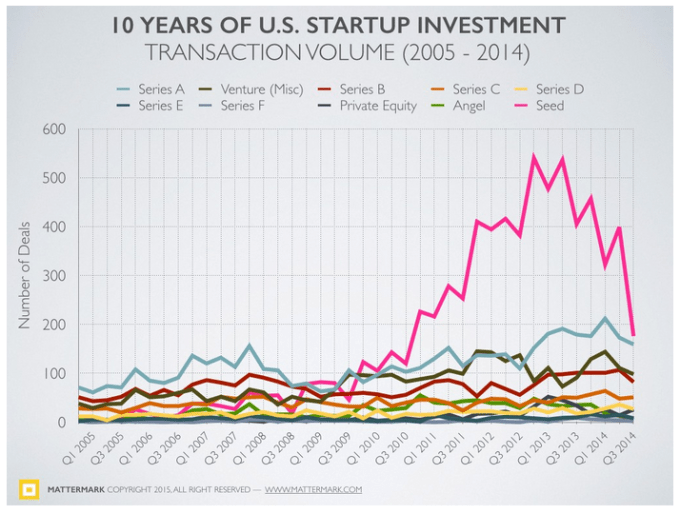 Ouch. Bear in mind that the total dollar amount of money flowing into seed deals barely declined, so, of course, we are seeing the average seed deal increase.

All this should square with your gut. It has felt for some time that the number of yahoos picking up a million dollars to build flipmeat for Yahoo has been declining. At the same time, the seed round your friend raised was almost a Series A. The data agrees.

So has the seed bubble popped? I think it’s fair to say that it has despite the only slight decline in the total dollar amount that is being invested at the level. That’s due to the fact that we’ve become too loose with what counts as a seed round. So if we used an older measuring stick, the downtick would be more accelerated.

It’s up to you to decide what the impact will be of the dramatically slowing seed deal flow. I think it could slightly ease hiring tensions in hot markets, but that would be only a minor benefit.

Is this indicative that the  larger technology inflation — or “bubble” in the parlance of some — is headed for a crash? Look at that Series A line in the second chart. It seems like the music will play a little longer.

FEATURED IMAGE: BEN WATTS/FLICKR UNDER A CC BY 2.0 LICENSE