App Annie, a company whose data on app downloads, rankings, app store trends and more has made it a go-to resource for anyone invested in today’s app economy, today announced a new $55 million round of Series D funding. The oversubscribed round was led by Institutional Venture Partners (IVP), and included existing investors Sequoia Capital, Greycroft Partners and IDG Capital Partners.

Additionally, the company is rolling out its new product, “Usage Intelligence” into beta, with the goal of allowing app publishers, marketers, investors and other mobile industry leaders to gain deeper insights into usage patterns within applications by providing data on active users, time spent in apps, usage frequency and user retention.

Though App Annie has until now offered customers extensive data on apps and app stores, peering inside individual apps to see how their users engaged with them was still a hole the company needed to fill in its product lineup.

With Usage Intelligence, App Annie is, to some extent, picking up where Onavo, an app analytics firm later acquired by Facebook, left off.

In October of last year, we spotted App Annie’s initial foray into its collection of app usage data directly from consumers through a mobile app called VPN Defender. That app is published by an App Annie subsidiary dubbed “Smart Sense,” and has been providing a free VPN utility in exchange for usage data collected from the app’s users. 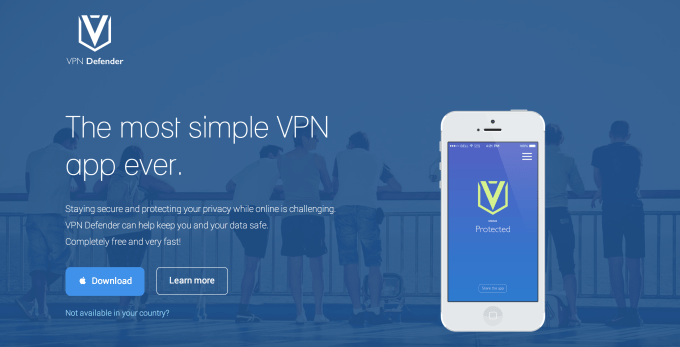 The idea is to offer consumers a value exchange, where they understand that they’re receiving the app for free – an app that others may have charged for – and in doing so, they’re willing to share their anonymized app usage data back with the company to be aggregated with data from others, then sold to App Annie’s customers.

Schmitt says that there are now other Smart Sense apps in the works, “mostly utility-type apps,” he says, and the second one will likely hit when App Annie’s Usage Intelligence product launches out of beta in Q2 2015. 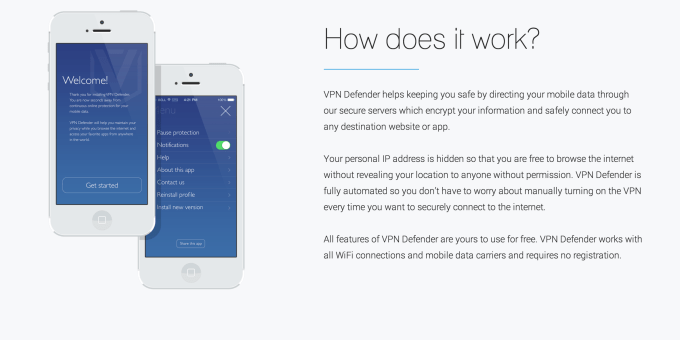 But these direct-to-consumer apps are not App Annie’s only source of data, Schmitt clarifies. App Annie also uses proprietary survey methodology to conduct surveys online, on the phone, and even in person.

With App Usage Intelligence, App Annie’s customers will be able to analyze their own apps as well as that of competitors, gaining insight into detailed metrics that demonstrate how popular an app is outside of downloads – a metric that can be misleading as companies run marketing and ad campaigns to acquire users or even buy downloads in order to move up higher in the rankings.

Usage data is important because it tells the real story of an app’s “traction.” App Annie will now display DAU, WAU and MAU figures (daily, weekly and monthly active users), plus analyze how long users engage with applications, how often they launch them, and how well those apps are retaining their users.

This data will be sold separately from App Annie’s other enterprise products, but the company is not yet revealing pricing. However, Schmitt would say that, on average, an App Annie customer is spending $80,000 per year with the company.

“We’ve been cash flow break-even once in a while,” says Schmitt, but the company is currently to investing in new products and services, market expansions, and more. “Our focus is to carefully use our cash in areas of growth,” he adds.

In 2014, the company tripled revenues, doubled its team to 300 employees across 10 global offices, and grew its own active user base by 75% year-over-year to 350,000. It also acquired its closest competitor with its purchase of Distimo.

With the new funding, App Annie will continue to fuel its growth, expanding further into international markets, fund M&A activity, and invest in product development.

One initiative on the horizon is turning App Annie into more of a social platform. That is, allowing users and colleagues to follow each other on the service. This would benefit those within a company working to analyze specific apps or trends, allowing users to be alerted about new apps colleagues are tracking, for example. It could also aid in finding external contacts, like those who could help you when planning an international launch for your app, notes Schmitt.

The new funding sees App Annie adding Eric Liaw, General Partner at IVP, to its board. IVP has invested in a number of mobile and B2B firms, including AppDynamics, Datalogix, Marketo, Shazam, Snapchat, Supercell and Twitter.

Like many, Liaw is not just an App Annie investor – he’s also a long-time customer.

“We have been very pleased in particular with how the product has evolved since we first started our relationship as a customer,” he says. “The company is consistently innovating and as an example, last year unveiled their own app, so that we can access our data from anywhere.”

Liaw says the new Usage product is compelling, especially in light of Apple’s recent news of hitting $10 billion in 2014 revenue for developers. But that, he says, only captures a specific type of transaction on a single (albeit very important) platform.

“There are many other activities that monetize directly and indirectly through mobile apps and members of the mobile ecosystem need to be able to recognize next level trends beyond simply downloads,” he continues. “It’s very pertinent to know which apps are being used, how often and by whom.”

The Usage product is launching into beta today for existing customers, with plans to roll out to the broader public in Q2.