The nondescript four-story former tenement at 149 Bowery, with its ground floor “Organic Spa and Shop” sandwiched between lighting fixture outlet stores, is an unlikely staging ground for the next push in the battle against the prohibition of marijuana.

Yet its third floor tenant, Marley Natural, is on the vanguard of a growing movement of “potrepreneurs” that activists and market analysts alike think could be the troops that will lead the legalization movement to victory in their decades-long struggle to decriminalize cannabis consumption in the U.S.

“The last major institution that needs to fall before federal legalization of marijuana is Wall Street,” says Evan Nison, the executive director of the National Organization for the Reform of Marijuana Laws New Jersey (NORML NJ) and the co-founder and director of the New York Cannabis Alliance.

A joint venture between Bob Marley’s heirs and the marijuana-focused private equity holding company Privateer Holdings, Marley Natural is the first brand in Privateer’s growing club of cannabis companies to focus on the sale of accessories, cannabis-infused products, and marijuana itself.

Privateer, which currently owns three cannabis related companies, is now in the process of raising $75 million in institutional financing, and today confirmed that Peter Thiel’s Founders Fund has come on as an investor in the round. A December report from Business Insider put the company’s valuation after the round at $425 million.

The imprimatur from Founders Fund is only one example of how the financial community is beginning to stop worrying and love the weed.

“This highlights a change that’s going on in the market,” says Leslie Bocskor, an investment banker and entrepreneur who is the founding chairman of the Nevada Cannabis Industry Association and managing partner of Electrum Partners. “The cannabis industry’s evolution is one that is now in a second wave, where we’re seeing professionals who have had success in other industries come in.”

More validation came in late December, when the Securities and Exchange Commission approved an S-1 filing from Terra Tech Corp., in which the company explicitly stated it was intending to use the capital to finance its various lines of business which now include the cultivation, processing and distribution of marijuana.

While marijuana is legal in 20 states (and counting), it’s still illegal federally, and SEC approval is one indicator of Wall Street’s willingness to account for a shifting regulatory environment around cannabis at the state level.

“When we started in 2010, it took us a year to raise $1 million,” says Derek Peterson, chief executive at Terra Tech (and a former Morgan Stanley exec). “This year we raised another $10 million.”

Wall St. may be more willing, but private investors remain the primary financial proponent for the viability of the weed business. In 2014, CrunchBase recorded 29 venture investments into cannabis startups for a total of nearly $90 million in capital committed, as we reported earlier.

Perhaps investors are opening their wallets more readily, because there is now the potential for real returns in the marijuana market. Data from the market analysis and boutique investment firm Arcview Group puts the potential size of the industry at $10 billion by 2018.

Privateer’s chief executive, Brendan Kennedy, thinks the market could be even larger. He gave a ballpark estimate of $50 billion for North American cannabis and equipment sales to the Economist in a 2013 profile.

From The Ivy League To The Cannabis Club

Founded by Kennedy with his Yale MBA classmate, Michael Blue, who serves as the company’s chief financial officer, and Christian Groh, a colleague of Kennedy’s from his days at Silicon Valley Bank, Privateer is by far the largest and most successful of the cannabis companies.

While its Marley Natural brand is just getting off the ground, the firm’s other two businesses — Leafly, a Yelp for pot, and Tilray, Canada’s official supplier for medical marijuana, are profitable and funding their operations from current revenue, according to Kennedy.

From the outset, when Kennedy began analyzing the market in 2010, he knew the industry would be a profitable one. “We saw it was an emerging industry and that the end of prohibition was inevitable,” Kennedy says.

The first step on the firm’s path toward building an international marijuana monolith was the acquisition of Leafly in November 2011. The site generates most of its revenues from advertising, but Kennedy says the company will eventually move into e-commerce for marijuana-related products.

“Leafly is the foundation,” says Kennedy. “It provides us with information about how, what, where and when customers are thinking about this product.”

The next step was building out Tilray, perhaps the most profitable piece of the pot portfolio for Privateer. The company was incorporated in 2013, after a futile search for potential acquisition targets led Kennedy and co. to the conclusion that if they wanted to have a business in Canada they’d have to build it themselves.

And what a business it is.

From its heavily guarded 60,000 square foot facility on Vancouver Island (Kennedy says there are 200 cameras, a security detail, and a “bank-like vault” where Tilray stores roughly $35 million worth of medical marijuana) the company grows, processes, and ships medical marijuana to around 4,000 prescribed patients using the drug.

The company ships packages containing up to 60 grams of marijuana in a variety of strains that sell from $6 to $15 per gram. Tilray lets patients choose different strains, based on their needs. Right now, people seem to need “OG Shark” more than any other variety. 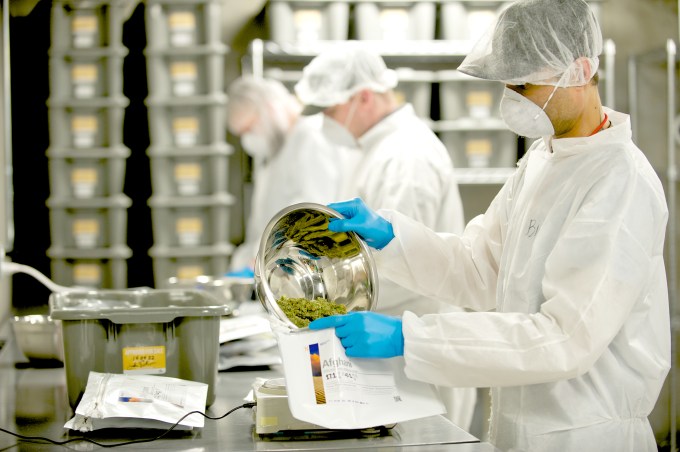 These days, cultivation is limited to Tilray’s facilities in Vancouver, but Kennedy says the company has plans to expand its growing operations beyond Canadian shores. Tilray has applied for a license in Uruguay and is looking to apply for a license somewhere in Europe.

Eventually, Kennedy says Privateer will build businesses along the entire cannabis value chain. Tilray operates in the medical to wellness end of the spectrum, while Marley Natural and other subsequent brands which may be developed will operate in the wellness to recreational end of the spectrum.

“Privateer Holdings has emerged as the market leader in legal cannabis, which we believe will become a massive industry within the next decade,” said Founders Fund Partner Geoff Lewis, who is leading the firm’s investment in Privateer Holdings in statement.

Lewis told me that his interest in the marijuana business stemmed from watching a friend go through treatment for a serious illness, and seeing the effect marijuana had during treatment. Founders Fund, he says, has been looking for investments in the cannabis market for the past year-and-a-half.

With the development of Privateer, and the commitment from Thiel, the marijuana business has come a long way from the days of waiting for the man.

The Tragedy Of Dope

It would take a little over an hour by public transportation (two trains and a bus) to travel the roughly ten miles between the Marley Natural office with its hardwood floors, foosball table, and paintings by famous New York artists, and Rikers Island, where many of the past purveyors of cannabis in New York now reside.

Between 2001 and 2013 more than half of prisoners serving sentences longer than a year were convicted of drug offenses. As of September 30, 2013 98,200 inmates, or over half of the total federal prison population were in jail for possession, trafficking or other drug crimes, according to the website DrugWarFacts.

According to the Sentencing Project, in 2011 there were over 500,000 people incarcerated in federal and state prisons and jails for drug-related offenses. 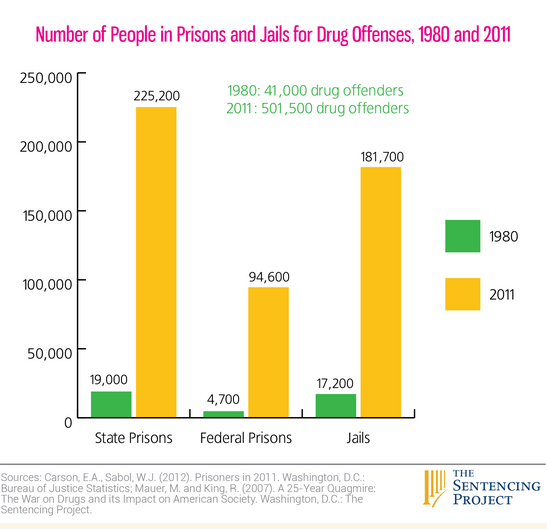 The shifting perception of marijuana use in the U.S. is, for many, a sign of government loosening its grip on its citizenry. Unfortunately for many has come at an incredibly high cost… and not soon enough.

“This is something that black people bore the brunt of,” says Nison, “Now white people on Wall Street are making millions, while black people were incarcerated in the tens of thousands.”

This injustice, however real, isn’t the fault of the Wall Street investors, Nison says. The blame needs to be placed at the feet of the government that enacted and enforced the laws in the first place.

Whatever the past legislation has wrought, the future of pot is being shaped by investors like Founders Fund and Privateer, who would like to remake the industry in their image.

“For our employees… their motivation is to end prohibition,” says Kennedy. With the embrace of Wall Street and investors like Thiel, advocates like Nison say that goal becomes inevitable.