One of the bigger evolutions in education has been the push to get kids to become more computer-literate, yet one of the hardest hurdles has been making the process of learning and writing programming languages less dry. A startup out of southern California has found an innovative way of tackling this, using a golfball-sized robot that follows trails that you draw using fat, colored felt tip markers, or the equivalent traced out on a tablet screen — or both.

Ozobot, as the robot is called, made a popular debut last year at CES. After its first sales run over the most recent holiday period ($50 per Ozobot, which includes some games, apps and other software to use it) and a number of educational endorsements from the likes of the Boys and Girls Club, Boy Scouts National STEM initiative and SAS Curriculum Pathways, Ozobot maker Evollve is introducing a new verion of the product that will let you use Blockly, Google’s library for building visual programming editors, to write out commands for the Ozobot.

The new version will come out later this year.

The magic of Ozobot is that it’s very simple to get it to work right — thereby drawing in users quickly and encouraging them to try to do more. The tiny Ozobot robots — which work now on iOS and Android and potentially Microsoft later this year — move by following lines that you have drawn either on a piece of paper or on a screen, and you can customise what they do by changing the colors of the lines. Some of the current options for actions include getting the Ozobot to spin in a circle, or speed up (turbo charge).

This is where the coding aspect comes in: right now you can “program” the robot to move using the software that comes with the Ozobot robots. Later will come Blockly. And longer term, the company tells me that the plan is to open up Ozobot’s controls to work with a variety of computing languages. The aim, for now, isn’t so much to teach programming languages like Python or C++, but to get younger people into the mindset of how to conceive of a sequence of commands and attach them to a visual outcome.

There is a social element to this one, too. “Kids have become too solitary, and so we have really tried to focus on something in the physical world with Ozobot,” CEO and founder Nader Hamda told me.

A lot of computer games are made for the pure enjoyment of gameplay, but as Minecraft has shown, sometimes that can lead to another side-effect, where fun gets repurposed as a platform to teach coding and computational mechanics.

Ozobot has taken a slightly different approach: it has built an educational aim directly into the original purpose of the product, while still trying to make it fun and usable by those who simply want to conceive of games using the basic building blocks of a tiny robot and customizable, squiggly lines.

Evollve has raised several million dollars in funding from a selection of angels and is now beginning talks with institutional VCs, Hamda tells me. 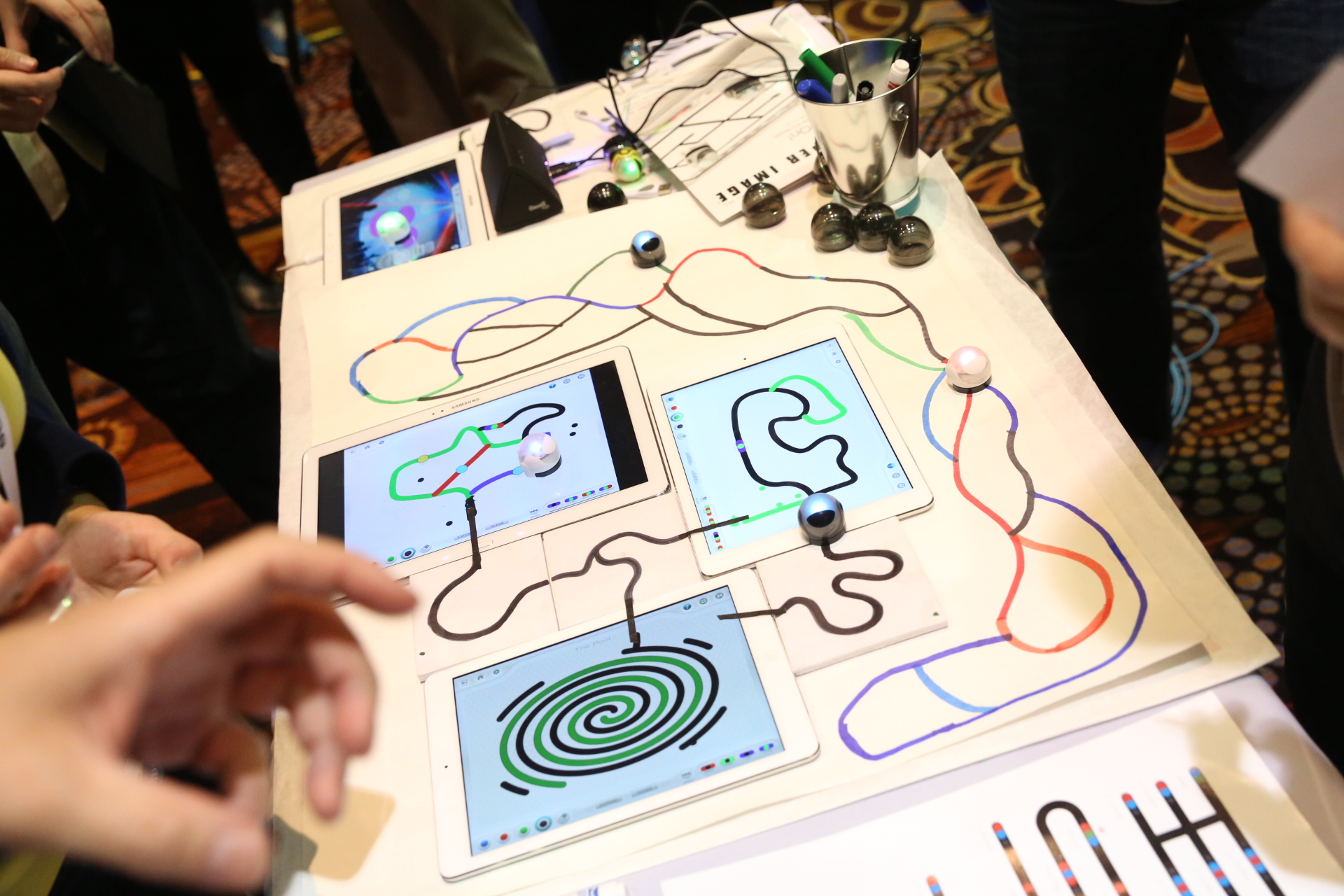