You never really feel like you’re there when you’re stuck watching from whatever angle the camera person chose. Meanwhile, professional virtual reality cameras are way too big or expensive for consumer use. But thanks to new video stitching technology, the new Allie camera from IC Real Tech can turn two 360-degree camera feeds into an “all-D” image that lets you look in any direction you want. You can control the perspective in recorded videos, or even stream live footage. And it costs under $500.

IC Real Tech’s new Allie Pro, Home, and Play video cameras debuted today at CES, and you can check out our first look above. And for the record, it’s pronounced “All-ee”, like a selfie in all directions.

The Allie Pro has a special high-grade lens for home security and will retail for $3000 in March 2015. The Home looks sleek and elegant to match your interior decor, while the Play comes housed in a colorful little rocket ship stand to fit well in a kid’s room, and both will be available later in the year for under $500. 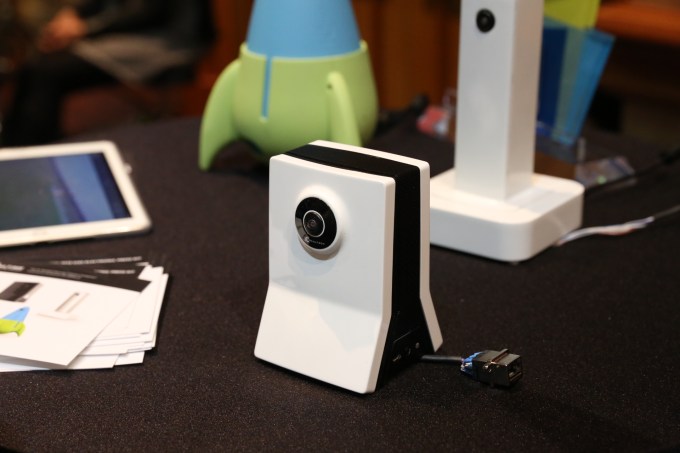 They all come with 8X zoom and pan abilities, connect to your Wi-Fi or cable network, and can be watched online or from a mobile device. Gyroscopic control on mobile lets you move your device around to control the angle, in addition to the option to swipe for navigation. They capture up to two hours of footage in an internal SD card, but can record to the cloud for much longer time periods. 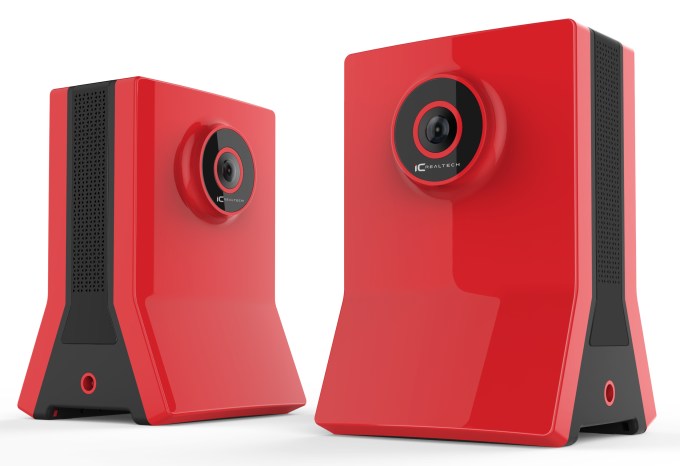 The two 13 megapixel cameras aren’t going to produce picture perfect TV-quality 720-degree video like that from the Jaunt VR or NextVR cameras, but the Allie does a remarkable job for its price point. It doesn’t hurt that IC Real Tech is an offshoot of IC Realtime, a security tech company that’s been making cameras since 2006.

There’s a bunch of potential use cases for the Allie that were shown off at the CES demo. You could use it to capture omni-directional home movies with the whole family gathered round. At events, you could stream live to give people at home a look at what it’s like to be there.

If you have some way to power and mount it, you could use it as less portable GoPro-style action camera, which IC Real Tech demonstrated with an Allie strapped atop a race car. If sports are your primary use case, though, you might want to wait until 2016 for the Allie Go that’s designed for more active situations.

The Allie will probably appeal more to experimental photographers and event organizers than the average human. But the fact that this much power can be packed into such a small, cheap package suggests it won’t be long before people start taking Allies instead of just selfies.