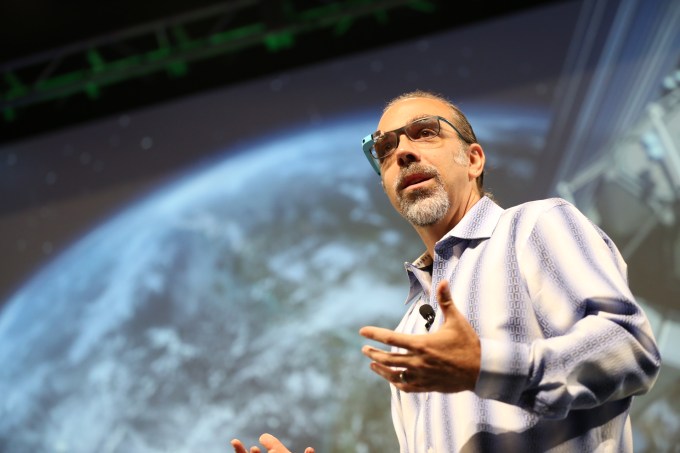 Back in November, I had a chance to visit Google’s Mountain View headquarters to chat with Astro Teller, the head of Google X’s so-called “moonshot” projects, about the past, present, and future of wearables.

I opened the interview with a blunt question: “Which do you want to talk about first, the wrist or glasses?” He immediately called me out: “That presupposes that the only interesting things we’re working on are watches and glasses.”

Teller made it clear that just because Android Wear and Google Glass are prominent in Google’s public efforts, they’re not the only thing the search giant is looking at when it thinks of putting gadgets on our bodies.

“[Humans] have spent that last several thousand years working on wearbles. We’ve got rings, glasses, we wear things for armor, for protection from the elements, to signal our status to other people. And we’re going to co-opt a lot of those things, where wearables are going to end up being the interface between us in the world,” he told me during our 30 minute chat. One  interesting line of research Google has looked at includes using rings to “train” our brains for things like navigation using slight vibrations whenever you face a certain direction.

I see the current wearables ecosystem as a spectrum. At one end, there’s single-purpose gadgets that are essentially pedometers, heart rate trackers, and blood-oxygen sensors that have existed for decades — only now, they’re sending all that data to the cloud via Bluetooth connections to our smartphones. At the other end, there’s Google Glass, Android Wear, the Apple Watch, and their ilk: general-purpose devices that Google has said could one day replace the metal and glass slabs we keep in our pockets.

When I asked Teller where he thinks the successful wearables of the future will fall on that spectrum, he said that there’s likely going to be an evolution in the space from one use case that initially takes off to more general-purpose devices in the years to come.

He compared the process to the decades-long adoption of desktop computing. “VisiCalc and WordPerfect were the killer apps of their day, but Google and Facebook make them look small in comparison.” The way Teller sees it, those applications were what made computers a reasonable purchase for the first tens of millions of customers — but you couldn’t look at them and predict the applications valuable to billions today.

So what are the Visicalc and Wordperfect of wearables? Teller says that there’s a few uses that seem like they could bring in the mass of users necessary for wearables to become a meaningful platform. In the very near term, there’s fitness and health: from fitness trackers to the fashion-focuses bands, every major player in wearables has at the very least included things like step-tracking or heart-rate measurement (with varying degrees of accuracy).

Fitness has the advantage of being something that becomes habitual: if exercise is a big portion of your life, you’ll keep using that smart band with some regularity. The biggest hurdle for this category is the tendency for people to try out gadgets like the Nike FuelBand or a Fitbit and one day decide to just leave it on the desk or in a drawer — it’s a category that’s in a constant struggle against human laziness.

Another option is information security and environmental personalization — in terms of both our physical and digital spaces.

“I think wearables in general have as their best calling, to better understand our current state and needs and to express those back to the world. It’s crazy that you have to tell your phone or your computer or your house or your car “It’s me!” hundreds of times a day. Wearables will solve that problem. They haven’t yet, but they will.”

Regarding the current appreciation (or, more accurately, lack thereof) of Google Glass in popular culture, Teller isn’t phased by the haters. “There’s about a 0% chance that in 10-20 years we don’t access our digital world through our glasses, but I would be shocked if we don’t also have watches,” he says, though he acknowledges that the consumer market might not be where Google finds the killer app for its eye wear.