When done well, user onboarding – meaning the initial experience a customer has when adopting a new product or service for the first time – can increase the chances that a user sticks around to become a loyal, engaged customer for a company, ultimately impacting its bottom line. A startup focused on improving that experience for software-as-a-service (SaaS) businesses, Boston-based Appcues, has now raised $1.2 million in seed funding to continue to develop its platform that allows non-technical staff to create personalized onboarding flows for new users without changing code.

User onboarding is a key area of focus for online businesses in particular because, typically, less than 5 percent of new users will go on to become actively engaged. The reason for this, explains Appcues CEO Jonathan Kim, is because the users don’t find value from the product quickly enough. 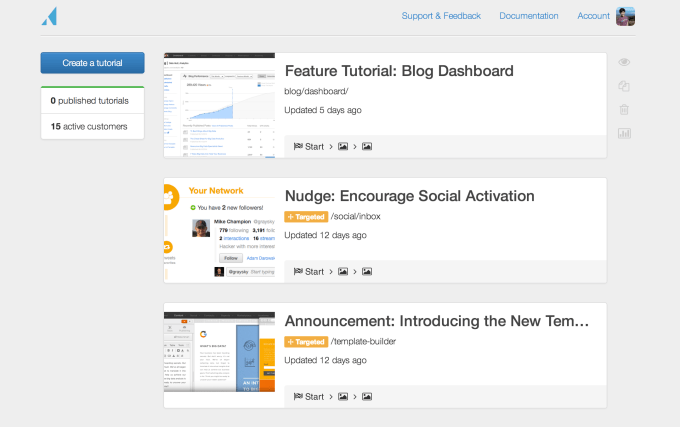 Kim previously led front-end development for HubSpot’s Social Inbox before founding Appcues. While there, he saw the pain point Appcues aims to address first-hand while trying to improve user engagement rates. He believed HubSpot needed to do a better job at educating new users on how to use the platform, but the problem stemmed from the fact that the people who knew the customer best – those in marketing – had to rely on developers to implement their in-app tutorials.

The idea for Appcues was born from the idea to create a toolset allowing marketers to make the necessary changes themselves. 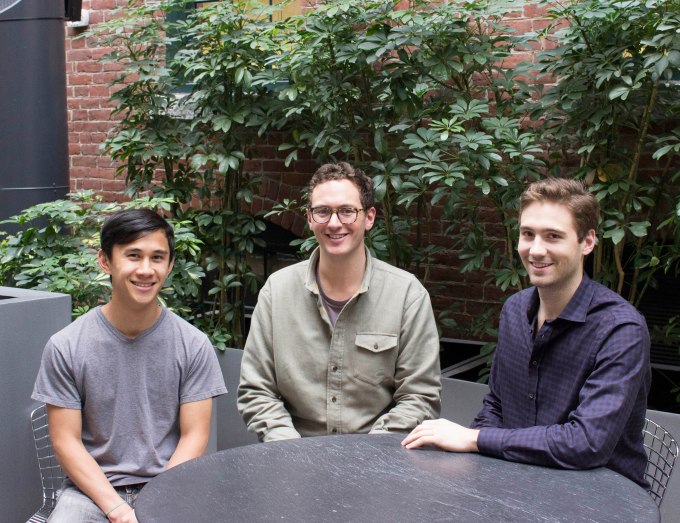 Co-founder Jackson Noel, meanwhile, experienced the issue from the flip side while working as a growth marketer at Testive, an edtech startup in Boston. He saw the benefit of focusing on onboarding, he says – Testive doubled its engagement rates after optimizing the process. But he also saw how difficult it was to make changes. It took six weeks from scope to implementation, and was hard to maintain, he explains.

With Appcues, implementation to launch can take just 20 minutes, the startup claims. Marketers and other non-technical personnel can use the platform to build personalized onboarding experiences, in-app tutorials, and notifications by selecting from a library of patterns and templates, then making their own customizations.

The system can be used to localize a product based on the country a customer is in, or it can be used for more specific purposes – like showing a tutorial only to those who already made a purchase, for example.

Founded in 2013, Noel says it’s too early to discuss growth metrics or customer numbers. But some early figures indicate the platform is working. 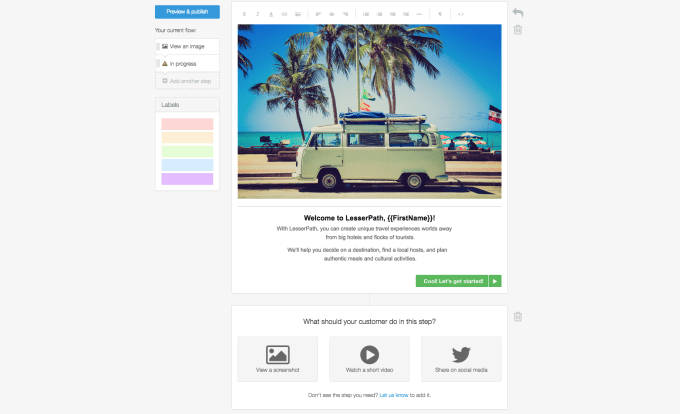 “Customers typically see between 50% to 90% engagement rates with their Appcues, which can be a 10x increase compared to email,” says Noel. “By building in-app experiences, our customers are able to captivate users and drive them to take meaningful action when their attention is at its peak.” He notes that Appcues currently manages the in-app experience for over 200,000 people roughly 1 million times per day.

One customer reported an 82 percent improvement in conversions after five weeks with Appcues to cite a specific case study.

The company’s customers so far have mainly been B2B web apps, many with a marketing focus, and include Wista, Dyn, Litmus, Nanigans, Takelessons.com, plus another larger company which declined to be named publicly, among others. Customers pay anywhere from $45 to $450 per month, or upgrade to enterprise plans.

“We have some B2C customers as well, and are experimenting with a number of different verticals,” says Noel. “While we’re excited to start branching out, starting with a focused set of customers has been really important to our early traction.”

With the new funding, the plan now is to respond to inbound requests for a mobile version of the service with the launch of an SDK. Noel says they expect that to be live this spring.