A clandestine invite to a “secret screening to protest against censorship” of The Interview did not lead to a showing of the North Korea-skewering film at the center of the Sony Pictures hack. It did raise money for free speech charity Article 19, though. Instead, attendees in London, Rome and San Francisco who were instructed to come “dressed in a dark suit, and bring a small gift for a stranger” were shown screenings of Charlie Chaplin’s The Great Dictator.

The protest’s goal was to stand up against the precedent being set by the pulled release of The Interview.

While some viewers were disappointed not to see Seth Rogen and James Franco make fun of Kim Jong-un, they at least got to see Hitler made the butt of Chaplin’s legendary slapstick. The London screening had 800 people show up, while 200 made it in Rome and New York, and 120 congregated to see The Great Dictator in San Francisco. A silent theater in Los Angeles affiliated with the protest played “The Red Chapel,” a Danish film about comedians going to North Korea. 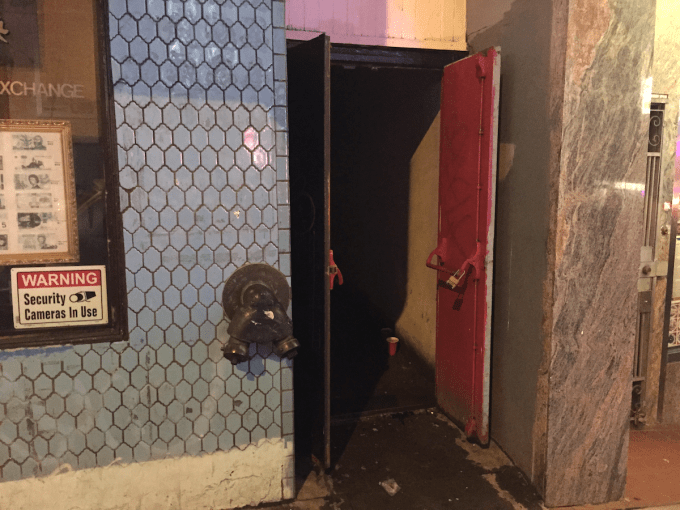 I attended the SF screening at a rundown movie theater where weekends used to feature a late-night jazz band. It was a ragtag, slapdash affair where the doorwoman and lighting technician were just the first people who showed up and agreed to be volunteers.

The events were produced by Secret Cinema, a group that puts on film screenings for charity, and previously raised over £24,000 for “Mind, the mental health charity” with a showing of the late comedian Robin Williams’ Dead Poets Society. 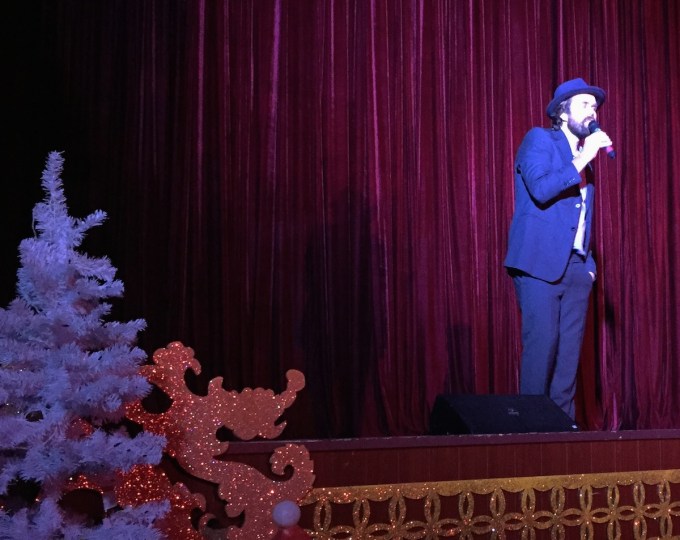 Secret Cinema’s founder and director Fabien Riggall hopped on stage to explain that he thinks the public needs to stand up for free expression. He referred to The Great Dictator, saying “these beautiful, truthful films should be made.” After joking about having the finest North Korean projection system set up for the screening, a music video and short film were displayed before The Great Dictator began.

Proceeds from screenings went to Article 19’s fight for freedom of expression, press and access to information. 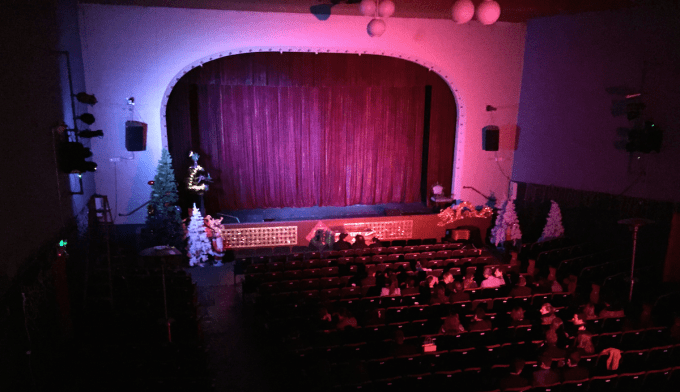 Attendees start to file into the theater in San Francisco

That’s the opposite of what the Guardians Of Peace stand for. Now officially linked to North Korea by the US government, their threats of violence against theaters that showed The Interview prompted theater chains to refuse to show the film. Sony Pictures says it has no current plans to release it in any form but would like to. Obama called pulling the film’s release “a mistake” on Sony’s part.

In effect, hackers have coerced Sony Pictures into self-censorship, despite how desperate the public is to see the film. [SPOILER: A leaked copy of the film’s climax showing Kim Jong-un’s death has gone viral, showing the wide interest in seeing what the hackers didn’t want us to see.]

So why did Secret Cinema put in the work to organize the screenings in just 48 hours? Riggall tells that he wanted to shed light on the fact that “The Interview, a fun and silly film that no one’s seen, is getting banned, and that The Great Dictator was also banned in theaters [in occupied Europe during World War II].” But the protest goes much farther than Sony’s decision. He insists “It’s hard to get films with any challenging, truthful stories out there.”

Riggall says the reason for the protest is “to make a point that you can’t censor art, that art is the thing that tells the truth about the things that matter.”

He continues, “If people feel they can’t make the thing they want to make, I think it’s really sad. It’s a precedent. Now another film [Steve Carell’s Pyongyang is being pulled. I felt we had to do something.” Now the question is whether someone with access will leak a full copy of The Interview. The Internet’s runaway distribution train could then carry it to the world without a formal distributor who could be blamed or targeted. If The Interview stays censored, it will only encourage more hackers and terrorists to threaten creative expression that doesn’t fit their views. Then all our movies will look like this.

Perhaps that’s the reason why a film about the Nazis was the perfect choice for the protest. It reminds us of the dangers of appeasement. 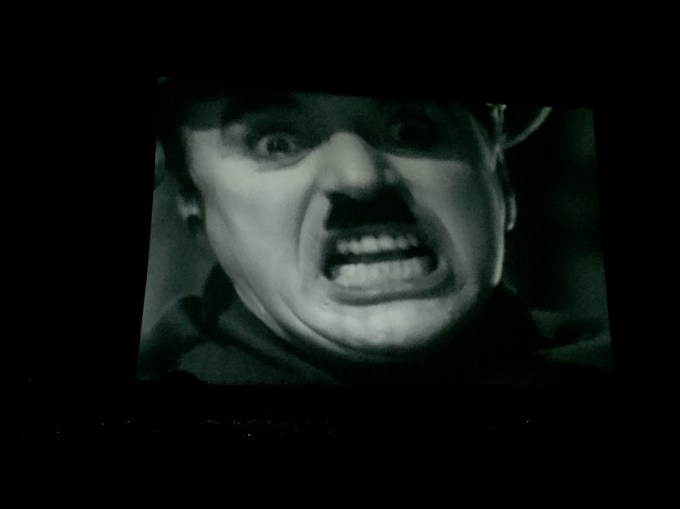