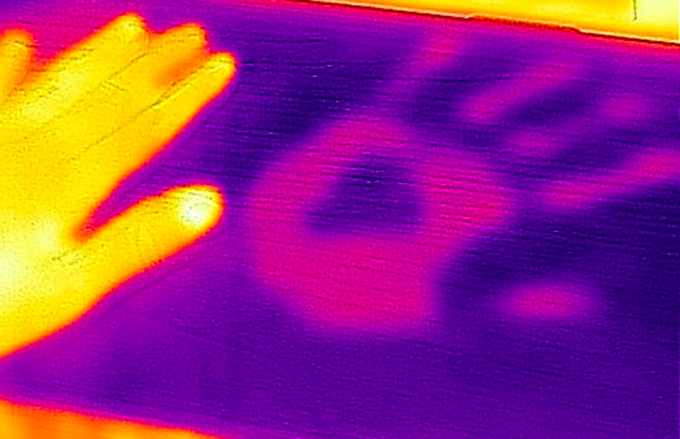 Up until the last few years, heat-sensing cameras — think Predator vision — were a thing that pretty much only the Army and the super rich got to play with.

Then FLiR figured out how to make the required sensors tiny and (relatively) cheap, and the whole idea became considerably more accessible. Hell, you can get heat vision in an iPhone case now.

Now, with this tiny board, you can bring heat vision into any of your Arduino/Raspberry Pi DIY projects.

At $350, it’s one of the more expensive Arduino accessories you can buy. Relative to the prices for something similar a decade ago, though, it’s a steal — it’d be 5-10x the price, at least 5x the size, and you’d probably have to order them in bulk in a licensing deal as opposed to as a one-off sensor like this.

The price might seem high, but that hasn’t kept them from selling: Hours after launching on SparkFun, the boards are already back-ordered.

There are a few catches, though: at a resolution of just 80×60 (not 800×600. 80×60.), the images this thing pulls aren’t exactly beautiful. In implementations like that aforementioned iPhone case, they overlay the heat-vision image over a greyscale, higher-res image from a more traditional camera, which helps pretty things up a bit.

You’ll also need to do a bit of manual assembly (attaching the thermal camera to the breakout board), so you probably want to be super comfortable with a soldering iron before diving in here.

You can find the (back-ordered) FLiR dev kit here.