Today’s venture capital landscape has never been more complex, and it will never again be this simple. It’s hard for entrepreneurs to navigate and VCs to differentiate.

And while many believe increased competition has driven valuations up, that simply doesn’t tell the full story.

It’s time to set aside the Battle of the Bubble talk from this past year and consider the benefits to the complexity we see. Entrepreneurs have more options for raising capital, investors have more options for where to allocate their resources, and VCs have every reason to stand out by defining who they are and what their focus is.

As a VC, I live and breathe this reality. But in talking with our limited partners and the entrepreneurs I work with on a day-to-day basis, I gained a new appreciation for just how complicated it has become for everyone to find their way in this shifting landscape.

I had to find a way to get at the big picture. (I also needed a way to cope with the five months between now and the start of Game of Thrones Season 5.)

The map that follows is no ordinary map, because the Realm of Venture is no ordinary place. What used to be simple – go to Sand Hill Road and meet some VCs – has become incredibly complex. 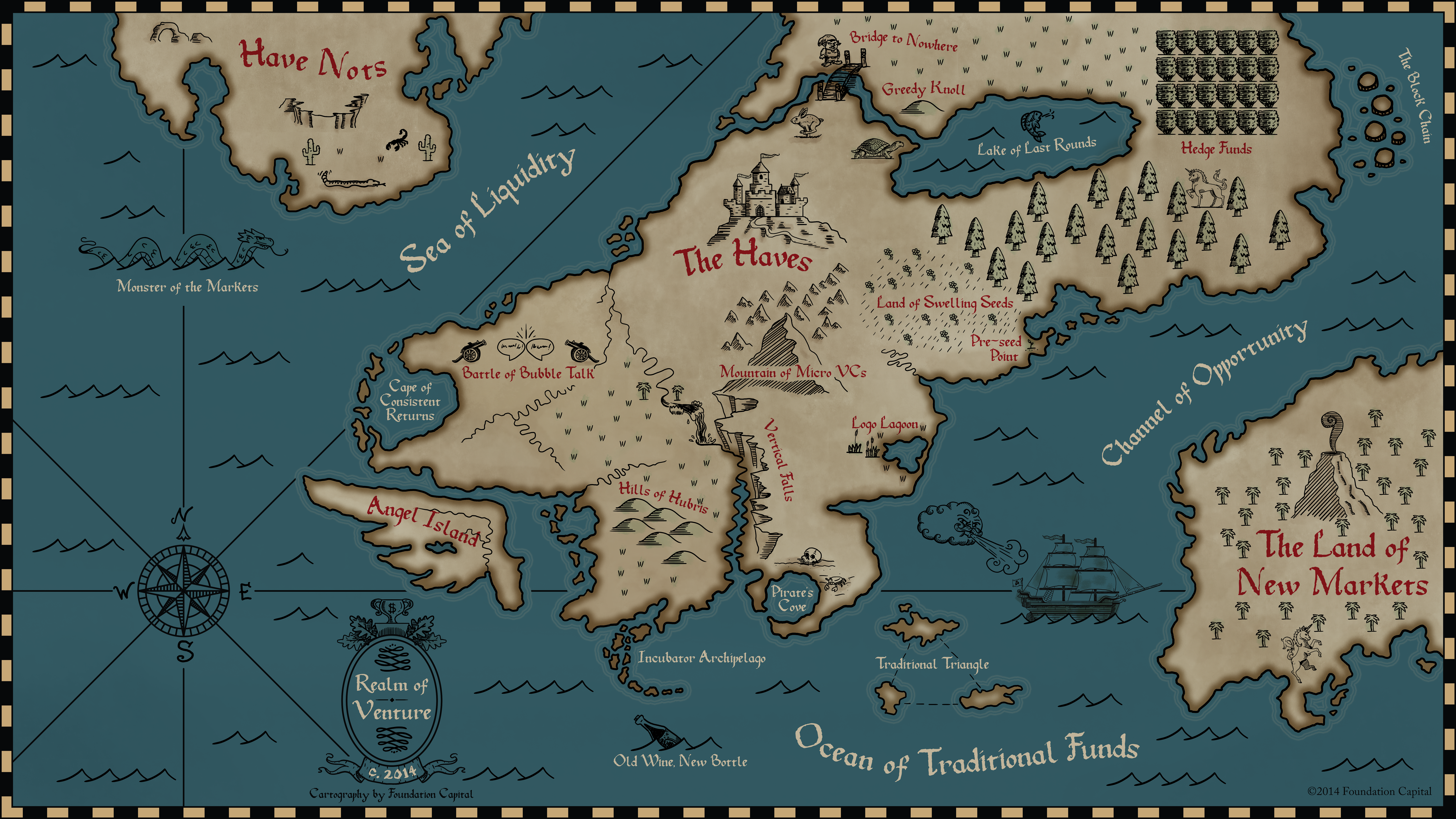 In order to capture the vast and various landmarks that defined this year in venture capital, I leaned on ideas more often found in fiction and fantasy:

I can’t provide the full legend here, not because each feature of this map is completely self-explanatory (some aren’t), but because in the Realm of Venture, as in reality, there’s no such thing as a cheat sheet.