The thin air turns thick beneath your feet. You step onto the Hendo Hoverboard and an invisible force compresses, condensing and coiling like a spring you cannot see. It sinks for just a split-second, slipping closer to the solid copper floor below.

But before it can touch, the magnets strengthen their resolve as they near their arch-nemesis, their object of repulsion. Reality flexes with the strain and scream of motors. Your momentum reverses with a supple bounce. Gravity gives way. The board regains lost altitude, settling into its preferred distance above the ground. 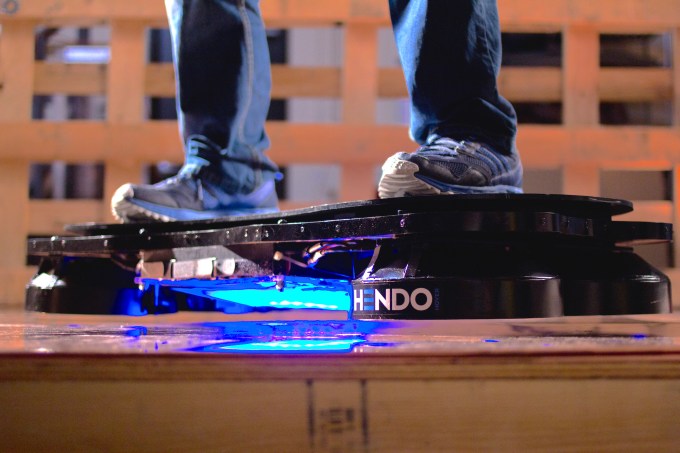 And soon, you are sliding. But not like socks on hardwood or a snowboard down a slope. Not even dry ice on a table matches the otherworldly lack of friction. Any semblance of traction has been deleted. You don’t decelerate. There’s nothing to grip or dig into. The slipperiness subverts you balance. You wrongly lean to brace for resistance, but none comes. You simply slide.

The closest thing is bobbing up and down on a raft upon a lake. Yet rather than the water shifting out from under you, the metallic sheeting below holds firm. It’s the board’s magnetic bottom that’s so slick it can’t stay put. 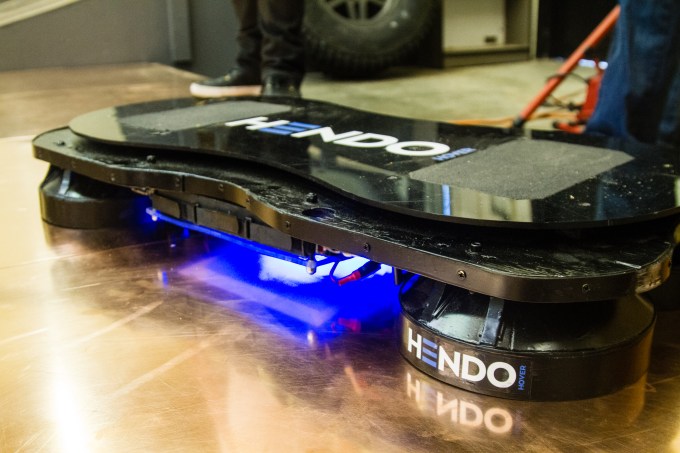 At least until v2. Arx Pax invented its hover tech to save buildings from earthquakes and floods. But the whole world wants to play Marty McFly. Propulsion wasn’t a priority and its maglev “magic” only works over copper flooring, so you can’t take it out in the streets. Still, Hendo’s Kickstarted developer kit will put a little hover box on your kitchen table. And the $10,000 full-sized, steerable version is on the way to bring us Back To The Future.

So how does it feel to ride a real hoverboard? Smooth. Impossibly smooth. Not just a levitated experience. An elevated one. A sensation ascended beyond the rough imperfection of man-made roads or even the nature’s rippling fluids. It’s a smoothness only attainable through math. Theory made practice. A polished equation calculated just right. Pure science.