Reply to unlock didn’t work. Neither did dropping the requirement and just letting people freely send photos and videos to each other. So today Facebook took yet another swipe at Snapchat with the re-release of its ephemeral sharing app Slingshot for iOS and Android.

The difference is you can immediately see big visual previews of friends’ Slings rather than having to open them to reveal what they’ve been up to like on Snapchat. And spying the success of Snapchat Stories stars, Slingshot has a discovery center for finding cool people to follow.

The app is sure to get plenty of groans from critics who’d prefer to see Facebook actually innovate rather than ape its competitors. But if Snapchat’s not willing to sell and its Stories feature is obviously popular, Facebook is happy to commission a few employees to take their best Slingshot at usurping it.

Facebook first launched Slingshot back in June with an innovative, if a bit friction-full, feature where you had to reply with a photo or video to see one a friend had sent you. It was one of the early releases from Facebook’s Creative Labs project for experimenting with mobile app design.

While I found it fun at first, the annoyance of having to create to consume eventually whittled down the small initial user base, and I haven’t received a Sling in months. The update in September that dropped the reply-to-unlock requirement did nothing to reinvigorate the community. 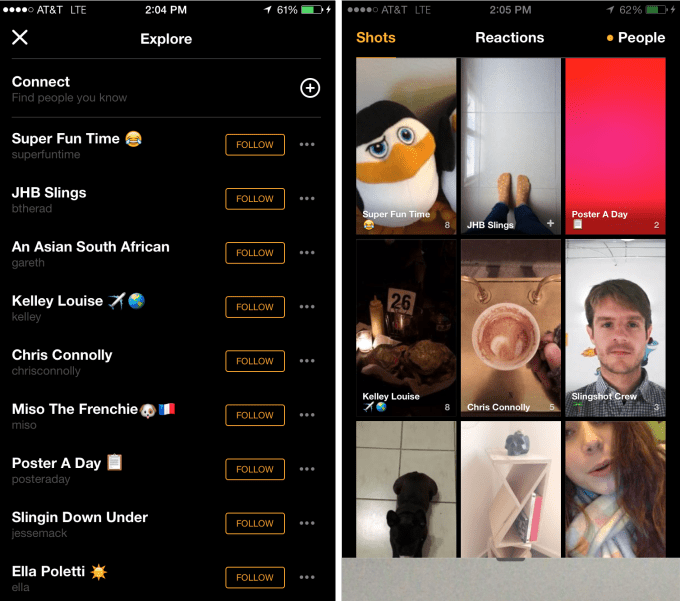 The relaunched Slingshot’s only hope is its focus on creators and discovery. If it can convince some savvy creators from apps like Snapchat and Vine to come over by dangling the opportunity to be the most popular person on the new medium, their fans might come too. And with the discovery center, it could help people accustomed to only following their friends on social apps to find creators they love.

Unfortunately, judging by the very limited set of no-names found on the Explore tab, Facebook didn’t go the extra mile to recruit any social media stars. That means Slingshot will most likely fall short again. 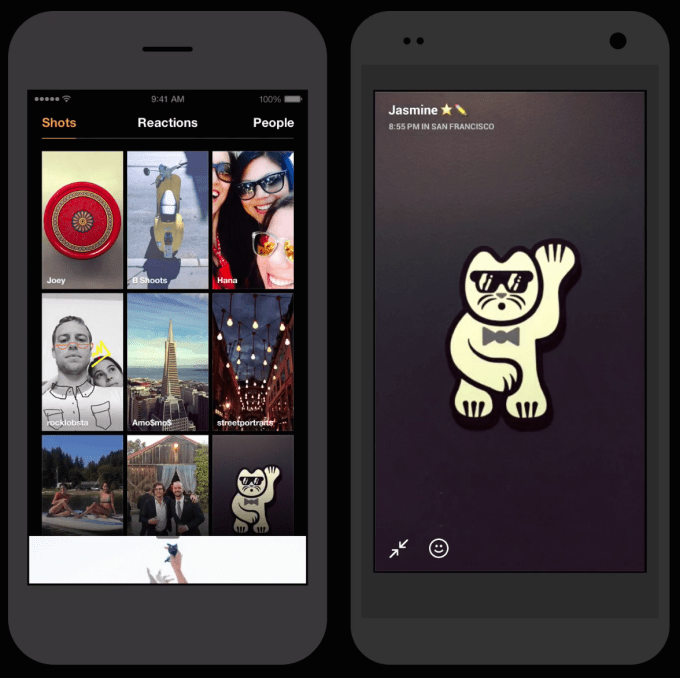