For this episode of Built in Brooklyn, producer Steve Long and I visited the Bushwick garage of FlyCleaners, an on-demand laundry service — and Steve even went for a ride in one of those blue FlyCleaners vans (they’ve become a common sight in Williamsburg, my neighborhood of Brooklyn).

With FlyCleaners, instead of having to bring your laundry to the laundromat or dry cleaner, you can just use a smartphone app to summon a “FlyGuy” to pick up your laundry. Once your laundry is ready (FlyCleaners partners with local businesses to do the actual cleaning), you then use the app to request a delivery of your clean clothes.

Co-founder and CEO David Salama compared the idea to Insomnia Cookies, the bakery chain created by his co-founder Seth Berkowitz. It’s not the most obvious comparison, but Salama said Berkowitz was able to build a “national empire” simply “by giving it to people the way they want it, how they want it, when they want it.” 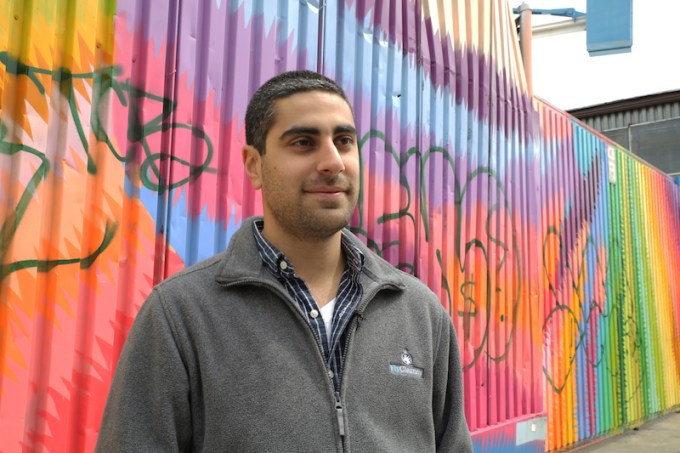 “Seth came to me with the idea of doing something very similar within dry cleaning and laundry, because to him it was another industry where the focus wasn’t necessarily on what the customer wanted,” Salama said.

While this isn’t a review, I should probably mention that I’ve used the service a couple of times and I’ve been pretty happy with the results. I’d use it more if I didn’t a washer and dryer in my apartment — but not everyone agrees.

The company is actually based in both Brooklyn (that’s the garage we visited) and Manhattan (where it has a more traditional startup office), and the service is now available across both boroughs. However, the service launched in the North Brooklyn neighborhoods of Bushwick, Greenpoint, and Williamsburg. Noting that he’s been “a lifelong resident of Brooklyn,” Salama said there are “a lot of parallels between what I’ve seen happen in Williamsburg over the last few years and what we were trying to do here with laundry and dry cleaning.”

“We thought that it would be a natural fit for us to bring a new concept to an area that was so open to change and to new ideas,” he added. 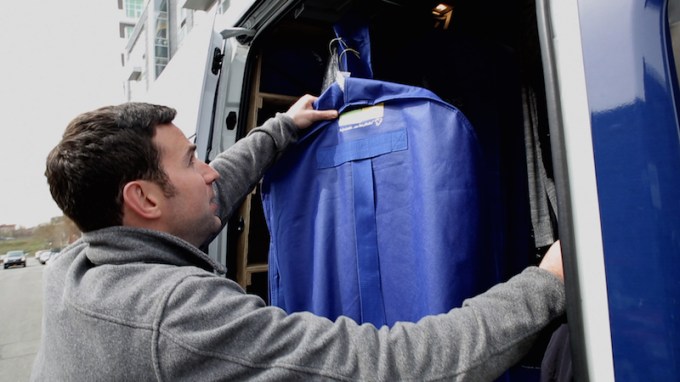