Snapchat took its first shot at monetizing its Our Stories collaborative livestream feature tonight with a Samsung-branded look at The American Music Awards. We were tipped off to the AMA Our Story, and Snapchat confirms to me that it was paid by Samsung for the promotion.

The AMA Our Story intersplices “Sponsored”-tagged Samsung photos and videos from behind the scenes at the AMAs with user-generated shots from the crowd and red carpet. The sponsored Our Story demonstrates how Snapchat could make money off branded content that feels more natural in its app than the pure ads it recently begun showing. 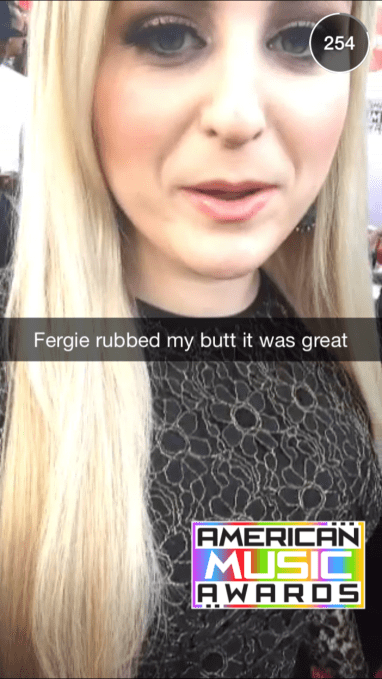 Snapchat first launched the Our Story feature in June to give people around the world a simulated experience of attending a live event, starting with the Electric Daisy Carnival dance music festival. Anyone within the geofence of the festival in Las Vegas could submit Snaps of photos or videos to the EDC Our Story. Snapchat then curated the submissions, choosing the best to show on the EDC Our Story that’s visible to all users globally if they added “EDC Live” to their list of Stories updates from friends.

I attended the festival and was astounded by how accurate Our Story’s potrayal was. I called it a “genius, collaborative reinvention of the livestream”, and suggested that “Events might also be willing to pay for the promotion and cool-factor Snapchat could provide by setting them up with an Our Story.”

After successful Our Stories for the World Cup and Super Bowl, Snapchat started regularly showing cool festivals and holidays from around the globe. Now we’re seeing the first Our Story that a brand paid to be featured and automatically added to Snapchat users’ friend lists. In this case, it’s Samsung paying for the AMAs to appear as an Our Story with its ads mixed in. 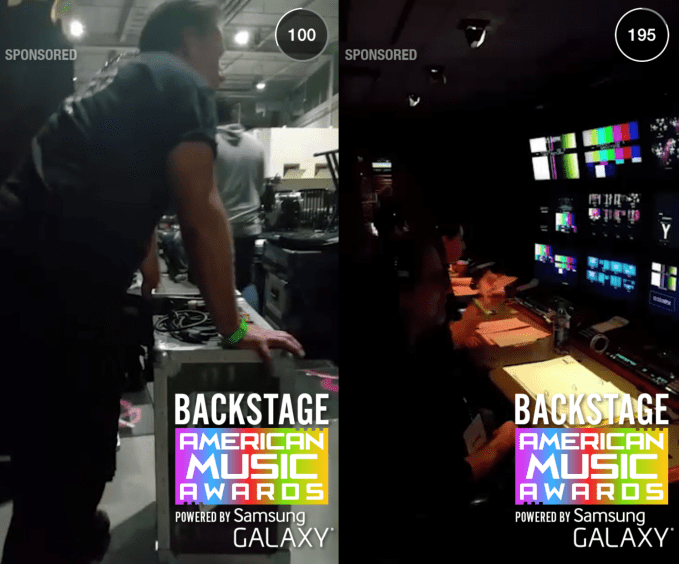 Unfortunately, the Samsung Snaps in the Story feel much less natural or compelling than the user generated content. A bland video of a woman’s feet on the red carpet emblazoned with “AMAs…Powered By Samsung Galaxy” serves as the title screen and first slide. Following some fun shots of celebrities entering the awards show and performing outside, we get a drab “Backstage – American Music Awards. Powered By Samsung Galaxy” video of the production studio editing the taping for live TV. 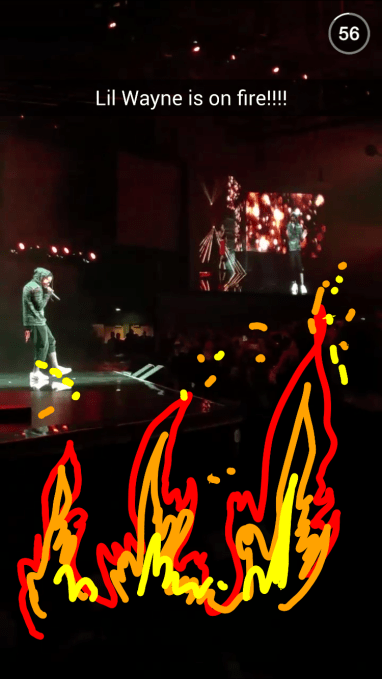 After clips of Taylor Swift performing on stage and One Direction winning an award we get…a stagehand pushing an equipment case through the backstage? I’m not sure who thought Snapchat users would want to see these boring clips of how the AMAs get made. They stick out like sore thumbs, but at least they only last a few seconds and can be skipped with a tap.

Not being forced to watch these ads is an important point. Just like its standard ads that it just began showing, starting with a video promoting new horror film Ouija, Snapchat’s not making them interruptive. Don’t want to watch? Don’t tap. That minimizes the backlash from its fickle youth-centered audience its spent years stealing from competing social apps like Instagram.

Snapchat has done a remarkable job of making Our Story supremely watchable, even for off-kilter events like a hot air balloon festival with no name-brand. That’s because it’s taken great care in curating which events it picks as well as the snaps it shows.

For Sponsored Our Stories to succeed, Snapchat has to maintain that high bar of curation. It can’t allow lame events to get the Our Story treatment, and it has to teach businesses how to make their branded-clips fun. It needs Twitter Samsung Ellen Selfie-quality branded content. Otherwise, the audience that returns to Our Story will disappear faster than…Facebook’s latest standalone app.