Custom apparel startup Teespring, which raised $20 million from Andreessen Horowitz in January, has now closed on a $35 million Series B from Khosla Ventures to continue to fuel its growth and expansion, which includes the addition of a new facility in Kentucky that’s expected to create hundreds of jobs next year. Andreessen also participated in the round for this company, whose platform allows anyone to outsource the production and distribution costs of selling their own custom-designed shirts.

“We’ve actually been talking with Keith for over 18 months, beginning during our time in Y Combinator,” explains Teespring co-founder and CEO Walker Williams. “He’s been a fantastic advisor and we’re excited to have him involved in a formal way as a part of our board. He’s one of the best operators there is and his experience in building and leading industry changing companies is unmatched,” he adds.

Teespring, for those unfamiliar, originally grew out of an idea Brown University grads Williams and Evan Stites-Clayton had after they tried to save a local bar from shutting down by selling a custom “save the bar” t-shirt. They soon began to receive requests from other organizations who wanted to create their own custom tees, too, and realized then that there could be a market for a platform that simplified the matter. 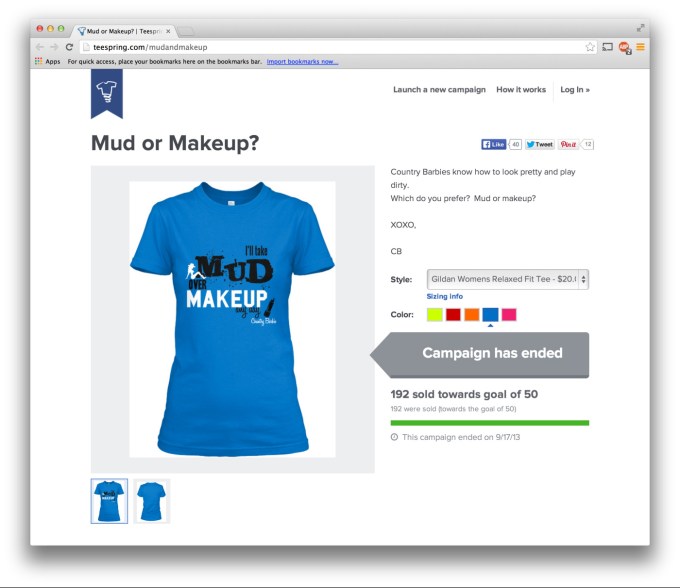 Online, Teespring offers a web-based tool for designing a custom shirt, allowing users to select from styles and quality levels, different fonts, colors, and more. They can then use the service to collect pre-orders for shirts and when their campaign goals are reached, Teespring prints the shirts, ships directly to the buyers, and allows the shirt’s creators to keep the profits.

To date, the company tells us that they’ve shipped over 6 million products to more than 80 countries, and now 1 in 75 people in the U.S. owns a Teespring shirt. Nearly 200 people have sold more than $100,000 on the Teespring platform in just this past year, and 17 people have even sold more than a million. Social media drives more than 60% of Teespring’s sales and mobile accounts for 65% of purchases each month, the company says. 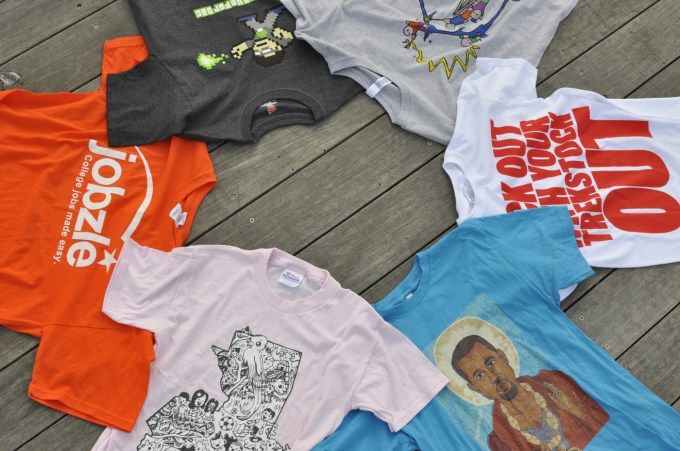 Now the company is working to scale its operations, and will be investing in new tools for sellers as well as its first owned-and-operated production and fulfillment facility in Hebron, Kentucky aimed at increasing Teespring’s manufacturing and logistics capabilities. (Previously, the company worked mainly with a network of printers U.S.-based printers, that are also used by brands whose apparel is sold by larger retailers today).

“Our Kentucky production facility will help us redefine what’s possible in the industry by taking production times from days to hours, and dramatically increasing our capacity and production quality,” says Williams. “It will also have the infrastructure to allow us to explore new product categories faster and more efficiently.”

Notably, Teespring has begun referring to itself as a “custom commerce” company instead of just “custom apparel” hinting at a future expansion into other types of goods beyond the tees, tanks and hoodies it prints today. In fact, earlier this year, Williams had told us that it would expand beyond apparel when the company reached a point when it would be able to take good ideas and make them real, while not compromising the Teespring experience. The new production facility should go a long way toward meeting that goal.

The 105,000-square-foot facility will open early next year and is expected to create 300 jobs in northern Kentucky over the course of 2015. Currently, the company has over 170 employees in San Francisco, Providence, R.I. and Northern Kentucky.