In an historic mission that has taken more than a decade, the European Space Agency has successfully landed a probe called the Philae Lander on a comet called 67P, marking the first time a space craft has ever successfully landed on the surface of a comet.

The probe, which has its own Twitter account, tweeted that it had a new address on 67P.

The space probe weighs about 250lbs and was ejected from spacecraft Rosetta about seven hours ago, falling at a slow speed due to the gentle gravitational pull of the 2.5-mile-long comet. At one point during the first-of-its-kind mission, one of the thrusters on Philae wasn’t working properly and was feared to be an obstacle in a successful landing.

But, all’s well that ends well.

Rosetta took ten years to reach 67P. It had to orbit the earth three times to build up enough momentum and speed to catch up, and then go into a hibernation mode to conserve power, until finally reaching the comet and ejecting probe Philae.

The ESA has confirmed that they are receiving signals from Philae, and

This mission and its success is significant because comets are hunks of planet that are hurling through space, and likely contain information about complex molecules that may contain the building blocks for life.

Philae’s lead scientist Jean-Pierre Bibring told The Verge that “comets have the beauty of having preserved the ingredients with which the solar system formed,” and that 67P’s ice may contain the building blocks for life.

Now that it has landed, Philae will conduct experiments for approximately 60-hours at full power before its battery is depleted. Solar panels will recharge the probe, as long as it hasn’t landed in a shadow.

You can follow along as the story develops here and we’ll be updating you as we learn more.

Also, look at this sick photo taken on Philae’s way down to the comet: 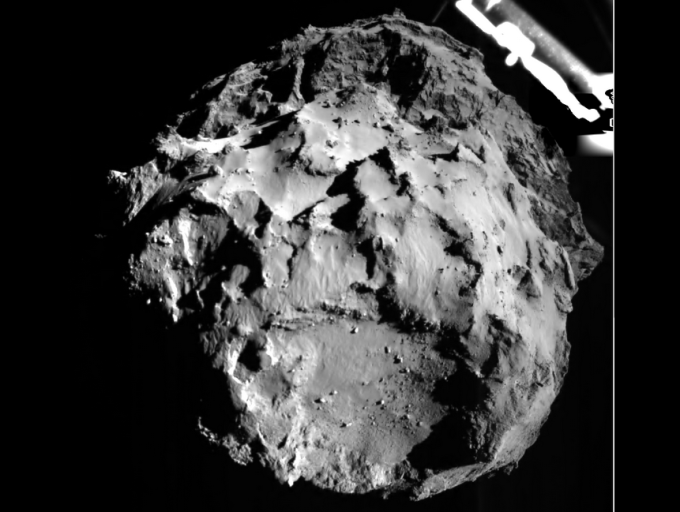