Nothing sells like “free.” Microsoft Word is now the number one free iPhone and iPad application on iTunes, closely followed by other Microsoft Office apps including Excel and PowerPoint. The apps have shot up to the top of Apple’s App Store after last week’s pricing changes. Before, Microsoft had required iPad users to subscribe to Office 365 in order to create new files, and had offered a limited feature set on iPhone. But that all changed on Thursday.

Microsoft finally began to allow more of the public to use its Office apps for free, releasing new unified applications as a part of its Office for iOS suite. The updated apps included integration with Dropbox, and fewer restrictions on use as the company embraced the “freemium” strategy to achieve increased iOS market share.

The company also last week said that 1 billion people use Office, and its Office for iPad product had been downloaded more than 40 million times. Those are decent numbers, of course.

But the company had long delayed the release of Office for iOS as the mobile ecosystem grew, hoping to use Office’s market position as a way to draw users and businesses alike to the Microsoft Windows platform. That gave competitors like Apple and Google room to establish footholds of their own on mobile devices with software that consumers can now access for free. While Google’s online office software had always been free for consumers, Apple last fall announced its productivity apps would also become free and ship with every new Mac and iOS device.

Pundits may say that Microsoft’s jump to this free model is a move that’s too little, too late. But consumers, in droves, are giving Microsoft’s Office iOS apps a shot now that they’ve been opened up more broadly. 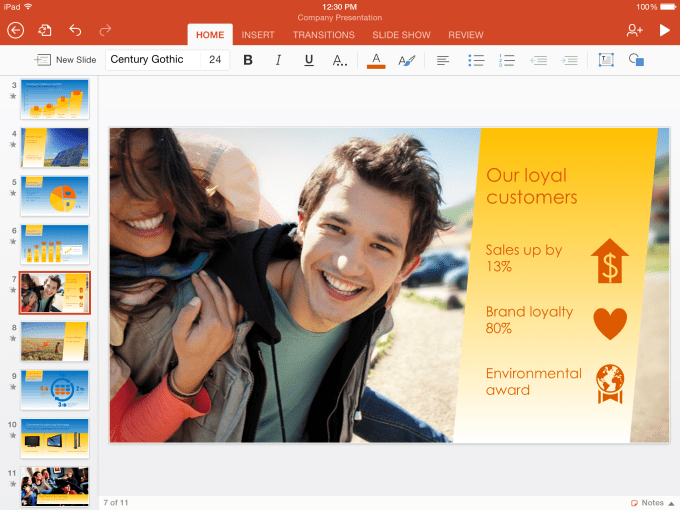 And some of the early iTunes ratings are good, too. One reviewer gave Microsoft Word 5 stars before even using the app because they were so frustrated with Apple’s Pages. Others touted the new price (“free”) as being the biggest advantage, or praised the Dropbox integrations. But many also complained about lacking features or bugs, leaving Word’s overall rating at just 3.5 stars. That indicates Microsoft can still make a number of improvements, at least in consumer’s eyes.

Below, charts from App Annie show the sharp increases in downloads since last week’s announcement. 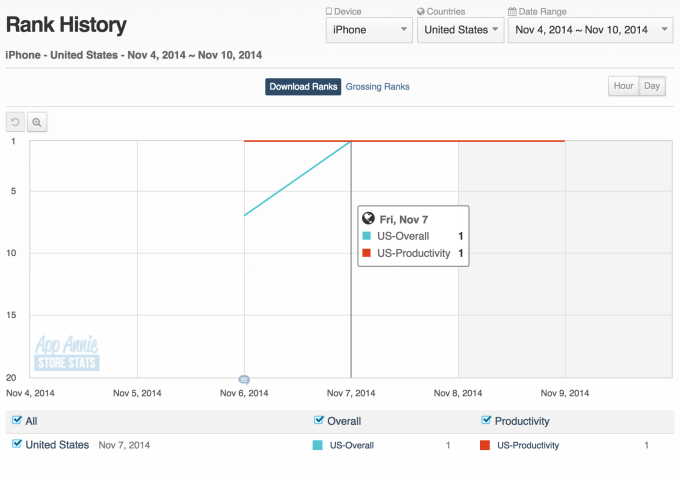 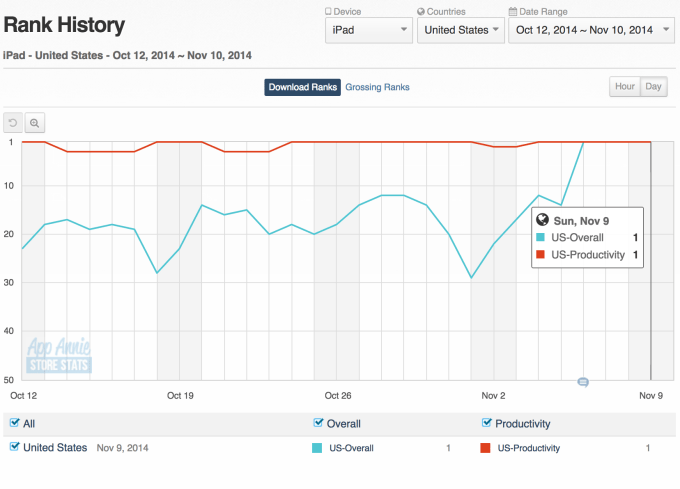 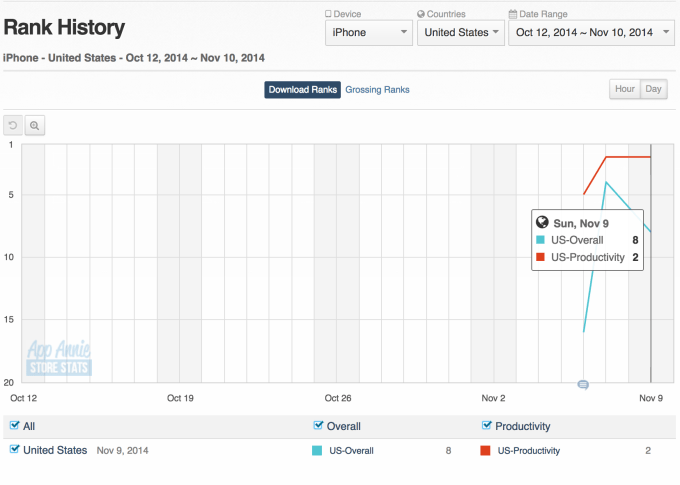 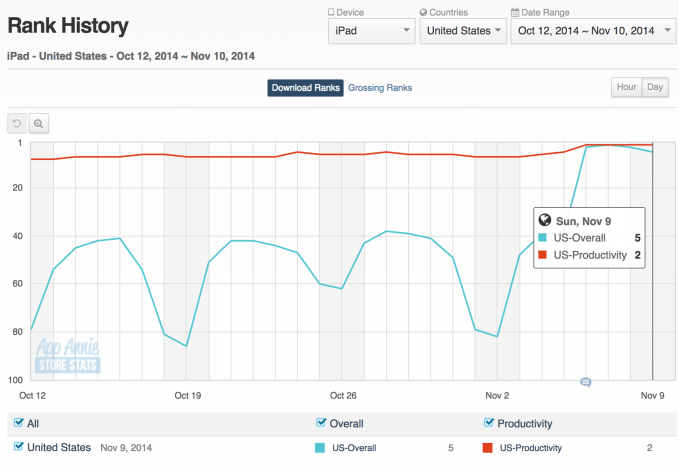 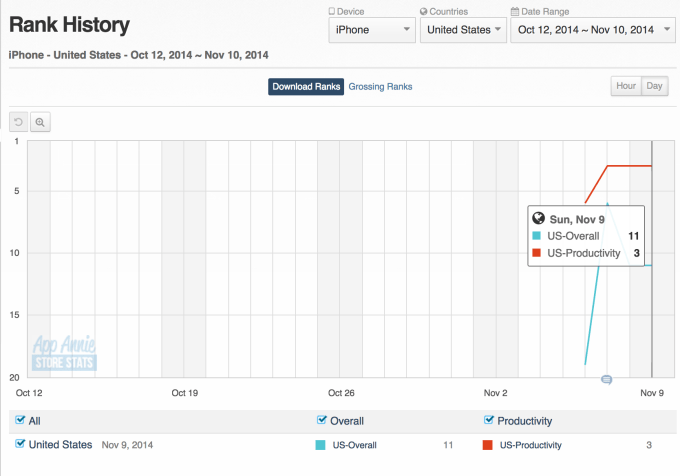 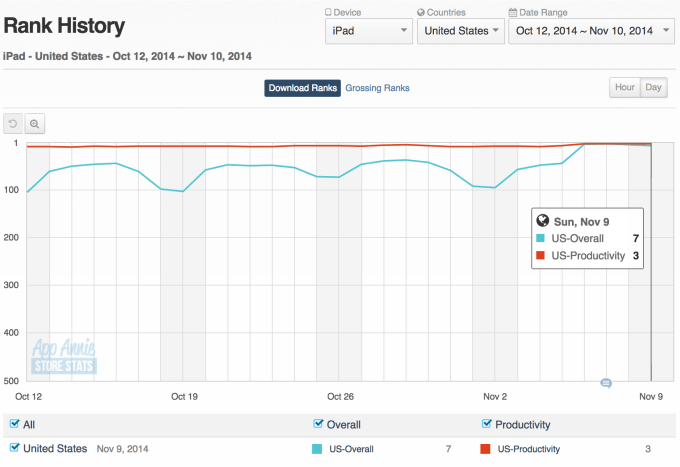