If you want to ride a magic carpet, the Boosted Board is the closest you’ll get until they make that hoverboard run on asphalt. And now there’s an even more powerful model for climbing epic hills or hitting 22mph, and a stripped down model for casual boarders on a budget.

Y Combinator and StartX-backed Boosted Boards launched it Kickstarter back in November 2012 and finally shipped its one electric skateboard with wireless remote in Spring 2014. Since then the company’s CEO Sanjay Dastoor tells me Boosted’s sold “thousands of boards”, even at its previous $2000 price point. Now it’s offering a few different models, all for much cheaper. 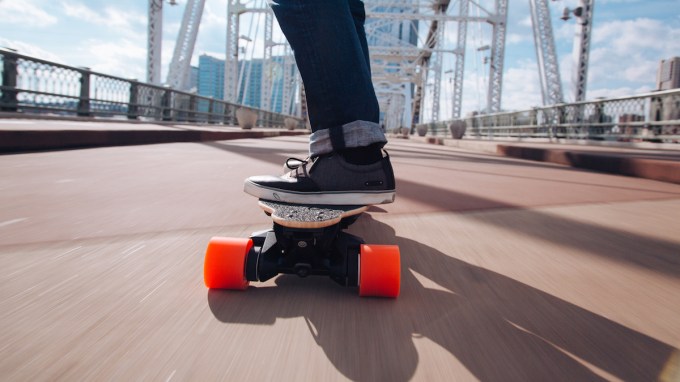 I went down the startup’s headquarters and factory in Mountain View to try out the new boards. You can check out the “feet-on” video above. I’ve ridden longboards for 10 years and have been Boosting since March, so here’s my take on the three models:

$1299 Boosted Dual Drive – The most similar to the original board’s specs, the 15lb Dual Drive is solid for most riders. It has 1500 watts to go 20 mph, climb 15% grade hills, and go up to six miles on a charge. It’s available in limited quantities now.

The ride is comfortable for most riders, especially if you don’t have super-steep hills in your town or feel the need to hit a death-defying top speed. If you haven’t skateboarded a ton, this model will get the job done nicely. 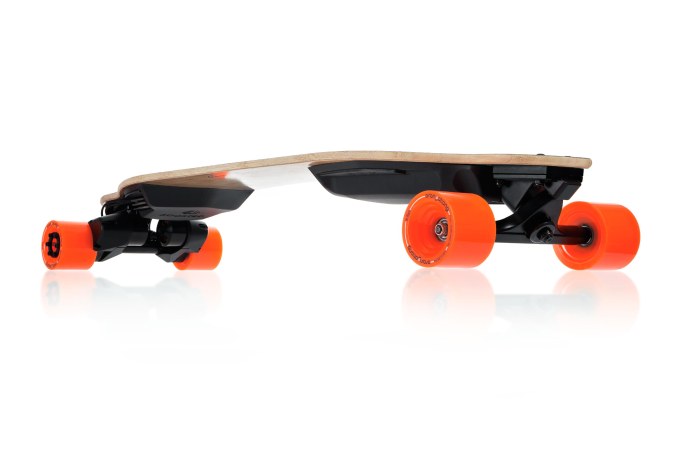 $1499 Boosted Dual+ Drive – The pro-level board takes the original Boosted Board’s hardware and supes it up with new software that makes it more powerful and responsive. It’s a dream to ride if you’re up for exhilaration, and you can buy it now.

The 15lb Dual Drive+ has 2000 watts of power that let it do a brisk 22mph, climb 20% grades that include even some of San Francisco’s steepest hills, and extra torque for super quick acceleration from a dead stop and powerful braking for those sudden stops when someone cuts you off. It’s speed and maneuverability means it will satisfy even hardcore skateboarders. Thankfully, if you have an old original Boosted, in early 2015 you’ll be able to get a free software upgrade if you mail it in or come by the upgrade station the startup plans to bring to meet-ups and board sports events. 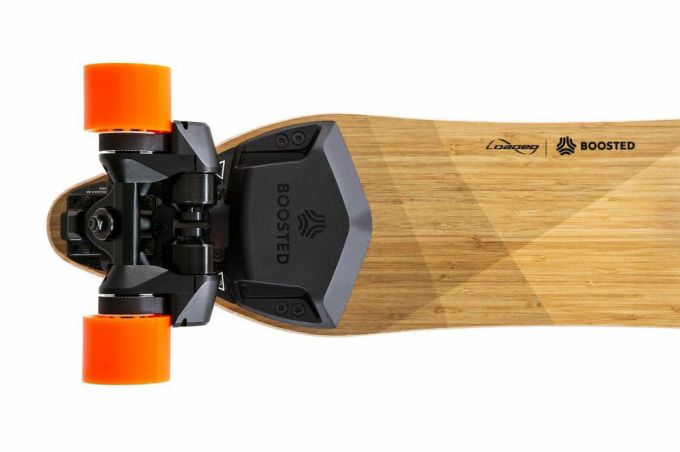 $999 Boosted Single Drive – With just one motor on one of the back wheels, this board is cheaper and lighter though it sacrifices some power and stability. At 13.5lbs, it’s more comfortable to carry, making it useful as a commute vehicle to get you that last mile between the train or bus and your office. The price will make it more affordable for the masses too when it ships in January 2015.

Unfortunately its 1000 watts will only get you up to 18mph, it can’t climb steep hills, and both acceleration and braking are a bit sluggish. Worst of all, if you try to brake or accelerate while turning the direction opposite of the wheel with the motor, it can lose traction so you won’t speed up or slow down. Unless you live in a mostly flat area and just want to go in a straight line rather than making swooping carves like on snowboard, the Single Drive may feel a bit skittish. Personally, I think Boosted Boards went a bit too low-quality with this, and the added braking seems well worth the extra $300 for the Dual Drive. You’re flying above the hard concrete with nothing to strap you in, so safety is big concern. 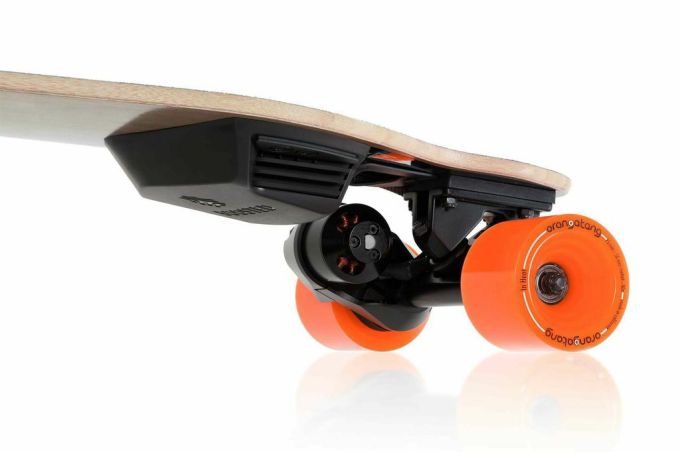 Together, the new set of boards diversifies the potential Boosted ridership. Slow-goers in suits and serious skateboard kooks alike can now find a board for them. For now Boosted Boards is focused on building the core technologies around propulsion, regenerative braking, and remote control.

The real question, though, is whether Boosted will stick just to the skateboard market. No matter how stable the deck or smooth the acceleration, some people just aren’t comfortable riding something standing sideways with no straps and nothing to hold on to. When I asked Boosted Boards’ CEO if the company will branch out to other vehicles like scooters, Dastoor told me it’ll only do it if the the style and portability found in its original project can be maintained. He did admit that his startup could build a badass electric bicycle, and the team has been thinking a lot about that. But it will be tough to beat the Boosted Board’s zen-like breathing motion of carving back and forth across cement like it was snow…while going uphill.