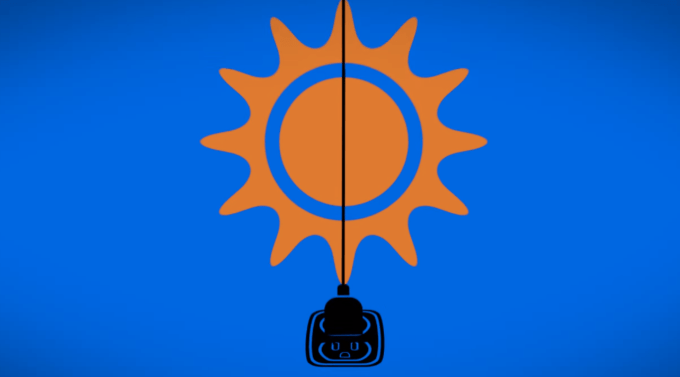 In recent years, incentives from the government to American solar startups combined with tough competition from Chinese manufacturers led to a steep drop in the price of commercial solar installations — roughly 50 percent since 2010, according to Victor Kane, manager of the Catalyst incubator program within the Department of Energy’s SunShot Initiative. The initiative aims to make the price of solar energy cost-competitive with electricity derived from other sources by the end of the decade.

As the portion of solar installation prices accounted for by so-called “soft costs” (like customer acquisition, which can come in at $2,000-4,000 for a $24,000 installation) increased, SunShot has shifted its focus to deal with removing these inefficiencies in the solar business.

This year, SunShot’s Catalyst incubator crowdsourced 130 problem statements involving these soft costs in solar energy by letting the public vote for the issues they deem most important. This drew attention to issues like the difficulty consumers have finding information about buying into solar or the price of inspecting large commercial installations.

In May, the platform opened a secondary crowdsourcing effort to bring in new ideas from outside the solar industry, giving entrepreneurs and engineers alike the chance to submit five-minute videos describing their high-level plans for addressing those big issues. The window for submitting ideas is open until November 7 at 11:59 p.m. EST, so if you’re interested you’ve still got a shot.

Once submissions close, the Catalyst team and external expert reviewers will look at each video and pick up to 20 teams to receive guidance from the National Renewable Energy Laboratory and up to $25,000 in resources to build out early versions of their pitches. Most of those resources will come in the form of challenges submitted to TopCoder, where hobbyist programmers and professional developers will be able to submit implementations of whole applications. SunShot leadership hopes this will encourage more submissions by removing the intimidation of needing to know how to actually build out a solution.

In May 2015, those teams will reassemble for a demo day for investors. The top 5 teams will receive $100,000 to begin building out their ideas as full-on startups. SunShot Initiative director Minh Le tells TechCrunch that the Department of Energy’s goal is for these winners to come out of the program at a point where they’d be ready to join a more traditional Silicon Valley accelerator.