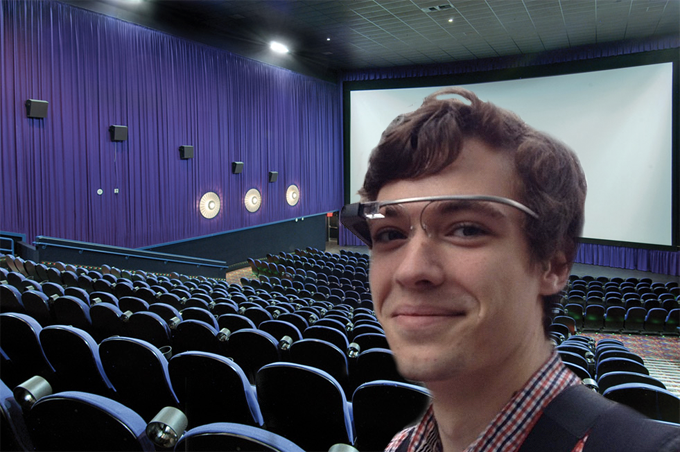 I’m pretty neutral on the whole face-computer thing. Would I buy Google Glass? Nah. But if you want to roll around looking like a broke-ass Robocop, we can still be friends.

But you should take it off your face at certain times, particularly when seeing a camera strapped to your noggin would irk people out.

The MPAA has gone ahead and made that last one an official rule, in partnership with NATO (the National Association of Theater Owners — not that other NATO.) — who, according to Plunkett’s Entertainment Almanac, represents roughly 26,000 theaters across the U.S.

Under the new rules, theater owners will ask anyone with wearable recording devices to turn’em off and put them away. Fail to do that, and they’ll give you the boot. If they have any reason to think you’re recording in the theater, meanwhile, they’ll call the cops.