Most startups that achieved a $1 billion valuation in the past decade came from outside Silicon Valley, according to research from London-based VC Atomico, the VC fund created by by Skype co-founder Niklas Zennström.

Atomico looked at 136 companies that reached the billion-dollar mark after an IPO, sale or publicly-declared funding round over the past 10 years. It found 61% of these companies were created outside the Bay Area. The research site is here and is pretty interactive.

Of the 136, seventy-nine were from the US, 53 from Silicon Valley, 26 from China and 21 from Europe. None came from Latin America, Africa or the Middle East.

However, Zennström believes there is an “irreversible trend” of more of these ‘unicorns’ forming outside the US because of the proliferation of startup ecosystems globally.

However, Atomico’s own data does also imply that the majority will still emerge or at least scale up from Silicon Valley base, even if they may not have originally been founded there, especially given that Google, Apple, Facebook and the rest are often the most likely buyers of significant, high-growth tech companies.

Here is the rest of the findings from their report: 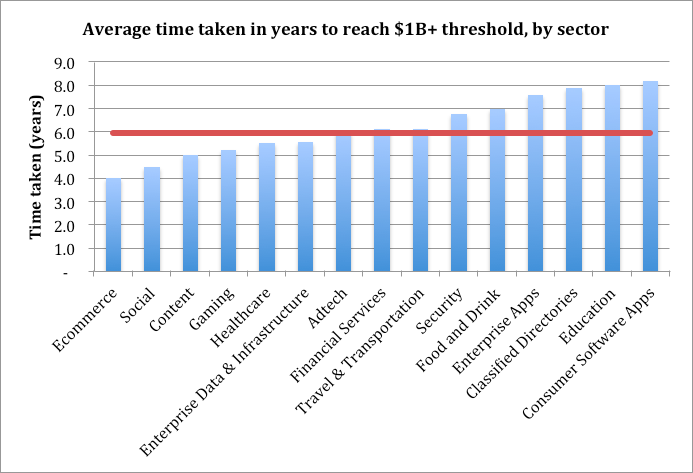 Wide geographic spread across the US, Europe and Asia

Companies from 15 different countries have reached a billion-dollar valuation
US, China & Sweden are the top three countries: the US has 78; China has 26 (of which 16 reached the bar since 2013); Sweden has five; Europe has 21 companies in the set (in this we have included Russia and Israel, with three each), Asia has 35, while North America has 80.

No billion-dollar Internet businesses have been founded since 2003 in Latin America, Africa or the Middle East In absolute terms, Silicon Valley is the single most prominent tech hub with 53 companies. The top five hubs are rounded out by Beijing (17), New York (7), Stockholm (5) and Los Angeles (4)

On a per capita basis, Stockholm is the second most prolific tech hub globally, with 6.3 billion-dollar companies per million people (compared to the Valley with 6.9) 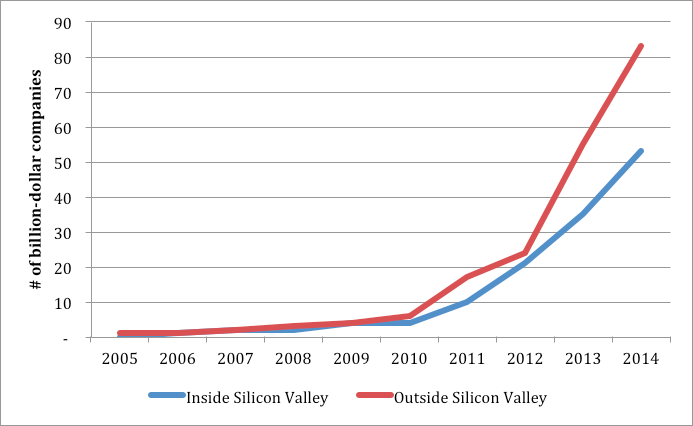 The sectors with the largest number of billion-dollar companies are:

Healthcare (2 companies) and education (1 company) are two of the most obviously under-penetrated sectors in terms of number of billion-dollar companies founded since 2003. Real estate is another huge sector that has seen little disruption, except through the emergence of online classified platforms. 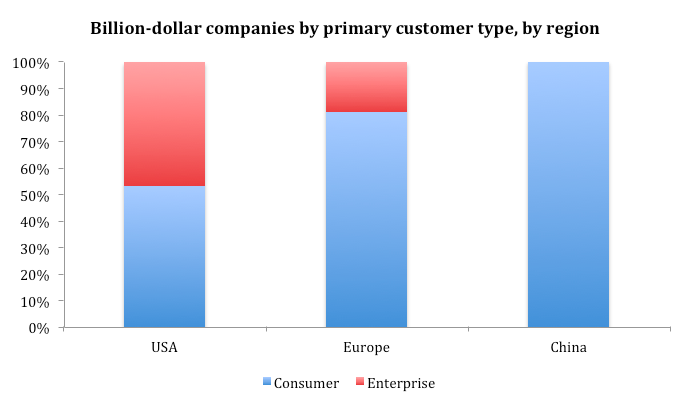 Around half have had a significant liquidity event

48% of the billion-dollar companies have enjoyed a significant liquidity event:
• 43 via IPO
• 23 via M&A

The balance varies significantly by region: 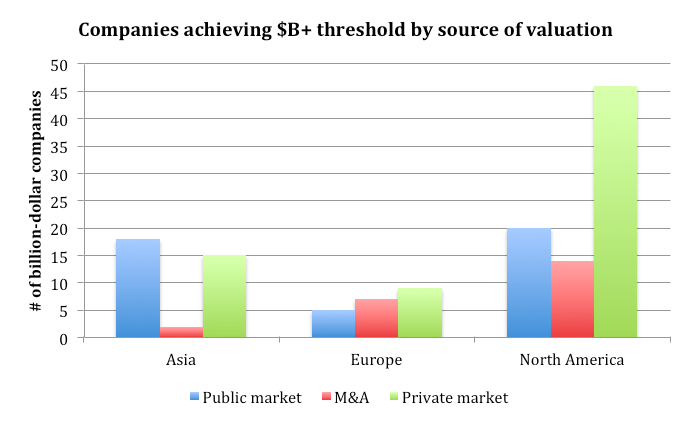