Long before Apple Pay, big brick-and-mortar retail chains were conspiring to sidestep the typical 2% to 3% fees they’re charged by credit card companies when consumers pay with credit. A company called MCX (Merchant Customer Exchange), spearheaded by Walmart, was started to build a mobile payment solution that would become an app called CurrentC that’s preparing to launch, but is already in the app stores.

Rather than NFC, CurrentC uses QR codes displayed on a cashier’s screen and scanned by the consumer’s phone or vice versa to initiate and verify the transaction. The system is also designed to automatically apply discounts, use loyalty programs, and charge purchases to a variety of payment methods without passing sensitive financial data to the merchant. 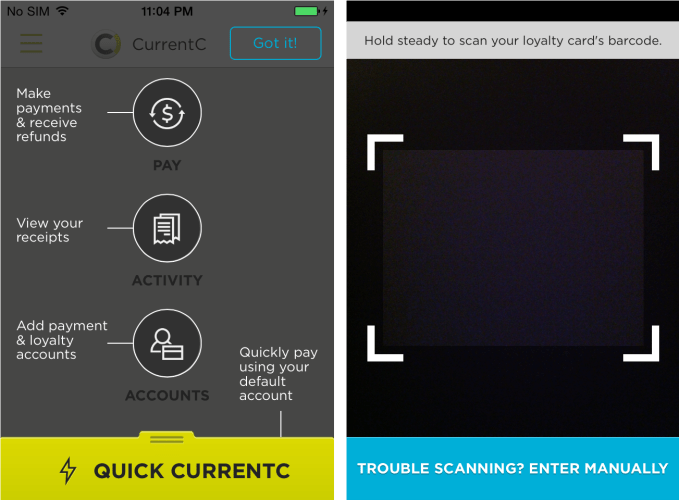 Retailers including CVS and Rite-Aid were planned partners for CurrentC. Now those businesses have pulled unofficial support for Apple Pay through their existing NFC readers, according to a report from MacRumors and a memo obtained by SlashGear. This implies they’ve established exclusive deals with MCX to use CurrentC as their mobile payment option.

Thanks to research shared with TechCrunch by Stanford student and developer sleuth Andrew Aude, we have more details on MCX’s plan and a closer look at the CurrentC app. 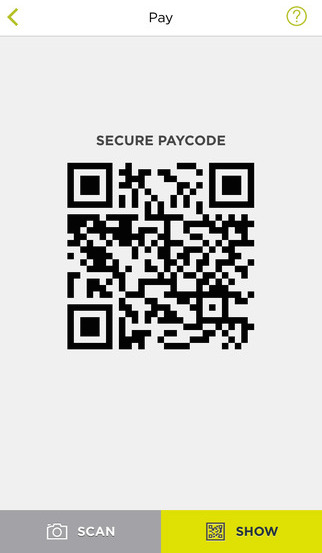 Together, the companies operate over 110,000 retail locations and process over $1 trillion in payments annually, with a significant chunk coming in the form of credit card payments that cost the retailers fees.

Walmart has long voiced its disdain for credit card processing fees that drain its slim margins, and even filed an anti-trust lawsuit against Visa and MasterCard over them back in 2003, but rejected the settlement they offered because it wanted more.

The idea behind MCX was that if enough retailers teamed up, they could convince consumers to adopt their mobile payment system that would let retailers avoid paying credit card fees in the 2 percent to 3 percent range by processing payments through Automatic Clearing House transactions through bank accounts that have much smaller fees. MCX’s app could also help retailers by encouraging loyalty to participating merchants and possibly provide them additional intelligence on their customers.

If MCX’s app caught on, partner retailers could escape tons of fees, which could directly increase their profits. Alternatively, they could use the leverage of MCX and the threat of sidestepping the processing fees to negotiate lower fees with the credit card companies. Former Walmart CEO Lee Scott reportedly once said “I don’t know that MCX will succeed, and I don’t care. As long as Visa suffers.” 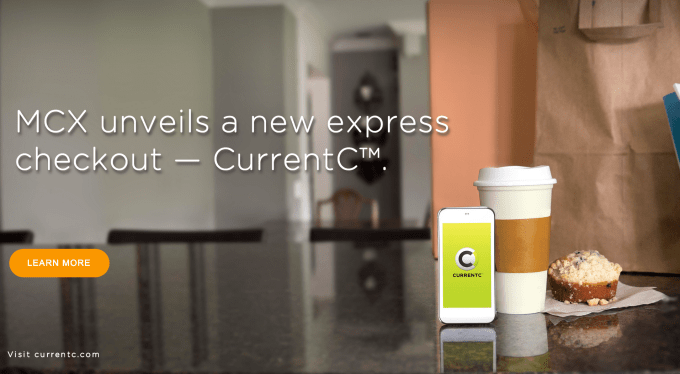 To speed up development, MCX struck a deal to use Paydiant’s white-labeled mobile wallet system on the backend that works with ACH to reduce fees, which was announced in February 2012. Paydiant has raised around $35 million for its payment solution’s development.

In January 2013, Fierce Retail reported MCX had been asking retailers in 2012 to pay a big upfront fee from $250,000 to $500,000 to get on board, and sign three-year mobile payment app exclusivity deals with MCX. Retailers who signed up may have had a one-year grace period from the start of their exclusivity contract to bail out of the deal. If Apple Pay gains steam early, some retailers might look to take advantage of this option to ditch MCX. However, if deals were signed in 2012, that grace period is long gone but retailers may be coming up on the end of their exclusivity agreements even though CurrentC hasn’t launched yet, 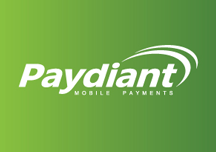 Those exclusivity deals may be why CVS and Rite-Aid are reportedly pulling unofficial support for Apple Pay on their NFC readers. In a memo to employees, obtained by SlashGear, Rite Aid wrote:

“Please note that we do not accept Apple Pay at this time. However we are currently working with a group of large retailers to develop a mobile wallet that allows for mobile payments attached to credit cards and bank accounts directly from a smart phone. We expect to have this feature available in the first half of 2015.

If customers attempt to pay for a transaction with Apple Pay, a message will prompt both customer and cashier for a different form of payment. Please instruct cashiers to apologize to the customer and explain that we do not currently accept Apple Pay, but will have our own mobile wallet next year.”

Until then, Apple Pay may gain steam with more graceful NFC payments, which could make CurrentC’s QR code method seems clunky and undesirable when it finally launches.

CurrentC’s app is now in the iOS and Android app stores, but can only be used by those with an invite code. Luckily, Aude was able to attain these screenshots and information.

When you sign up for CurrentC, you’re supposed to add your bank account. This lets CurrentC process payments for you without retailers having to pay the steep credit card processing fee. You can also add retailers’ loyalty credit cards or gift cards as payment methods. It’s possible that if you already have your bank account connected to a partner retailer’s loyalty or credit card, you may be able to automatically link that bank account to your CurrentC account rather than going through the clumsy standard process. 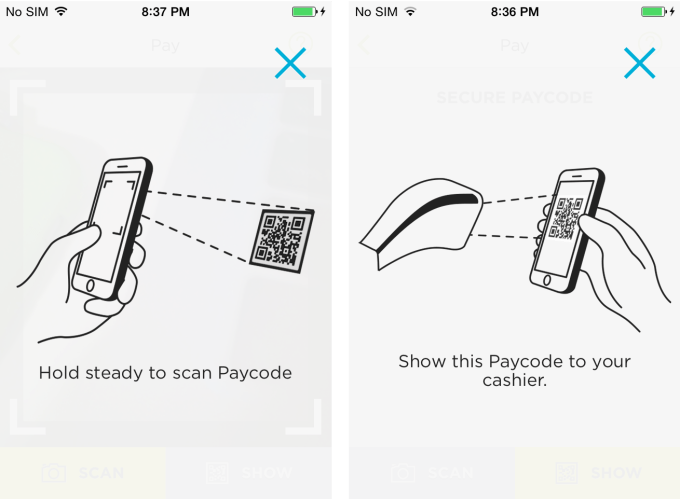 When it’s time for a user to check out, they request to pay with CurrentC. The consumer then unlocks their phone, opens the CurrentC app, opens the code scanner, and scans the QR code shown on the cashier’s screen. In some case, the reverse may happen where the consumer’s CurrentC app displays a payment code and the cashier scans it. If a QR code can’t be generated, a manually entered numeric code may be offered.

Rather than sending the customer’s financial data over the air, transactions trigger the transmission of a token placeholder. This is then securely converted by the financial institution to process the ACH payment and charge the user.

CurrentC also has a method in place for paying at gas station pumps. It shows the consumer a code on their phone that can then be entered on the pump keypad to initiate a CurrentC payment. 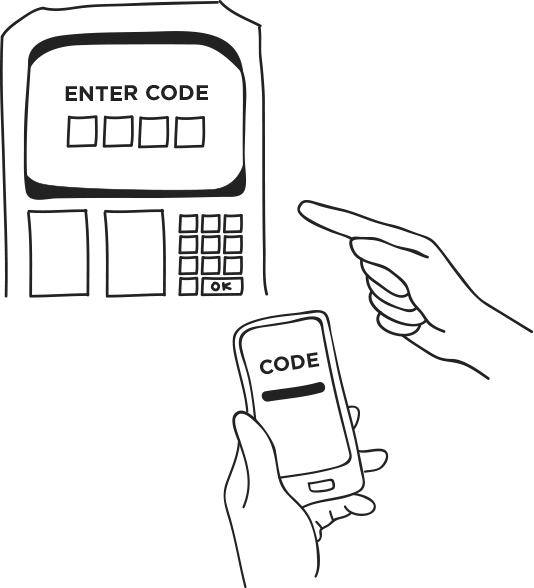 CurrentC includes a merchant map for finding participating retailers. Discounts and coupons will be automatically applied to the purchase, and any loyalty program points will be automatically pegged to the customer’s account. CurrentC users will also be able to check their receipts in the app. These loyalty and discount programs may be the main selling point retailers use to try to convince customers to sign up for CurrentC. 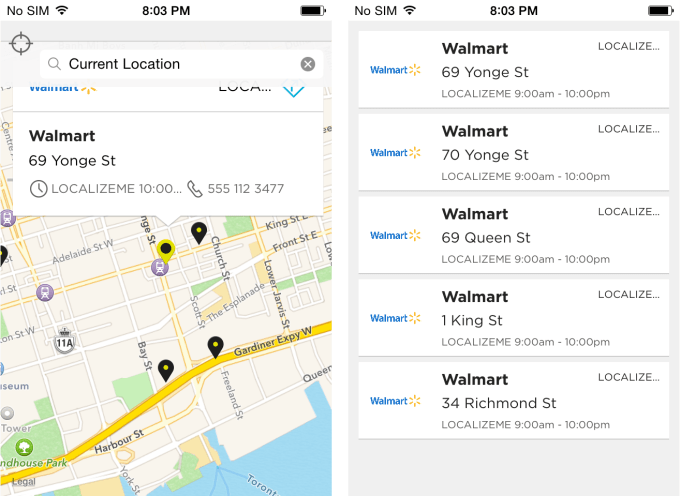 One refreshing inclusion in the app is a visual breakdown of what data CurrentC receives from users, who it can be shared with, and what data sharing is optional.

CurrentC notes it may share info with your device maker, app store, or developer tool makers. Oddly, it will collect health data. Precise location information is used to verify you’re at the retailer where you’re making a transaction, and if you opt in it can be used for marketing or advertising. CurrentC notes that you can opt in to be able to capture and store photos in the app for a hypothetical visual shopping list or other features down the road.

After his investigation of the app, Aude told me “CurrentC borders on the creepy line” due to it pulling health info. He also that found that its Terms Of Service leaves high liability for fraud to the user if someone else is able to get access to a user’s phone and make CurrentC payments.

Will Anyone Want CurrentC? Probably Not

CurrentC is now being tested at some retail locations in Minnesota. Before CurrentC can rolled out, point of sale systems at retailers need to be modified, which can take time and explains the early 2015 launch date cited in the internal Rite Aid memo obtained by SlashGear.

CurrentC doesn’t rely on new technology like NFC or Bluetooth LE, so it will likely be compatible with older iPhones and Androids, unlike the iPhone 6 and 6 Plus-only Apple Pay. That could give it some broad appeal. MCX will also tout the automatic discount and loyalty programs that could appeal to bargain hunters.

The problem with the CurrentC system, as John Gruber points out, is that it’s based more around solving the retailers’ credit card fee problems than the consumers’ payment friction problems. Users have to open their phone, open CurrentC, open the scanner, scan the code from the cashier, and wait for the transaction to be confirmed. That may present more friction than simply paying with a credit card, and it’s certainly harder than a quick Touch ID verification and tap of Apple Pay. 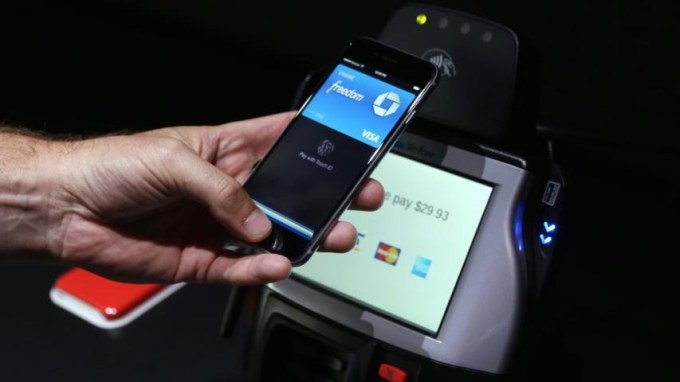 The only way CurrentC has a real chance is if it can organize some big discount for all CurrentC payments across retailers. For example, if it said you’d get 5 percent off for paying with CurrentC, some people might be willing to use it. In the short-term, this would eradicate any savings on credit card fees for the merchants. But eventually, if the app gains a loyal user base it could scale back those fees to start reaping the benefits of sidestepping credit cards.

If CurrentC doesn’t offer a vivid value proposition to consumers, it’s likely to go the way of the dinosaur while Apple Pay pushes the evolution of the rest of the mobile payments industry.