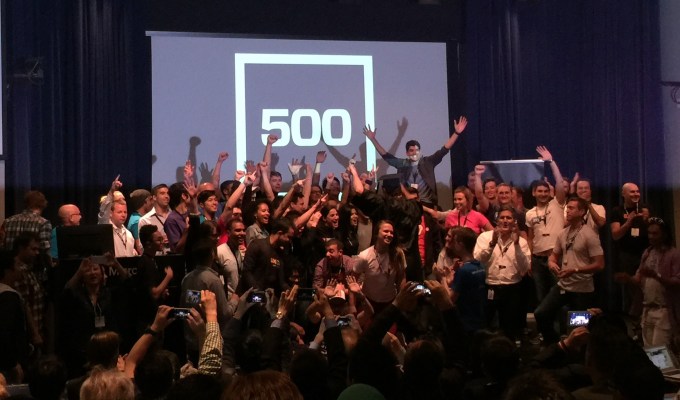 Time just keeps flying by, as it’s already demo day for 500 Startups‘s tenth batch of companies. We spent the better part of this afternoon watching the companies in the accelerator’s latest batch put their best face forward for a group of investors at Microsoft’s campus in Mountain View, Calif., and we’ve rounded up the most exciting companies that presented.

As with our coverage of the last batch, we didn’t want to just throw a bunch of short descriptions of each company into a post and call it a day. We selected the following companies based on the quality of their early products and the market they’re addressing. In no particular order:

While fitness-tracking bracelets may not be the sexiest hardware segment at the moment due to commoditization and incoming competition from the likes of Apple and Google’s Android OEM partners, their presence in the mainstream market and the release of OS-level services like Apple Health and Google Fit have opened the door for more advanced sensors to give fitness lovers even more insight into their workout routines.

GymTrack is hoping to capitalize on this opportunity by building proprietary sensors that can be retrofitted onto the equipment gyms already have in use. With these sensors in place, gym attendees can have data from all of their workouts — including strength and cardio training — saved to their phones and have a virtual gym trainer provide encouragement and progress updates through voice notifications throughout a workout.

Whether its for moral reasons, internal incentives, or just budget concerns that come from dealing with disposing of harmful chemicals, many businesses and public institutions have stepped up their efforts to buy sustainable goods and supplies.

ProductBio is building a tool that simplifies that process for such institutions, collecting data on the materials and supply chain involved in thousands of products. In addition to cutting out much of the research involved in finding the right balance between cost and sustainability, ProductBio’s platform automatically compiles sustainability reports for those users who need to prove that they’re supporting products that are made ethically without damaging the environment.

Neighborly’s pitch is that it’s modernizing the process for investing in municipal bonds, an asset class that can provide regular returns while also giving the feeling that you’re being a good citizen by contributing to the development and growth of your favorite city.

Instead of buying a municipal bond through a brokerage that completely separates the asset itself from the work that’s going to be done with the money put in, Neighborly lets users see why a local government is issuing bonds as well as the total amount they’re raising.

In the smartphone app market, developers have as little as a few seconds to prove to users that they aren’t wasting their time by installing and playing with an app. Just as analytics have helped content creators on the web optimize things like page and video length to increase engagement, UXCam’s “usability analytics” let developers see where the pain points are in their apps.

By integrating UXCam’s APIs, developers can see exactly how people are using their apps. This can be as simple as looking at which “pages” in an app are most popular to watching a “video” of app usage showing where on the screen people are tapping and swiping, giving the granular insight that can point out things that might not be obvious intimately familiar with their own products, like users expecting there to be a “pull-to-refresh” gesture in an app whose primary interface is a stream of info or providing an easy-to-spot back button to get out of transactions in an e-commerce app.