Smack dab in the middle of last week, Google announced two new pieces of shiny: the Nexus 6 phone, and the Nexus 9 tablet.

Alas, both announcements came by way of blog post, rather than the standard fanfare-filled physical event — meaning no one actually got to touch the devices.

While the amount of time I got to spend with each device is by no means enough for a full review, it was enough for those oh-so-important first impressions.

The short of it? These things are gorgeous.

The Nexus 6 is about twice the price of its Nexus 5 predecessor ($650 vs $350) – a difference that Google makes up, at least in part, in the device’s aesthetics. The Nexus 5 never felt cheap by any means; it was, at worst, generic. The Nexus 6 meanwhile is undeniably more polished, and looks like a higher-end smartphone should.

I was worried that the Nexus 6 would feel absurdly huge in my hand… but it didn’t. Bigger than my Nexus 5, of course — but if you’re comfortable holding an iPhone 6 Plus, you’d be fine with the Nexus 6. The two devices are absurdly similar in their dimensions and overall heft in the hand; close your eyes, and you’d probably have a hard time figuring out which is which without poking around to find the buttons.

We only got to spend a bit of time with the Nexus 6’s 13 megapixel camera (we’ll give it a proper spin in a review in the coming weeks), but it seems like an instant and immediate improvement over all Nexus prior. It boots quickly, and the shot-to-shot shutter speed seems as snappy as you could hope for.

You can find our hands-on with the Nexus 9 here. 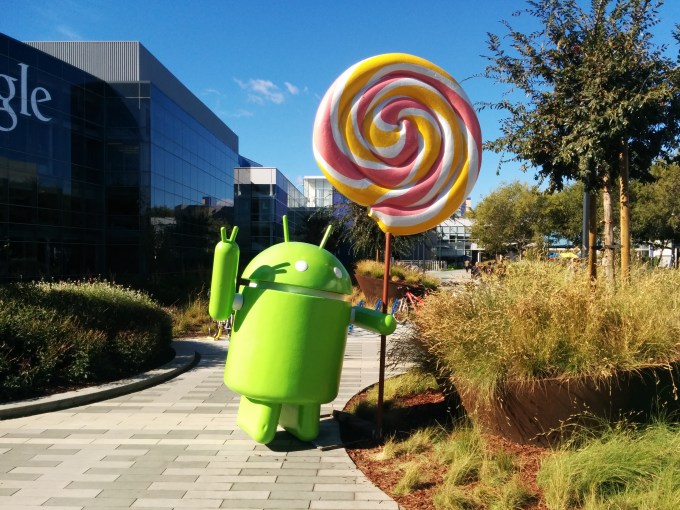 The Nexus 6 is running Android 5.0 – the very latest edition, otherwise known by it’s traditionally-sweet codename of “Lollipop”. While it brings many new APIs for developers to tinker with (Google estimates it at around 7,000), the most obvious change is an overhaul of its user interace.

At least running on a freshly-unboxed Nexus 6, Lollipop is smooth. Ridiculously smooth, even. Every animation (and Lollipop/Material Design uses a lot of animations and transitions) ran like butter, refusing to stutter even when I tried to trip it up by loading many apps in rapid fire.

A few neat things I noticed about Lollipop:

We look forward to giving all of the above — the Nexus 6, Nexus 9, and the Android 5.0 platform that ties them all together — in the coming weeks. Stay tuned for our full review in November. 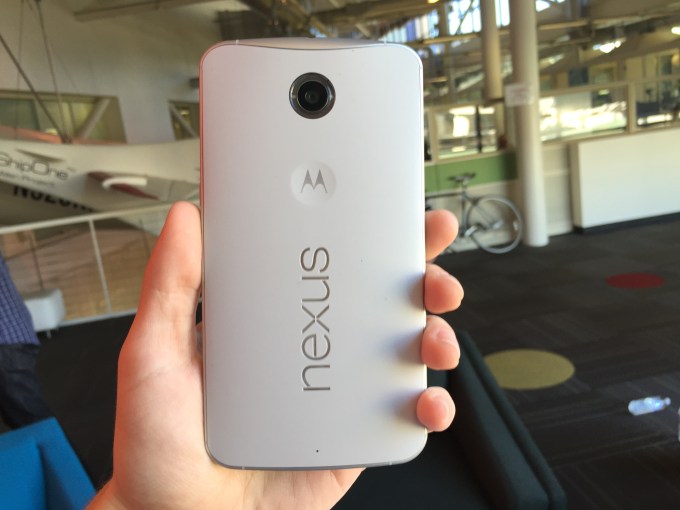