“In the world of cloud computing, APIs are the new currency,” Microsoft’s VP of its developer division S. “Soma” Somasegar told me last week. But if that’s true, then how can you best create an API for your services? There are a number of API management services on the market — and some of them sold for a lot of money recently — but you won’t find all that many API creation tools out there. That’s the niche InstantAPI, which is launching at TechCrunch Disrupt Europe today, is going after. With InstantAPI, developers can create an API for their services and publish them in minutes.

As InstantAPI co-founder and CEO Scott Ling told me last week, he had been thinking about a service like this for a while and first started working on what would later become InstantAPI in early 2013. The team then canned the idea for working on a quantified-self startup for a bit, but after this “stupid diversion,” as Ling called it, the team went back to working on InstantAPI. Since it first announced its existence a few months ago, the company signed up about 17,000 developers who are now waiting for access to the platform. 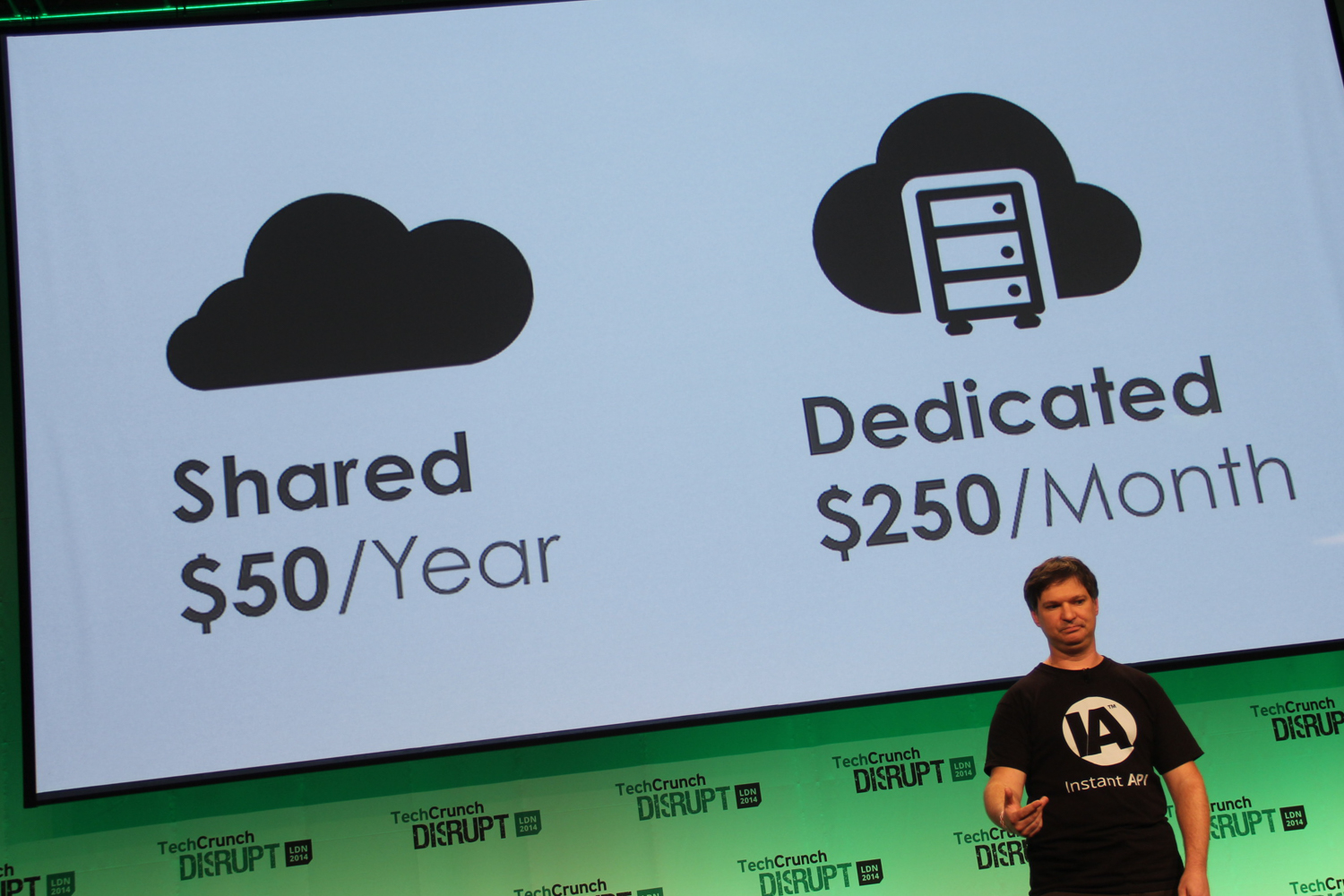 With InstantAPI, any developer who knows how to access a database can also create an API. The service currently supports MongoDB, MySQL and Cloudyn, but support for a wider variety of technologies is in the works, and Postgres support should launch in the coming weeks, for example. To get started, a developer simply has to create an account (there is one account per API, not user) and configure access to the backend service. InstantAPI also distinguishes between data APIs and service silos, i.e. APIs that only access databases and those that offer other features (think Facebook’s APIs). Once the system has access to the backend, the developer simply has to map the data that is supposed to be exposed over the API to the REST API by writing standard database queries. In the background, InstantAPI will even write a draft of the API documentation, and once you hit the publish button, the API is live.

Once everything is up and running, InstantAPI will quietly monitor your API’s health — and that of your backend databases or services — and alert you when it looks like something has gone wrong. Over time, as more developers sign up for the service, this could also allow the company to provide other vendors with interesting data about their services. Overall, however, InstantAPI doesn’t want to get too deeply into the API management business. As Ling told me, the idea is to offer all of the essential features to create and run an API (stats, user management, caching, security, etc.), so there is some overlap there with API management services like Mashery anyway, but the focus for the time being is going to be on API creation.

The company has a pretty straightforward business model. It offes a very limited freemium/trial plan that allows for only 200 API calls per day. At best, that’s good enough for a quick test of the service and InstantAPI will likely kick users who don’t convert to a paid plan off its service after a while.

Paid plans with the ability to host private APIs start at $50 year for hosting on InstantAPIs shared platform (which runs in Softlayer’s data centers for the time being) and the business package for enterprise users who want to run the service on dedicated servers (or on their own metal) starts at $250 a month. That’s a pretty big gap between the two paid plans, but Ling tells me that the team is seeing quite a bit of demand for the pricier plan as enterprise start to realize how much money they can save using InstantAPI versus building their own APIs from scratch. The company argues that it can save a company up to $10,000 per API per year.

Ling hopes to get 10,000 APIs onto its platform as quickly as possible — and then get to 100,000 soon. The reason for this is that the team also looks at InstantAPI as an API discovery platform. And there more APIs there are, the more interesting that service becomes. What exactly that will look like remains to be seen, but as Ling noted, “once you have lots of apps on the platform, the marketplace changes.”

InstantAPI was founded by Ling (CEO), Sunil Kumar (CTO), Jay Reed (COO), Mimi Ling (CFO) and Lukas Druks. The company is mostly self-funded, though it did raise some money when it participated in the Tech Wildcatters accelerator earlier this year.

How do you respond to engineers who think they can build this themselves.

Building an API isn’t that hard for an engineer, but when it comes to scaling it and doing more complex integrations, it can take a long time. With us, they can be up in five minutes.

Can you talk more about the companies that have signed up.

We were surprised by how many enterprises approached us. Because of this, we are now hiring enterprise sales people. When it comes to the enterprise, barriers to acceptance and how you sell changes radically.

Can you talk more about the team?

We have two technical people. A product manager, our CPA Mimi and people who help us with design, etc.

Who are your competitors? Mashape?

Mashery, Layer 7, etc. But we don’t do API management beyond what we have to do.