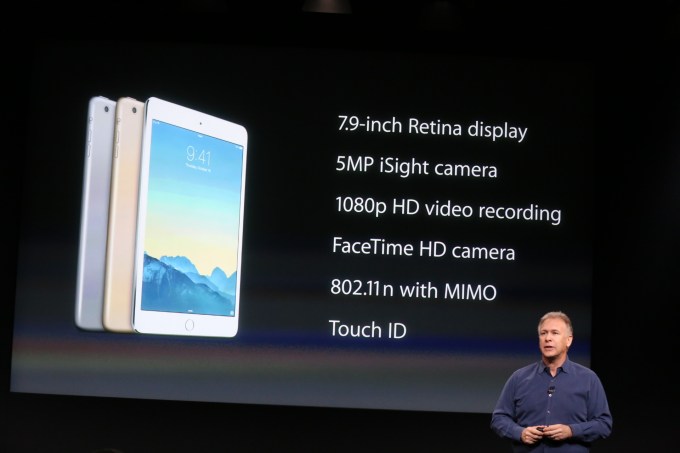 Update: Apple’s specs page for the iPad mini 3 says that it has the A7 processor, not the new A8 that debuted in the iPhone 6 and 6 Plus.

This year’s small form-factor tablet from Apple is called the iPad mini 3, dropping the distinction between the original iPad mini and last year’s mini with Retina.

It’s got the same A7 system-on-a-chip as last year’s model (as opposed to the beefier A8X in the new iPad Air 2). Like its bigger sibling, the iPad mini 3 receives Apple’s Touch ID fingerprint scanner and will come with iOS 8.1, meaning you’ll be able to use it with Apple Pay for online purchases.

There’s also a new pricing scheme for the iPad mini, impacted by the fact that Apple will continue to sell the original iPad mini, as well as last year’s Retina model. The price of entry for the iPad lineup is now only $249 (if you’re willing to use 2-year-old hardware), but it also means you can get last year’s A7-powered Retina wonder for only $299. As with the new iPhones and the iPad Air 2, the new iPad mini 3 will be available in three tiers, priced by storage: 16 GB, 64 GB, and 128 GB. 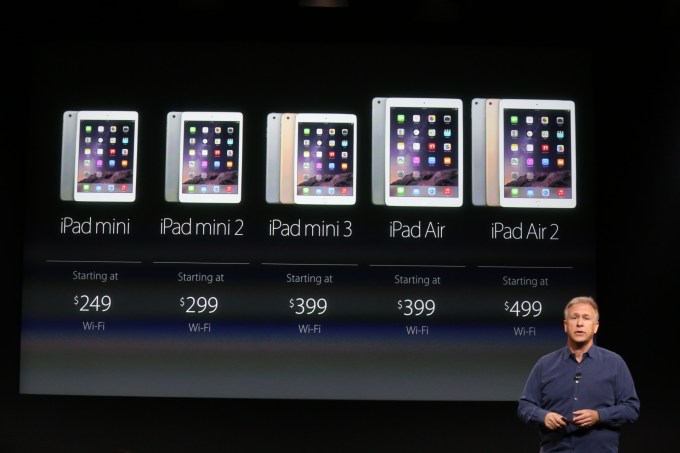