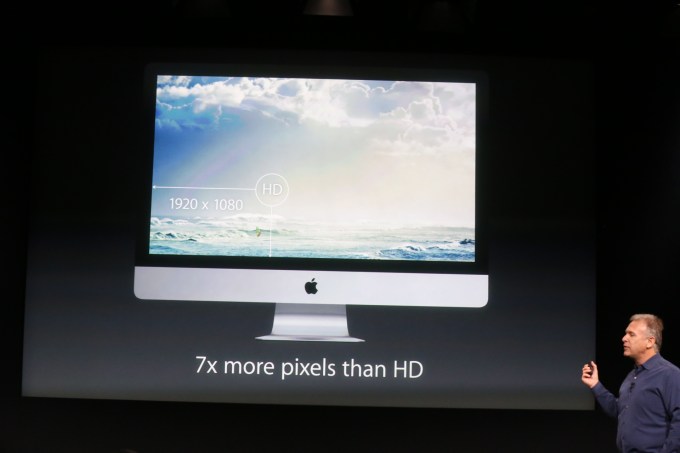 In addition to showing off updates to the iPad lineup, Apple today announced this year’s new iMac, the first Apple desktop to receive a Retina display.

Packaged in a thin body like the last few iMacs, this new all-in-one packs a 27-inch Retina 5K display with 14.7 million pixels (67 percent more than even 4K) and will come with Mac OS X Yosemite, the operating system Apple debuted at WWDC back in June.

This new iMac is, by far, the most powerful all-in-one that Apple has ever released. They’ll start with a 3.5 GHz Intel Core i5 and AMD’s mobile Radeon 290X graphics chip, both of which you’ll be able to upgrade (to a 4.0 GHz Core i7 and a mobile Radeon 295X GPU, respectively). All of that will start at $2,499, putting it in the same ballpark as Apple’s other high-end desktop, the Mac Pro.

If you’re willing to drop that kind of cash on a computer, you don’t have to wait long – Apple says that the new iMac will be available to order today.