Moolah, a digital currency startup that had a particularly prominent role in the development and demise of dogecoin, has announced that it will shut down at the end of October.

The company, which is just 10 months old and provides a range of services for virtual currencies like bitcoin and dogecoin — including a currency exchange — will close on October 31. Moolah says it will file for bankruptcy and dissolution thereafter, but its existing customers will need to remove all currency from their accounts before the end of this month.

Moolah is best known for its controversial role in the dogecoin community. Initially the company was seen as a force that helped grow the virtual currency, which was started as a joke but showed promise for ‘Internet tipping’ and microtransactions. But later tension between Moolah founder Alex Green and the team that started dogecoin, caused a major rift among its supporters and users. The Daily Dot recaps the history and suggests that the aggressive tactics of Moolah (and Green) were directly responsible for the virtual currency’s demise.

Jackson Palmer, one of the founders of dogecoin, gave his account of Moolah’s role in the dogecoin story — which included an effort to trademark the phrase ‘dogecoin’ — to TechCrunch’s John Biggs earlier this year. Needless to say, Palmer is not surprised to see the company disappear.

So why is Moolah closing down?

Essentially, it has run out of money, according to what Green said in a blog post:

While we have a solid consumer and merchant platform, our monthly costs to cover support, legal and operational expenses now greatly outweigh our incoming cashflow. In the space of a single month, we have rapidly burned through our reserves and are now in the position of having a negative balance sheet. Losing certain clients that we relied on for revenue, means that we do not have the funds to continue paying staff, or pay our suppliers. Our costs over the first year have been astronomical in terms of legal and operational expenses, and our staffing costs now greatly outweigh our incoming funds.

The trademark efforts almost certainly weighed on the startup’s finances, while the up-and-down nature of virtual currencies in general makes it difficult to build a business in the space. Bitcoin, the most notable cryptocurrency, saw its valuation top $1,000 in 2013, but today it is worth just $400, proving just how volatile things remain. 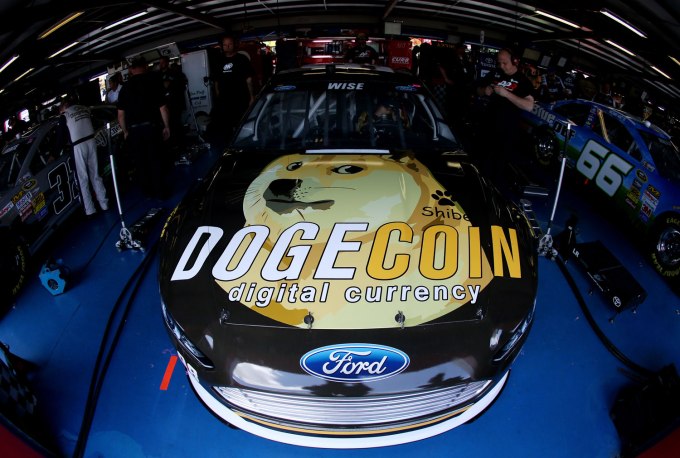 Green says that a last-ditch effort to save the company by winning business in Asia was unsuccessful, but it isn’t quite curtains for all of Moolah’s properties.

MintPal, an exchange that Moolah took over in July, has been transferred to new management, though that new team is focusing on “handling the resolution of issues surrounding missing balances” — which suggests that the service has not been without its problems, too.

Many from the dogecoin community will not mourn the passing of Moolah, given its divisive role, but its downfall is yet another example that success in virtual currencies is reliant on a solid business plan and execution.

Mismanagement led to the fall of early bitcoin leader Mt.Gox, and there are elements of the same maverick style with how Moolah has been run — chasing after a trademark, for example, seems like a financial drain for a company that is not even a year old. Companies like Coinbase, which has raised more than $30 million and recently secured a significant partnership with PayPal, are the power players with the best shot at taking the virtual currencies mainstream.