In response to the New York Times’ report that he’s leading a team working on an anonymous forum app for Facebook, product manager Josh Miller posted a tweetstorm saying apps need to serve a function, not just provide anonymity, “but can’t wait to show you what we’ve built.” He notes that what he’s created isn’t a clone of anything, and that anonymous apps can breed damaging gossip if not carefully designed. He explains “Focus should be on what human desire you want to enable, not anonymity as the focal point.”

Miller is the founder of the startup Branch that Facebook acquired in January. Branch allowed Twitter users to more easily have contained discussions. At the time, Miller wrote “We will be forming Facebook’s Conversations group, based in New York City, with the goal of helping people connect with others around their interests. Their pitch to us was: ‘Build Branch at Facebook scale!’ Although the products we build will be reminiscent of Branch and Potluck, those services will live on outside of Facebook.”

Soon, that work on the Conversations group will be released. He tweeted:

The tweets suggest that Facebook didn’t just build a clone of Secret, or an a pseudonymous chat app like the old Internet Relay Chat. Instead, Miller says his product does something different than apps before. Anonymity isn’t the end-all, be-all.

The tweetstorm comes in response to an article by Mike Isaac of the NYT, who wrote yesterday about Facebook, saying:

“The company is working on a stand-alone mobile application that allows users to interact inside of it without having to use their real names…The app, which is expected to be released in the coming weeks, reveals a different, experimental take on Facebook’s long-established approach to identity.

The project is being led by Josh Miller, a product manager at Facebook who joined the company when it acquired Branch, his start-up which focused on products that fostered small, online discussion groups…The point, according to these people, is to allow Facebook users to use multiple pseudonyms to openly discuss the different things they talk about on the Internet; topics of discussion which they may not be comfortable connecting to their real names.” 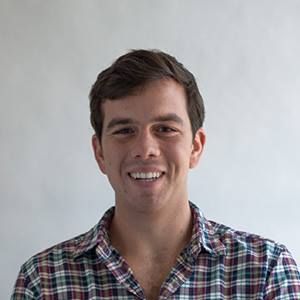 One open question is how Miller’s product will interact with Facebook Groups, which have become immensely popular over the years. In January, Facebook CEO Mark Zuckerberg said Groups now has 500 million users.

During an on-stage talk with me in November 2013, Zuckerberg hinted that Groups might get its own chance to shine on mobile, rather than being buried in Facebook’s main app. Zuckerberg said “About 20% of the time people spend in mobile devices is on Facebook, so having these experiences tied in is a good way to seed them. But if you have something like Groups, it’s always going to be kind of second-class in the main Facebook app, or even messaging for that matter. In order to make these things really be able to reach their full potential, I do think over time we’re going to have to create more specific experiences.”

If Facebook users could interact with Groups anonymously, they might be willing to participate in discussions about more sensitive issues like health, relationships, or professional struggles that they’d be scared to comment on with their real name.

At its f8 conference in April, Facebook revealed that it had devised a way for users to anonymously log in to apps using their Facebook identity. Whether its with existing Groups or new forums, Miller’s confirmation makes it sounds like we’ll see a Facebook-built fruit of that feature soon.