The man behind the popular NextDraft newsletter, Dave Pell has a slight smirk on his face as he slowly makes his way out of his dimmed SOMA office to greet me. He’s tall. I surmise about 6’3″ and has a firm handshake. His office is tucked away in a somewhat-hidden area behind double doors on the first floor of a nondescript building. It’s the squarish kind with mirrored windows on the outside. It reminds me of corporate America.

I’m early and Pell is still preoccupied with something rattling around in his head. “Have you noticed right now one of the most interesting trends is that issues in sports are spilling into issues of society? You have a ton of discussion about spousal abuse, not blaming the victim… and where do we draw the line in speech with the [Washington] Redskins?” He asks me as we plop down on the plush gray sectional in the lobby. He’s just hit the publish button on the latest version of NextDraft.

For those unfamiliar, Pell breaks down the day’s “most fascinating news” and sends it out to over 160,000 readers via email newsletter and app every afternoon. Themes are parsed out over 10 sections with Pell’s own witticisms and personal anecdotes about his kids and life sprinkled throughout.

Pell and his wife Gina are old-school Silicon Valley — they’ve been here since the 90’s internet boom. Gina founded online style and culture website Splendora, which has since been gobbled up by video shopping site Joyus.

Pell made a key investment with Biz Stone, Ev Williams and Noah Glass’s podcasting platform Odeo in early days and has been a part of the initial investment rounds for GrubHub, Marin Software, HotelTonight, Liftopia, Automatic, and quite a few other Silicon Valley giants. He’s editor of NextDraft by morning, VC in the afternoon. 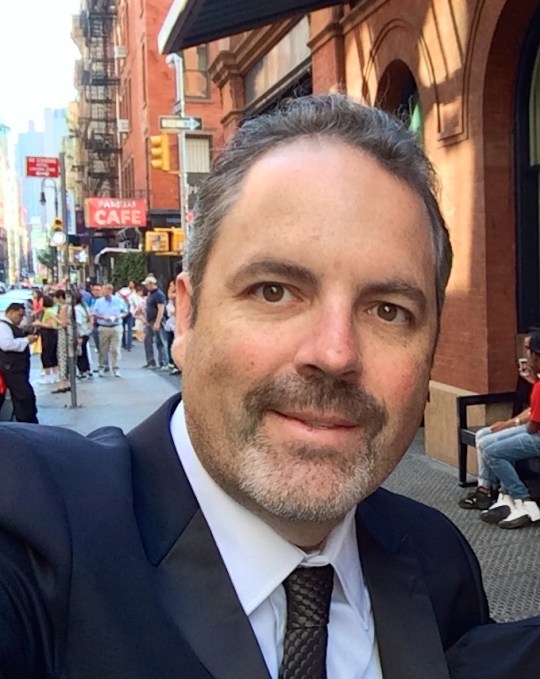 But Pell has the heart of a writer. “I invest in startups and do a lot of things on the web, but my best thing is the NextDraft newsletter and iOS app,” he writes on his Twitter profile. He confides that his favorite part is hitting publish.

The “Internet’s managing editor” starts every morning by first dropping his kids off at the bus stop and then winding in from Marin to his office in the City. He uses a makeshift standing desk, opening 75-80 or so tabs at a time to parse out what’s fit to print for the day.

“I open up my first 40 tabs, then check all the last couple of hours of tweets, check my inbox and then use Safari to save stories,” he says.

I’m incredulous. “Safari? Nobody actually uses Safari anymore,” I tell him. He shrugs and tells me that it’s the only browser which lets him add stories to a reading list.

Reading the NextDraft is a somewhat daily ritual for me. I am one of those 160,000 subscribers who rely on Pell to add that unique connection that is missing from the unapologetic glut of news that reaches me every day through radio, print and blog post. Pell is the neighbor that stops off at my virtual front porch door to tell me what’s going on out in the world and why it matters to me, personally.

I am at once in awe of and inherently relate to this fellow writer as we sit across from each other and chat about our craft. We both can’t listen to music and bang out a post at the same time, for instance. He recommends I try gaming music for concentration. He swears by it.

Pell breaks NextDraft down into 10 sections, each with a playful headline that focuses on a timely news topic. And he edits the whole thing himself every day, occasionally tossing something to his friend Rob to proofread first.

The whole thing is ad-free, thanks to a sponsorship from WordPress. Does it pay the rent? “That depends on what block you live on,” Pell jokes, though he says he would still do it for nothing.

NextDraft is not Pell’s first news rodeo. He used to publish a printed and hand-bound tech newsletter during the early dot-com days called Davenetics. “Before the days of the web, I used to write long pieces that were essentially blog posts before blogs, print them out, bind them, and snailmail them to a about 20-30 friends,” Pell explains.

As the boom turned to bust, however, Davenetics felt more like an obituary and he just couldn’t go on with it, although it still exists in digital form here. When business in Silicon Valley began to pick back up again, as these things tend to do, Pell had an early prototype of NextDraft ready, but was unconvinced anyone would be interested in his idea for a digital newsletter but a friend kept urging him to do it again.

“When I started writing I found out that I was wrong, that people wanted slow news back,” says Pell. “Needless to say, the Internet made this an easier experience for both sender and recipient…and mailman,” he tells me with his unique brand of humor. That human touch is what keeps his faithful army of readers coming back everyday for more.

For instance, the latest edition starts off with an update on Facebook vs the drag queen community, Pell’s characteristic writing style inserted:

In a moment of distinguished poignancy, the esteemed philosopher Eminem once said: “I am whatever you say I am, if I wasn’t, then why would I say I am?” It turns out that what seemed like a rhetorical question has become more difficult to answer in the age of social networks. After much protesting by a group of drag queens, Facebook has issued a public apology and promised to tweak its policy of requiring that all profiles include user’s “real names.” As The Atlantic’s Jessa Lingel and Tarleton Gillespie explain, what seems like a narrow issue has broader implications: “If we’re willing to look past the glitter, the makeup, and the fabulous hair, the issue beneath is an important one … Must we be ‘ourselves’ online?

“The idea is I want you to feel like you are just getting an email from me that you could reply back to,” Pell explains. “it’s always the personal stuff people remark on. We’re all dying for human connection on the web”.