StackEngine, a startup out of Austin, TX, emerged from stealth today with $1M in seed funding and a product that gives operations and IT staff a way to manage Docker containers, providing the operations side of the house some control over Docker instances.

Docker’s rapidly growing popularity didn’t escape the attention of company founders Bob Quillin and Eric Anderson, both of whom have operations backgrounds with companies like CopperEgg, Hyper9 and VMware. Just last month, Docker got $40M in venture funding and it’s been hotter than hot this year with developers.

Put in simple terms, Docker is an open source project that offers a way to create a Linux container for applications. As applications are distributed across multiple servers instead of being delivered as a monolithic application on a single server, it gives developers a way to deliver and update these modern apps more efficiently.

And it has grown increasingly popular with developers who have been hungry for a container technology that works the way they do. As StackEngine co-founder Quillin points out, this popularity created an opportunity because it left a management tool gap for operations teams charged with managing these Docker containers.

“We saw most of the important activity was helping developers move forward with Docker, but there was no set of tools and solutions oriented with a modern approach to management,” Quillin explained.

While he admits administrators looking for control might try tools like Puppet or Chef, and  there are several open source point solutions that you could kluge together to make a management solution, there has been a dearth of commercial solutions aimed specifically at the management side, specifically designed to manage Docker containers, especially ones that can scale to hundreds or even thousands of Docker instances –and that’s what they hope to offer.

The founders launched the company with the idea of producing a tool that could help the operations side understand Docker management quickly, then automate some of the regular tasks and manage the containers across VMware virtual machines and different cloud instances regardless of the vendor or the location –and distribute in them in the most efficient way. 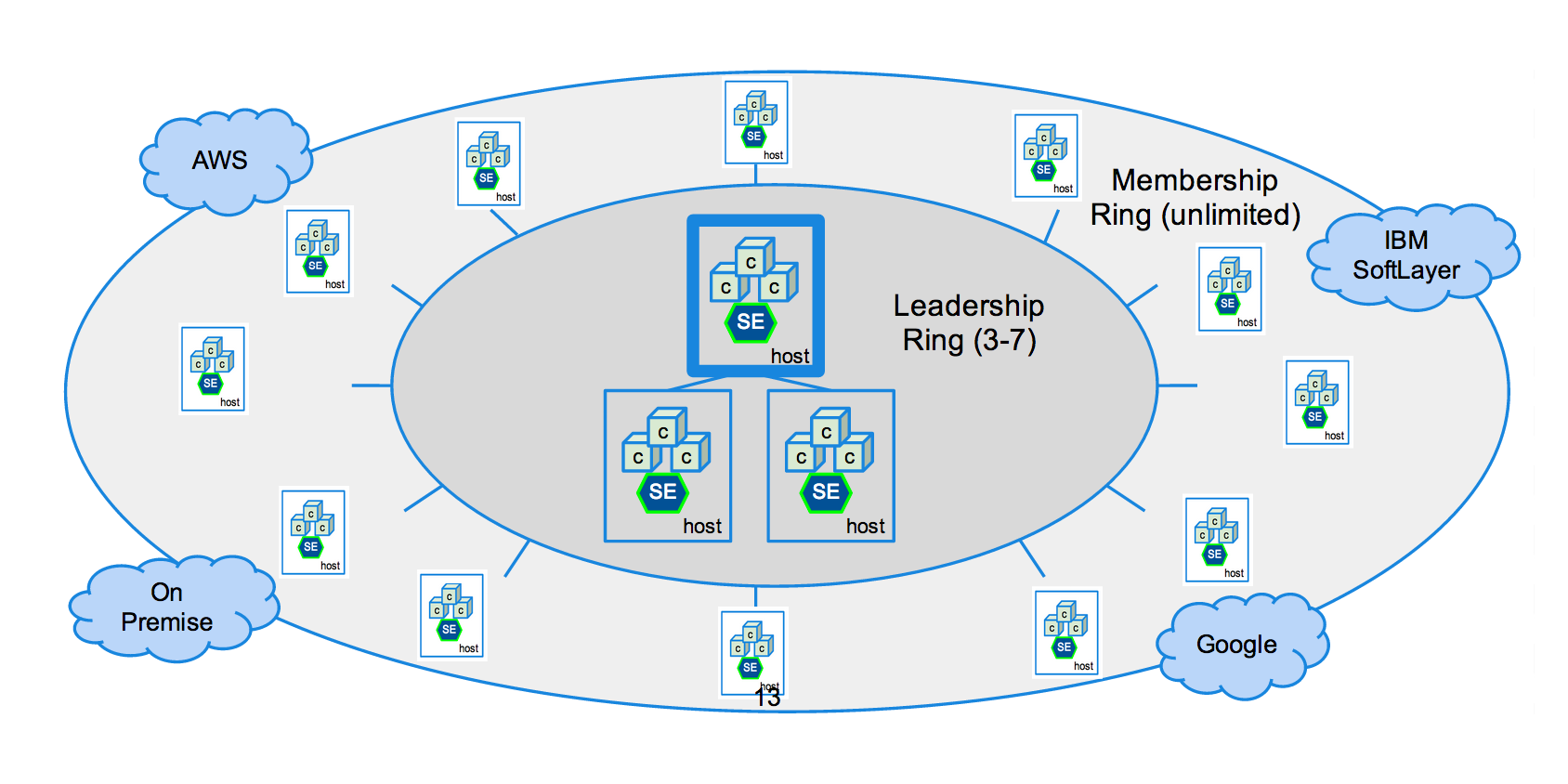 The product is in private Alpha for now, but they plan to offer a public Beta by next month and release a product by the end of the year in a rather aggressive delivery schedule. After bootstrapping for these last several months, they have $1M in their pocket from Silverton Partners and LiveOak Venture Partners to help drive the company toward launch.

What’s particularly interesting about this company is that it’s built on top of Docker, a growing open source ecosystem for startup. What’s more, it fills a void in the current system and solves an obvious problem. It’s likely that other companies out there will try something similar, but regardless it’s proof that when an open source project like Docker takes off, it drives the creation of lots of new companies built on top of the popular open source project –and that’s exactly what we’re seeing with Docker with companies like StackEngine.