Fitness-minded individuals have devices like the Fitbit to track their steps and activities. Expectant mothers have Bellabeat. The startup has been selling a low-cost “connected system” that allows moms-to-be to track their pregnancies, including being able to hear, record and share their baby’s heartbeat via a pocket-sized ultrasound tool. Today, the company is releasing a new version of that tool, now known as the Bellabeat Shell, and is expanding beyond the moms-to-be crowd with two new products aimed at women, and in particular new mothers: a smart scale called Balance and a health and fitness tracker called Leaf.

A graduate of the Y Combinator Winter 2014 program, Bellabeat co-founder and COO Urška Sršen says that conversations with her mother, an OBGYN, actually prompted the idea for the company. “Doctors have been talking about remote patient monitoring systems for a long time for preventative patient care,” explains Sršen.

But the team, which also includes co-founder and CEO Sandro Mur, quickly realized that it was hard to get doctors to trust a new company and product, which is why they initially went the consumer route.

The hope is to grow a strong consumer user base, then return to doctors and other care providers to show them how they can benefit, along with their patients, from Bellabeat’s system.

In September 2013, Bellabeat launched its first connected monitoring system for expecting moms in Europe, and in February of this year, it brought that system to the U.S. Along with the small ultrasound gadget is a mobile app, where women can record essential pregnancy-related data like weight gain, nutrition, and even fetal movements through a “kick counter.” The app, now used by 200,000 moms, also connects women with a community where they can swap advice and learn from each other’s experiences. 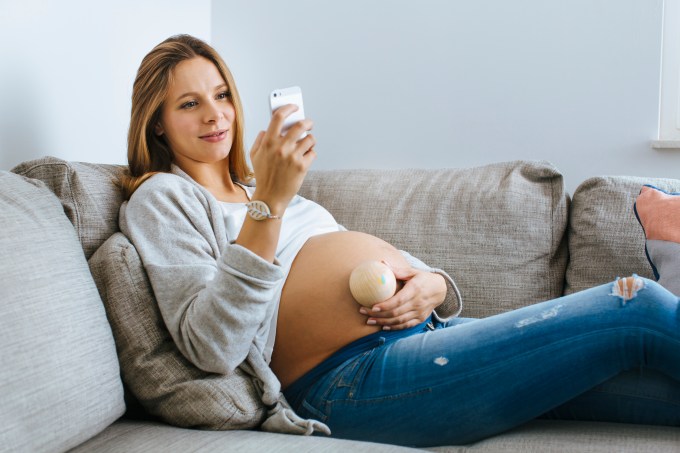 Today, that ultrasound gadget, which shipped 35,000 units to date, is getting an upgrade with the launch of the Bellabeat Shell. This device is meant to replace the older unit (and previous buyers can request an upgrade for free, says Sršen.) It’s also based on entirely different technology, that uses a combination of simple acoustics and high-sensitivity sensors that allow moms to hear their baby’s heartbeat and share that sound with others.

But now the gadget has a few more tricks up its sleeve, too: It allows moms to play music to their baby and track their reaction, and after birth, it can serve as both a sound machine and baby monitor. A new device, the Balance, is a beautiful smart scale made of wood which helps moms track their weight during and after pregnancy, as well as baby’s weight. The scale connects to the Bellabeat app on the smartphone to record these metrics. The Balance is highly sensitive, too, allowing it to measure in grams in order to track baby’s small gains. And one of the best features of the Balance is that it doesn’t actually have an LCD display. That’s right – no numbers. “It’s less stressful for the mother,” says Sršen. “It’s important that you track if your weight is in normal parameters,” she explains. But what’s less important are the actual numbers. “Exact numbers don’t matter. What matters is that your weight gain [during pregnancy] is normal and proportional to your body size and that you’re progressing normally – and we can better present that in charts and visualizations,” Sršen says.

(I could imagine there are more than a few women who would like a scale that didn’t display numbers, but instead just synced your progress to an app.) 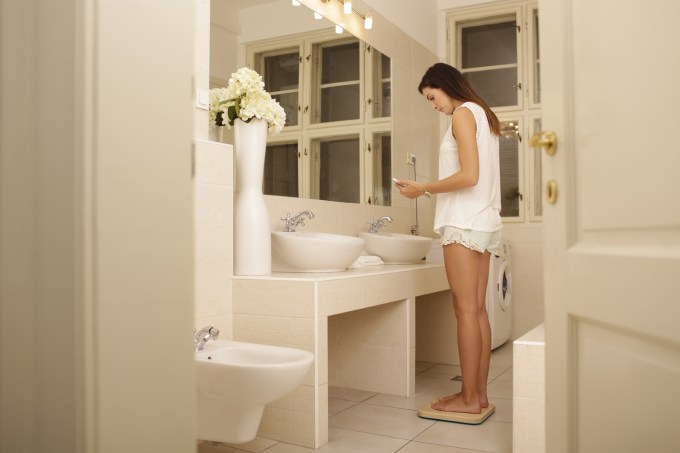 Finally, the company is shipping the Leaf, an attractive piece of “smart jewelry” that can be worn as a necklace, pendant, bracelet or brooch, and functions as your standard activity tracker plus sleep tracker, but differentiates itself by also allowing moms-to-be and new moms (or any women, really) to track their stress levels.

To do so, the Leaf has to be worn as a brooch so it can track your breathing movements which is what it uses as a proxy for stress. If you’re going to work out, Sršen says you’ll need to wear the jewelry elsewhere – it can clip on elsewhere on your garments instead.

And of course, all the data syncs up with the Bellabeat app for easy access and analysis. 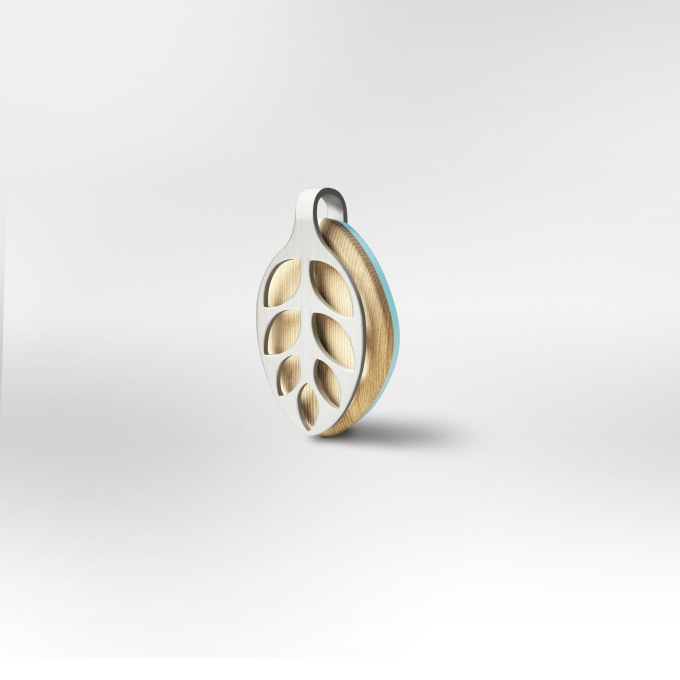 What’s nice about the Leaf is that, unlike the vast majority of the fitness trackers on the market save for the Shine and Tory Burch’s Fitbit collection and a few others, many of today’s devices have a decidedly unisex (at best) appeal. If anything, they tend to be more masculine with large bands or bulky straps and entirely unconcerned with how they would look when you’re dressed up. The Leaf, though, looks like real jewelry you’d actually buy and happily wear. And it, like all Bellabeat’s products, is far more affordable for everyday women who find Tory Burch’s gold jewelry which is closer to the $200 price point and doesn’t include the tracker itself (another $99.95 for the Flex). Women ordering 2 or more of the new devices will be offered a discount on their purchases – 10% for 2, or 20% off for 3. The company will also host a series of mini-campaigns on social media that will include other special offers, and these will roll out once per week during the pre-order period.