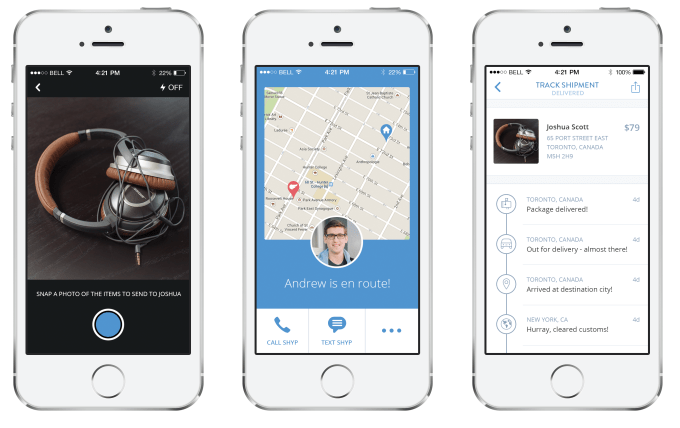 On-demand shipping startup Shyp is now officially expanding beyond San Francisco, launching its service in New York City after just a few weeks in private beta. In addition, the company is today announcing that its service will land in Miami, Fl., in time for this year’s Art Basel, meaning those who fly in to participate in the international art festival this December will be able to ship their new collections home from their smartphone.

This week’s launch is actually arriving a few weeks earlier than originally planned. When Shyp started its private beta a few weeks back, it planned to roll out the service to everyone by the second week of October. Shyp co-founder and CEO Kevin Gibbon says that the startup saw its coverage levels during the beta and realized that it was already at the point where it could deliver on its promise of deliveries in 20 minutes or less.

Shyp will launch with coverage from Red Hook to Greenpoint in Brooklyn and up to 96th Street in Manhattan. Gibbon says that the startup will be able to provide coverage matching the standard it set for itself in SF thanks to its tweaked ratio of cyclists and those driving  vans collecting packages from said cyclists. In New York City, the startup has upped the number of its couriers (known as “Heroes”) on bikes to better accommodate the city’s congestion.

As for Miami, Gibbon says it’s getting easier for the startup to roll out in new cities as it figures out which parts of the process can be turned into standardized practices. He says the two most important things to figure out have been growing an early work force and finding practical warehouses. To that end, Shyp is actively recruiting new Heroes in SF, NYC, and Miami and scoping out warehouse locations for launches that won’t happen for months.