“Oh man, this would make a great picture. I wish there was someone else here to take our picture for us so we didn’t have to take a selfie!”

Has this ever happened to you?

Of course it has. You’re a human being in the 21st century who reads tech blogs.

The Nixie aims to solve that. It’s, as crazy as it feels to type this, a wearable selfie drone. A flying wristband, with a camera built in. When you’re ready for your close-up, it launches off your wrist, reorients to frame you in the shot, and then hovers back over for you to catch it.

The bad news? It’s… still pretty conceptual. It looks like they’ve got a prototype that can launch off your wrist and float away — but it’s still early days. They have a long way to go (this thing looks about as fragile as can be right now) — but even as a concept, it’s damned cool.

The good news? It’s a finalist in Intel’s Make It Wearable competition — meaning they’ve just scored themselves $50,000 and all of the mentorship, design help, and technical support a company like Intel can throw at them in order to make it real.

The project is the brainchild of Christoph Kohstall (a physics researcher at Stanford), and is built in collaboration with team members Jelena Jovanovic and Michael Niedermayr. 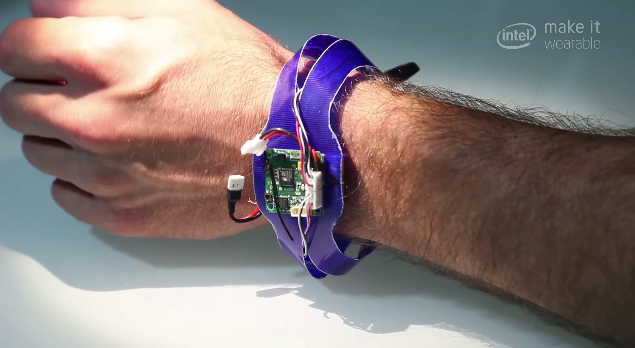