ToyTalk, the makers of kids entertainment applications for iPad, has just released its first paid application with the launch of a character-driven touch and play app called SpeakaLegend. But the team may have even bigger news on the way in the form of licensing deals for its speech recognition tech with some of the best-known children’s brands, we hear.

This startup is a fascinating one to watch because of the technology they’re building under the hood of their digital toys, as well as the talent at the helm. Founded by former Pixar CTO Oren Jacob, who worked on films like Toy Story (1 & 2), A Bug’s Life, and Finding Nemo, and Martin Reddy, previously of SRI, aka the birthplace of Siri, ToyTalk has been developing a new form of media where children interact with digital characters who actually hear and respond to what kids are saying.

That’s no small feat, as it turns out, since children’s voices are more difficult to analyze and understand than adults, not to mention that they might not be asking the most routine questions of their digital friends.

Unlike with a speech-based app like Siri, ToyTalk’s digital apps aren’t simply responding to basic instructions like “create an appointment” or questions like “how’s the weather?,” but are engaging children in conversational stories.

To make this work, the company has developed a special toolset for writing character dialog – including the many possible responses to things kids might say or questions they may ask. Combined with speech recognition technology, natural language processing and a little A.I., the company is putting the tools for creative app development in the hands of children’s story writers, not computer scientists. 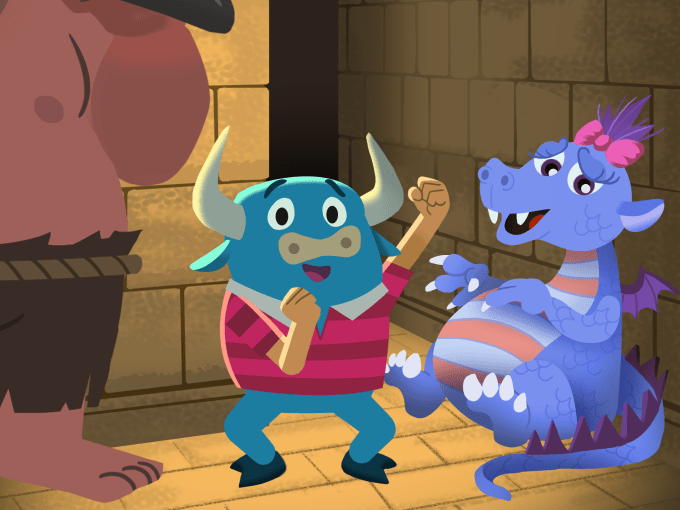 “Speech recognition for kids has really not been built by anybody,” explains CEO Oren Jacob, “so part of what we’re doing – what are partners are developing – is developing the language and acoustic models for children to open up that space.”

He says that the interest in licensing ToyTalk’s technology came from inbound calls, and now the startup is in discussions with more than half a dozen companies, the vast majority being those you would “know and recognize by name.”

“I think a sea change occurred with a lot of the companies that own the beloved characters and brands that you know and love,” Jacob continues. “A few of them observed their own children talking to Siri…and thought, ‘hey, can our characters talk back, too?'”

ToyTalk’s phones began ringing, and quickly, one call become many. It seems that soon, ToyTalk will start to license its technology which is why the company may be worth the $15 million in funding (and possibly more on the way.)

Becoming a platform could potentially mean not only smarter kids’ apps in the future, but smarter toys, too. Forget Teddy Ruxpin, or talking toys which can be personalized via a USB link with your computer with tidbits like the child’s name or favorite foods, colors and more (like LeapFrog’s My Pals line): we’re talking about the potential for huggable animals that can actually carry on “real” conversations with the child by listening to, understanding and responding to what they say in new ways.

This will not be ToyTalk’s focus, however, Jacob clarifies. His company is working on the technology itself – including its proprietary PullString software which powers the character conversations – along with the ToyTalk app line-up. The team is not interested in moving into the physical manufacturing business. 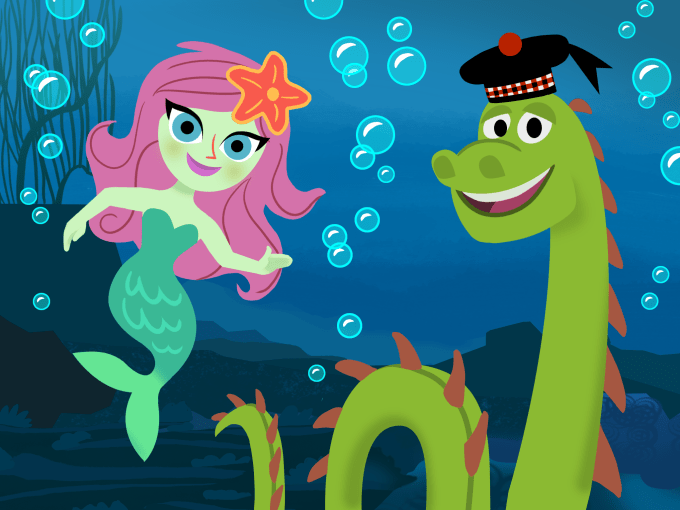 To date, ToyTalk has launched a small handful of applications, including The Winston Show, SpeakaZoo and now, SpeakaLegend. Until this latest release, however, the apps were just speak-and-respond creations. SpeakaLegend is the first to really integrate touch, allowing kids to play with the characters more openly, while also chatting them up, exploring new worlds and ultimately unlocking the final prize – a “majestic unicorn.”

Though the company doesn’t discuss in detail about user numbers, and until yesterday didn’t sell its applications so couldn’t speak to app revenue, Jacob did tell us that ToyTalk’s users are well-engaged. On average, kids spent 45 minutes per week playing with ToyTalk apps over the last holiday season, but usually the apps are played on weekends. Over the course of the week, kids play with ToyTalk in one or two sessions.

If you’ve ever watched kids playing with apps, you know that these are more than decent numbers given the attention spans involved. In fact, Jacob notes that there was even one record-breaking session where a child played with the app for 4.2 hours straight. That may be too much fun, parents.