Is Yahoo working on its own online document creation and collaboration software? That’s the question which immediately comes to mind upon hearing news that the company has now picked up a Bangalore-based startup called Bookpad, makers of Docspad, a service aimed at developers looking to add document viewing, annotations and editing features within their own applications.

What differentiates Docspad from rivals like Google Docs, however, is that instead of being aimed at consumers looking to simply create or edit documents, spreadsheets, or slideshows from the web, then share those files and collaborate with others, Docspad is designed to bring a Google Docs-like ease-of-use to any other application a business may need, including things like applicant-tracking systems, conferencing solutions, learning management solutions, and more, co-founder and CEO Aditya Bandi explained in a recent blog post.

The deal is making waves throughout India’s tech community, and has been confirmed by The Economic Times, The Times of India, and others. TechCrunch has also now heard from sources that the deal has gone through. Bandi declined to comment, but it’s worth pointing out he has already changed his LinkedIn profile to reflect his new position as Product Manager at Yahoo.

Terms of the deal have not been disclosed, but Yahoo has the money to continue its startup shopping, thanks to its stake in Alibaba, which just ranked as the world’s biggest IPO. The Economic Times says via sources, the deal is clocking in at around Rs 50 crore ($8.3 million).

“We have acquired Bookpad, the company behind the Docspad product. The team will join our communications organization in Bangalore, where they will work on strengthening the Yahoo Mail experience. We’re excited for the expertise and knowledge that the team brings with them, and can’t wait to get to work collaborating with them.” 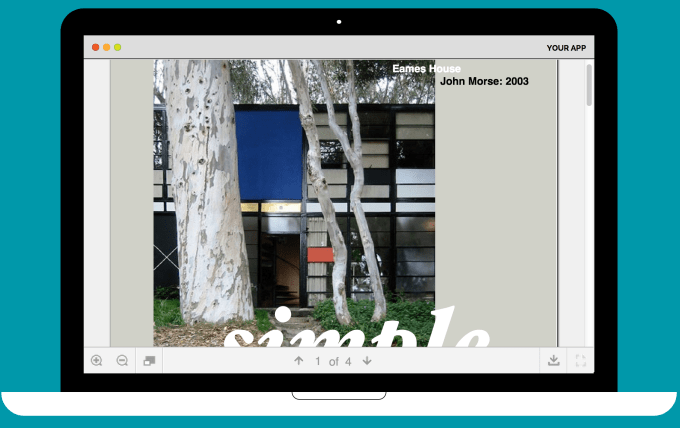 The startup was founded by three 20-something graduates from the Indian Institute of Technology (IIT) Guwahati – Aditya Bandi, Niketh Sabbineni, and Ashwik Reddy. Last year, it was backed by NASSCOM’s 10,000 Startups initiative and Microsoft Ventures. (NASSCOM, we hear, is already opening talking about the deal, too.)

According to The Economic Times, the Bookpad team met with Yahoo during a trip to Silicon Valley organized by NASSCOM. The report also noted that Yahoo wasn’t the only suitor showing interest – Autodesk and Dropbox were taking a look at the 8-person team, too.

The company’s first product, Docspad, supports a variety of file formats, including Word, Powerpoint, Excel, PDF, ODT, ODP, ODX, ePub 2.0 and others. Recently, an open-source version of the application was released, which allowed developers free access to Docspad APIs forever. It’s unclear at this time how Yahoo’s acquisition will impact that.

After the APIs from Docspad are integrated into an app’s interface, users can upload documents, and Docspad will convert the file to HTML5 for online editing. The service is compatible with desktop, tablet and mobile applications, the company says.

Docspad generated revenue through its enterprise offerings, which counted customers including e-learning firms, cloud storage companies and others, reports The Economic Times. It offered an on-premise solution, a private cloud option, and Cloud APIs for smaller developers.

The deal would make sense for Yahoo if it were thinking of moving into the document collaboration space to better compete with companies like Microsoft, Google, Box and Dropbox, but it also makes for a good acqui-hire, too, given the skill set of Bookpad’s engineers.