Osmo, the gaming device from former Googlers that combines real world play and the iPad, is now shipping after receiving $2 million in pre-orders, including those from over 2,000 schools. The company is also announcing this morning a new platform that will allow anyone to design games for Osmo. At launch, this lets parents, teachers, and others customize Osmo’s word game with their own content.

The company, founded in February 2013, was created by Pramod Sharma, who previously helped build Google’s book-scanning machine, and Jérôme Scholler, who had worked on Chrome for Android while at Google. Both men, parents themselves, became interested in how they could turn the tablets their children were addicted to into better, more engaging platforms for learning.

The end result is Osmo, an iPad tablet game kit that involves a reflective camera that snaps on the top of the iPad, allowing the Osmo app to see the shapes and other objects placed in front of it. Children place the iPad in the provided stand and then choose from physical games, like “Tangram,” where you move colorful wooden puzzle pieces to match a picture on the screen, or “Words,” where you slide letter tiles around to guess the word. 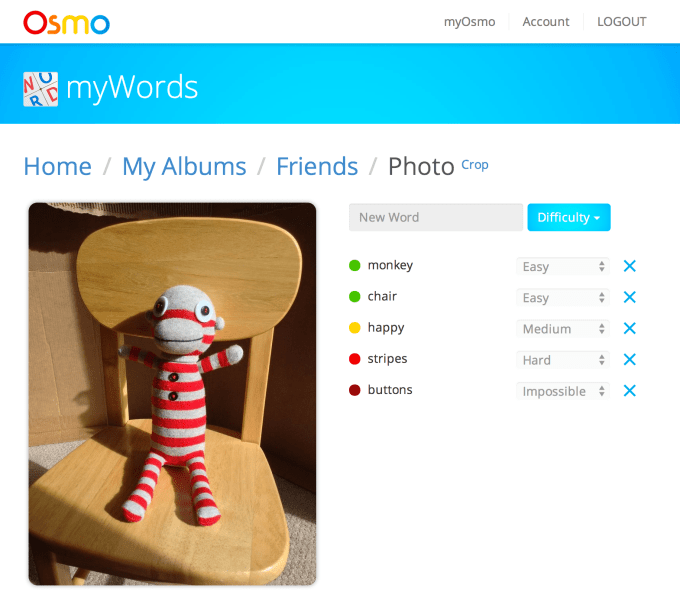 It’s this latter title that’s the first to offer customization, allowing anyone to upload their own images and enter new sets of words and content that will appear in the Osmo game on iPad.

To do so, game creators will visit the new URL my.playosmo.com to get started. In addition to words, you’re also able to take pictures with the iPad and turn them into games – for example, a game could involve a teacher taking pictures of students, then the children rush to spell out their classmate’s name with the letter tiles. 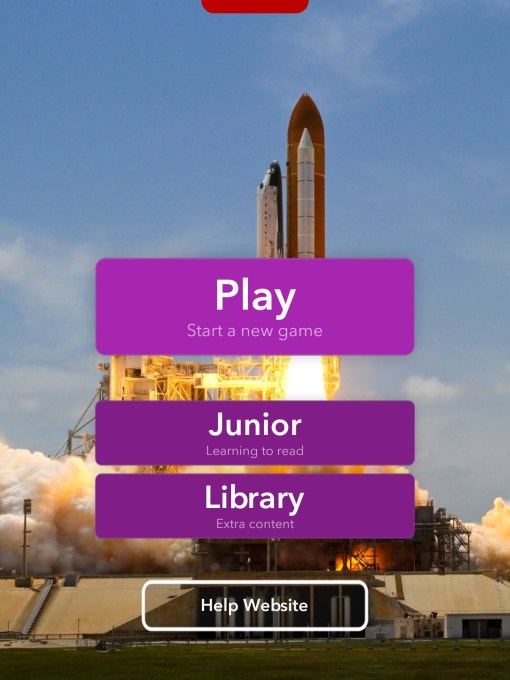 And if you want to share your game with others, the MyOsmo online community will permit that. Here, you’ll also find 15 downloadable albums that help kids learn things like colors or scientific facts.

“MyOsmo was inspired from our beta testing where teachers really wanted Osmo content inline with common core standards,” explains CEO Pramod Sharma. “With this launch, we are giving them – and parents and grandparents – tools to create content themselves and share it with other users of Osmo. I think this will be a pretty transformative change,” he says.

Since launching its pre-sale campaign four months ago, Osmo generated a couple of million in pre-orders, though the company didn’t provide exact numbers of unique customers who ordered. (The game kit sold for $49 on pre-order but will retail for $99. Currently, it’s $79.) During its beta program, “hundreds” of teachers and kids were using the game kit from over 150 schools, many near the team’s home base in Palo Alto. Osmo was also tested in 9 other countries outside the U.S.

After shipping – on time, notes Sharma – organic growth is significantly up, he says, and initial response from users is very positive.

The CEO adds that, while they’re starting with end users, further down the road, developers will also be able to build games for Osmo.

“This is definitely inline with our longer term roadmap of opening the Osmo platform to the creativity of everyone else,” says Sharma.