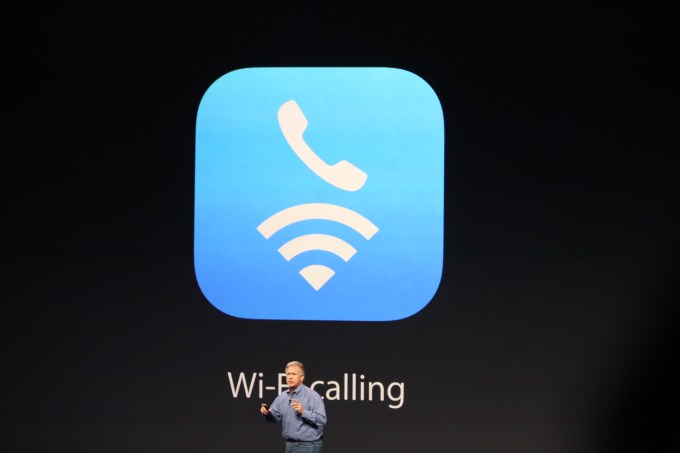 The iPhone 6 supports Wi-Fi calling. But does your carrier support it?

If you’re in the U.S., the answer to that is probably “not yet.”

Wi-Fi Calling essentially turns any Wi-Fi router you’ve got access to a private extension of your carrier’s cell network. As long as you’re on Wi-Fi, you’ll be able to make standard voice calls and send texts regardless of whether your carrier’s signal is up to snuff in that spot.

For now, the only U.S. carrier that can officially say it’ll support iOS 8’s new Voice Over Wi-Fi functionality is T-Mobile — hence its big event about it just one day after Apple’s announcement.

But fear not, AT&T customers! You’ll be getting in on the Wi-Fi fun too … eventually.

Speaking at an event in New York this afternoon, AT&T CEO Ralph de la Vega mentioned it almost in passing: AT&T will support Voice over Wi-Fi sometime in 2015.

So, why the hold-up? The short version: for Wi-Fi calling to work properly, your carrier’s network also needs to support Voice Over LTE (VoLTE). This is what allows for a seamless handoff — that is, it’s what allows you to start a call on your Wi-Fi network, leave your house, and seamlessly continue the call on the cellular network without having to redial.
[via LightReading]