Since its creation, Code.org‘s mission has been to get coding into curriculums for students as schools nationwide. Today, the nonprofit group is launching Code Studio, a combined set of tools and curriculum to get students in kindergarten through high school interested in the underlying concepts behind coding through guided lesson plans.

Rather than having kids pick up a language like Python or Java (as you would in a college or AP Computer Science class), Code Studio teaches the underlying concepts in programming through the manipulation of blocks of logic that, when stacked together in a particular order, move a character around a scene or draw a shape. The interface works a lot like MIT’s Scratch, though Code.org director of product Mona Akmal told me over a Google Hangout that there are a few key difference’s between MIT’s offering and Code Studio, chief among them the use of HTML5 (so it can run in most browsers) and the puzzle-based lesson plans for K-12 students.

Outside of the actual user interface, Code.org was able to take advantage of awareness around its cause (bolstered by its “Hour of Code” campaign) to bring in big names like Mark Zuckerberg and Bill Gates to film video segments introducing concepts as well as use assets from popular brands like Angry Birds in their lessons:

The other big differentiator in Code Studio is an interface for teachers to monitor where their students are in the lesson progression. It’a a natural addition (seeing as how Code.org wants to see this kind of curriculum show up in schools) that allows for teachers to manage their own classes or librarians/computer lab staff to coordinate lessons for students across grade levels: 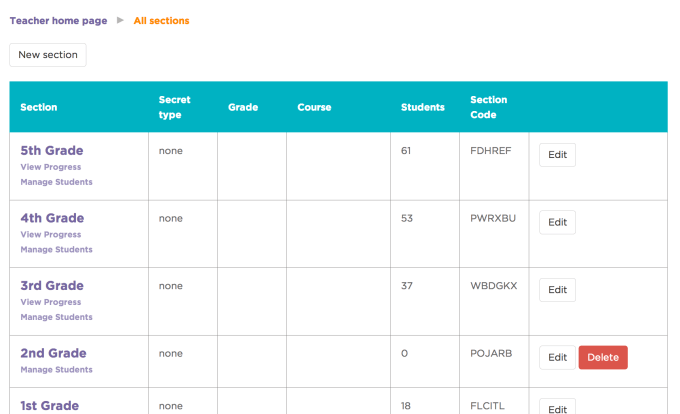 While Code.org hopes that schools will introduce Code Studio to their students, they also feel they’ve provided an environment that will encourage kids to start making their own games and apps and share them after they’ve completed the lessons considered appropriate for their grade level. To encourage such sharing, Code Studio allows users to create a link to their projects that will let friends and family play with their efforts via sharing over SMS and social networks.