Dropbox VP of Engineering Aditya Agarwal tells me his company needed this talent because “The rate at which we’re all creating memories is going up so quickly that the ability to organize, curate, and make sense of the memories we’re accumulating” is a huge opportunity. Photographs are one of the most plentiful types of data on the web and are also extremely important to people. Dropbox or any other company could be sitting on a gold mine if they can figure out how to squeeze more strategic value out of photos or offer added benefits to users who store their treasured moments with them.

And these guys? They’re the real deal.

Belhumeur is a computer science professor and Director of Columbia’s Laboratory for the Study of Visual Appearance. He has an engineering Ph.D from Harvard and was a postdoctoral fellow at the University of Cambridge’s Isaac Newton Institute for Mathematical Sciences. He researches computer vision, face recognition, and machine learning for visual recognition. His academic papers have accrued over 21,000 citations and he built the Leafsnap and Dogsnap iOS apps to help people ID tree and bird species from images.

Kriegman has published over 150 papers on robotics, computer graphics, face recognition, and object recognition. The Stanford Ph.D. has received tons of awards in his field and is the Editor-in-Chief of the research compendium IEEE Transactions on Pattern Analysis and Machine Intelligence.

Agarwal tells me Kriegman and Belhumeur’s expertise could help Dropbox to recognize what’s in your photos so it could organize them by theme, location, and many other ways. The two professors’ work on facial and object recognition could help Dropbox scan all your photos and tag them with metadata about what’s in them. Imagine if you could pull up all the photos where someone is “laughing” or that features a “sunset” or “dog”. 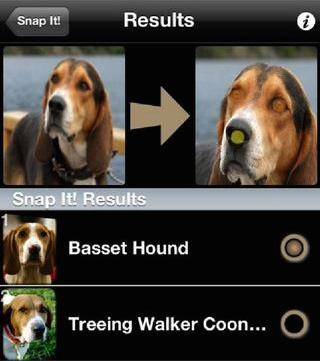 There’s no specific plan for what Kriegman and Belhumeur will work on just yet, as Dropbox wants them to get a good look at their data set and let the academics figure out the smartest thing to do next.

“I think the exact spectrum that will be possible with this tech is still being figured out”, Agarwal tells me. “The reason why researchers are gravitating to these big companies is that the time is right to build some really cool shit.”