Uber CEO Travis Kalanick says he and his company get a bad rap for being aggressive because he learned to be fierce while running his last scrappy startup. But now that it creates 50,000 jobs a month and is a dominant player in on-demand car services, Kalanick said “You have to find different ways of doing things, of communicating, of understanding that people look at you as the big guy now, not the scrappy guy, and it requires a different way of running your business” today at TechCrunch Disrupt SF.

Moderator and TechCrunch founder Michael Arrington [whose investment fund CrunchFund is an investor in Uber] jabbed Kalanick, asking if he thought he was like Darth Vader, or worse? Much of that sour taste comes from Uber’s relentless recruitment of drivers working with its competitors, like the anti-Lyft “Shave The Stache” campaign shown below. But Kalanick, looking emotive and vulnerable for a moment, said people get that idea because they don’t know his backstory. 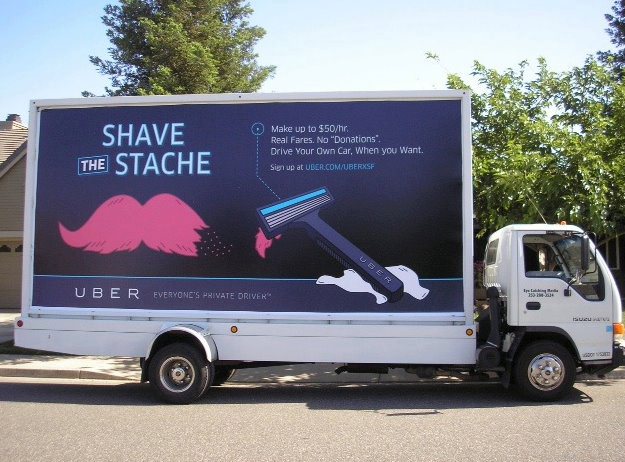 “For the first four years I didn’t make a salary. One of those years I was at my parents’ house”, Kalanick said, recounting his days running his last startup, peer-to-peer file sharing technology company Red Swoosh. He says the startup ran out of money multiple times, which taught him that running a scrappy startup “requires you to be abnormally perfectionist, abnormally fierce because the difference, the last inch is the difference between living at Mom’s one more year…the difference between epic failure and making something happen.”

But Uber’s in a very different place. After 6.5 hard years, Red Swoosh was acquired by Akamai for $19 million. Uber’s last round valued it at $17 billion. A different level of success requires different tactics, says Kalanick in the video below. “If you bring that scrappy fierceness with you it works until you get big, when really pushing all the way really feels uncomfortable….When you’re the little guy that’s lauded, that’s heroic.”

While he was reserved when talking about Lyft, its direct competitor, Kalanick explained that Uber has an advantage when it comes to carpooling ride shares where multiple strangers are chauffeured by the same car. Because you need tons of cars on the road to make carpooling efficient, Kalanick says “Liquidity [in terms of car supply] is going to matter for this and you have to be very, very large.”

Kalanick still owns a car but says “I haven’t driven in like two years”. His goal with Uber is to become efficient enough that it can drop its prices below that of owning a car. 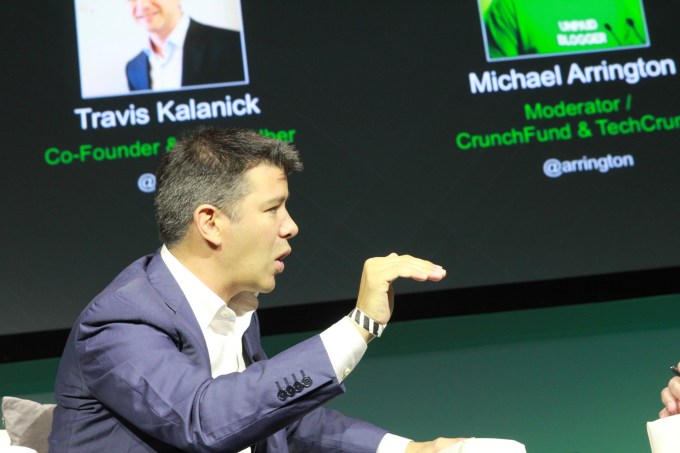 Uber’s triumphs in ridesharing have given it the freedom to experiment and expand into new verticals. Its new API we broke the news on last month will let developers earn free rides by adding “Request an Uber” buttons and referring customers. This API could print money for the company by making Uber one touch away no matter what app you’re using. Uber is also experimenting with a courier service called UberRush, as well as UberFresh meal deliveries.

If Uber can buck its perception as a ruthless, greedy company trying to put cabbies out of work and instead show the softer side of on-demand services, it could succeed far beyond taxis. It could get everything in the world where it needs to go.