Along with a new flagship Moto X, Motorola is taking the wraps off its new Moto G today, and the new version of its affordable smartphone continues to be one of the best values in modern mobile devices.

Motorola’s new mid-range phone offers a larger 5-inch display with 1280×720 resolution for 294 ppi pixel density, a Qualcomm Snapdragon 400 quad-core processor clocked at 1.2GHz, Corning Gorilla Glass, with Android 4.4 and a guaranteed update to Android L when that becomes available. It has both single SIM and dual SIM variants, with 8GB and 16GB storage options, and a brand new removable microSD slot which supports cards of up to 32GB.

A new 8 megapixel camera also boasts a faster f2.0 aperture, and the front camera is improved to 2 megapixels from one on the original Moto G. The volume button can now trip the camera’s shutter when the app’s open, another new trick, and it has a double stereo speaker, vs. the single mono version on the first-generation device. 802.11n Wi-Fi, Bluetooth LE, 720HD video capture and special digital TV tuners for Brazil only round out the hardware package. 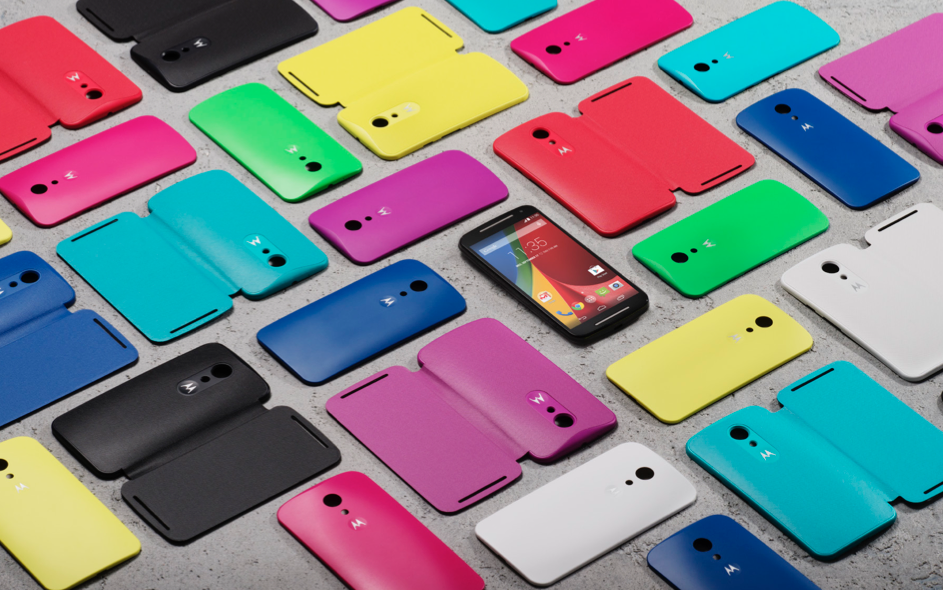 Motorola achieved something truly impressive with the hardware package it put together for the original Moto G, and this one still boasts long-lasting battery life to its 2070mAh powerhouse (good for up to 24 hours of continuous mixed usage, per Motorola), plus a pared down version of Android that closely mimics stock Android for easier updates. The interchangeable Moto G Shells are back again, letting users swap out plastic rear cases depending on their preferences. 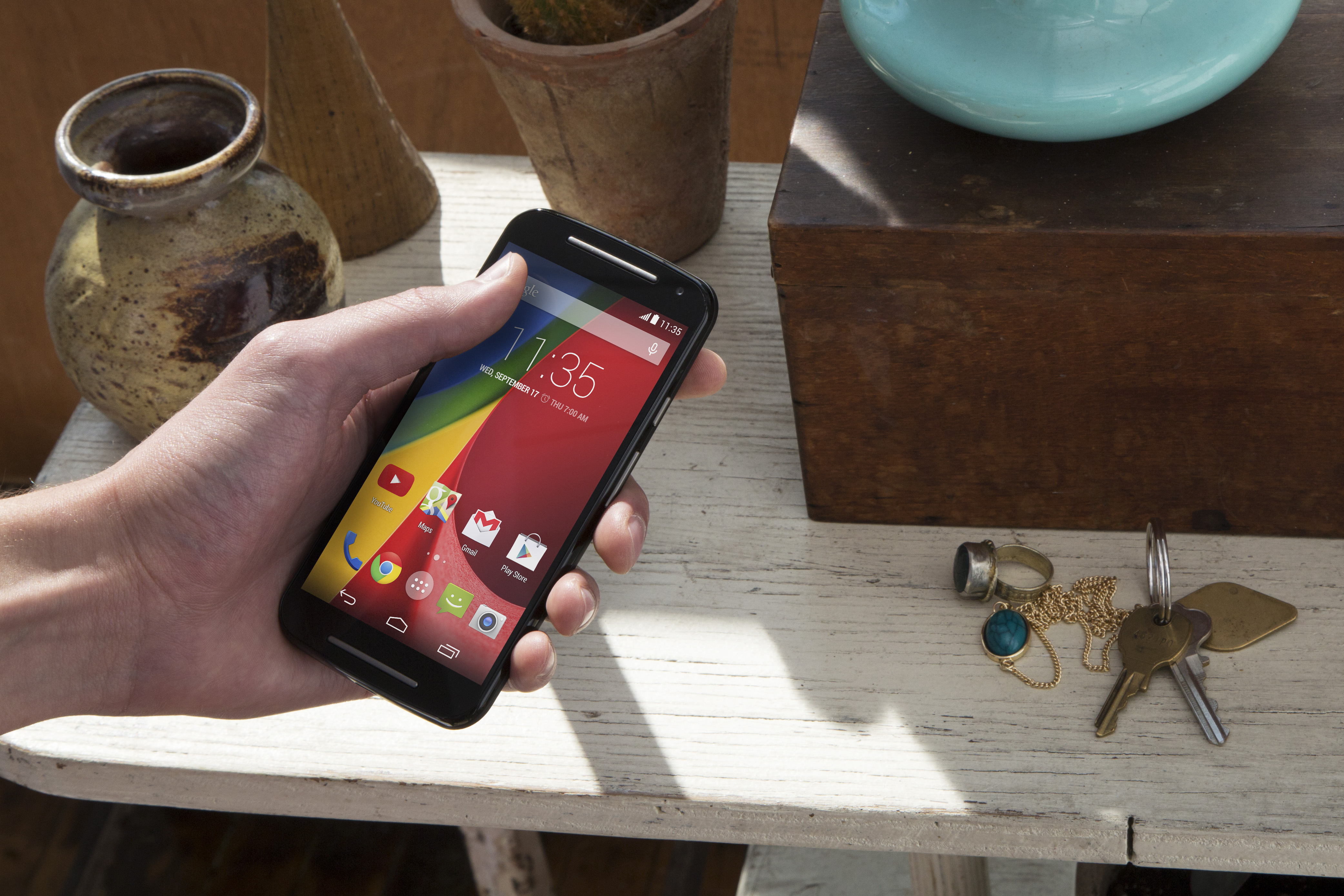 Software features include the best from the previous model, like the Motorola’s Voice Actions, and Motorola Alert, which lets you share locations with specific contacts so they can make sure you’re safe. Motorola Assist is also present here, with quiet hours for when you sleep, auto meeting detection based on your calendar, automatic replies via text to missed calls from your favorite contacts and more. 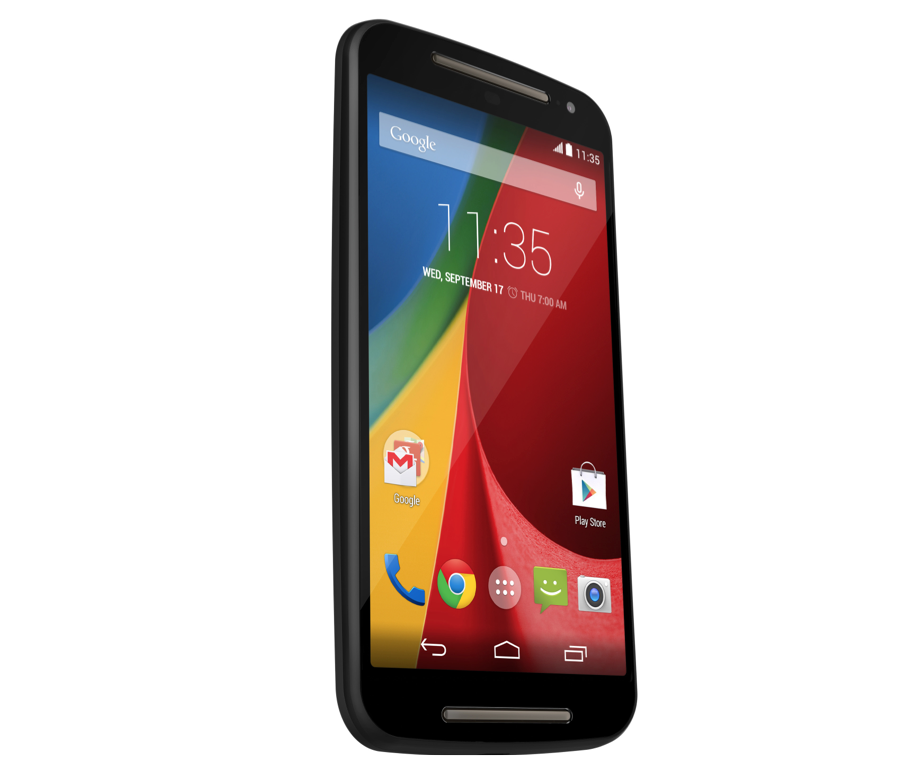 Motorola isn’t wasting any time bringing its new model to market, either – the new Moto G is available immediately from Motorola.com for $179.99, unlocked and off contract. It’s also on sale as of today in India, France, the UK, Brazil, Spain and Germany. That’s still a good deal for the original; with the improved screen on this year’s Moto G, and that better camera, it’s an even better bargain.