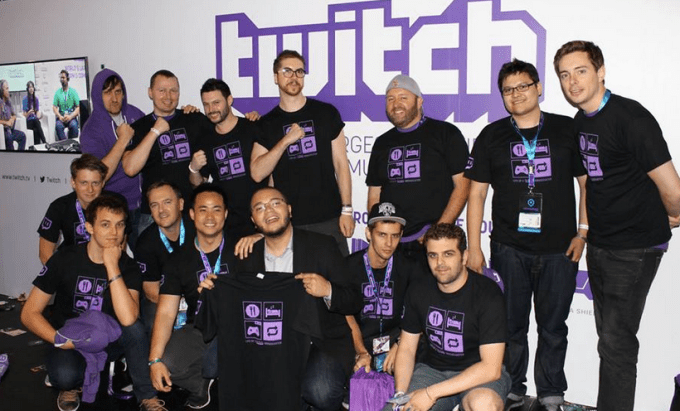 It’s official: Amazon is going to acquire video game streaming site Twitch for $970 million in an all-cash deal. It’s a move that caught most of us off-guard, as the common understanding was that Google has or was going to buy the video streaming startup for somewhere around a billion dollars. But in many ways Amazon’s purchase of the company makes a lot of sense. At the very least, it’s unlikely Amazon will lose money on the deal.

Except for a few concerns about what Google would do with Twitch at the time, the Google-Twitch rumor seemed like a no-brainer when we caught wind of it back in May. Thanks to YouTube, the company already has experience turning user-generated content into a functioning business at scale. “Let’s Play,” the popular genre of videos where streamers provide commentary and analysis (or just jokes) while playing a game, are huge on YouTube, with tens of thousands of hits on videos of mildly popular Let’s Players messing around in everything from Minecraft to farming simulators.

Today’s Amazon deal definitely doesn’t give off the same “this feels right” vibe as the Google rumor. While Amazon has Prime Instant Video, it doesn’t offer any way for people to upload their own content — everything you can watch on the service has been licensed or produced by Amazon. Interestingly though, late last month it came out that Amazon had rolled out a section for short-form videos that includes trailers and reviews of video games. But besides that, it isn’t immediately clear how Twitch would fit in with Amazon’s overall digital media strategy.

With that said, Amazon does have rather strong ties to gaming. It sells and ships games and consoles, which likely gives it a uniquely informed opinion on trends in gaming overall, considering  the fact that it sells across all major form factors and platforms. It also has a section that sells digital downloads of PC games and gift cards for Sony and Microsoft’s online services, among others. Amazon Web Services provides an infrastructure for mobile, web, and desktop games played by millions of people.

In the past year the company expanded its internal game studio with the acquisition of Double Helix and the hiring of notable developers from studios like Microsoft, Valve, EA, and Naughty Dog. So far, Amazon Game Studios hasn’t published any games that players would consider “AAA” releases, instead focusing on making smaller titles exclusive to Amazon’s Fire line of gadgets.

While I’m sure that Amazon would love to see millions of gamers streaming gameplay from titles coming out of its own studio, the retail giant just doesn’t make the kind of games that grab people’s attention on Twitch. Two of the biggest reasons people watch Twitch are to see people play competitive games like League of Legends or to watch people play recently released games to decide whether they’re worth buying.

That latter use case offers an easy monetization route for Amazon: just attach a link to the Amazon page for any game that a person happens to be streaming. The Jeff Bezos-owned Washington Post has been experimenting with something similar for books, and if a person decides to buy a game because of Twitch, it makes sense to try to take some credit for that purchase.

Along similar lines, the core demographic that Twitch appeals to — young male gamers — is a lucrative one. If Amazon can get a decent chunk of Twitch users to connect their accounts to Amazon (as they have with Goodreads), they can gather some extremely valuable data about what people are watching and how that behavior correlates to purchasing decisions and timing. Along with better ads across Twitch and Amazon, that data might lead to better targeting for Amazon’s young ad display network.

But looking at the other major use case — competitive gaming — presents some other interesting monetization options for Amazon. As with “regular” sports, eSports (and video game streaming more broadly) has its own celebrities. These players have fans that follow them beyond their play time on Twitch, watching recordings of matches on YouTube and interacting on Twitter. While Twitch allows these celebrity gamers to make decent money from ads on their streams, most of them also have sponsorship deals with sites like games marketplace G2A.com: 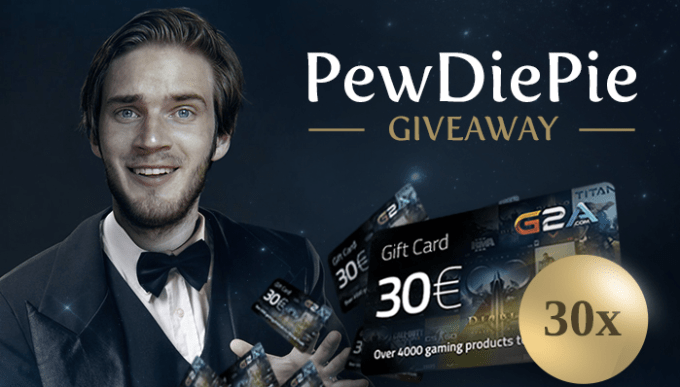 It didn’t make much sense for Twitch to become involved with those sponsorships when it was independent, but Amazon actively competes with those smaller retailers. It wouldn’t come as a surprise to see Amazon send these celebrity gamers lucrative sponsorship deals in the coming months.

Besides getting popular streamers to sell more gaming-related stuff on Amazon, competitive gaming offers Twitch some unique sponsorship opportunities from outside companies. Last October, Sony paid to make Twitch ad-free for a day in order to advertise for the PlayStation 4’s release. That was pretty clearly an experiment for both Sony and Twitch, as it occurred on a pretty random date instead of during some major League of Legends tournament, which can bring in hundreds of thousands of simultaneous viewers. As eSports become more popular, Twitch is going to be presented with opportunities to make a lot of money from such sponsorships.

Of course, all of this is assuming that game streaming isn’t just a fad that will fade as games like League of Legends lose their luster. To make sure that isn’t the case, Amazon has to get as many people hooked on Twitch as it can. That means that it has to remain available on other platforms and continue expanding premium features to new markets.

In a Twitch Townhall Q&A this afternoon, Twitch CEO Emmett Shear and Amazon VP of Games Mike Frazzini hinted that gamers should expect both of those in the immediate future. Shear noted that Amazon “makes and sells a lot of its own games,” but reassured viewers that the company will “help Twitch make more money for our partners.” So don’t expect Amazon to take Twitch away from the PS4 or Xbox One any time soon. As for new markets, Shear suggested that Amazon’s experience in building a global retail presence will be an asset as Twitch looks to expand its premium subscription features to more markets.

Amazon’s purchase of Twitch makes more sense than some of the other rumored suitors that approached the streaming service. A source familiar with the matter told TechCrunch that Yahoo floated an offer nearing $1.5 billion but lost the deal during negotiations. This same source also claims that Twitch had early discussions with Microsoft, though they didn’t get very far. Either of those deals wouldn’t have made much sense — Yahoo’s monetization likely would have amounted to rolling it into the company’s ad network, while Microsoft would have had to decide whether it should model Twitch after Skype (in terms of being available across platforms) or make it a selling point for Xbox and Windows gamers.

Amazon is uniquely positioned to grow Twitch into a profit-generating giant in online video. It can be on as many platforms as will accept it, sell content in a way that actually comes across as helpful and not intrusive, and leverage Twitch’s celebrities in ways that Twitch alone couldn’t. Thanks to Amazon’s record of letting acquirees like Goodreads and IMDB continue down their own paths, users aren’t threatening to jump ship en masse like they were when the Google rumors started spreading a few months back. While it’s not clear if it’ll have a YouTube-sized opportunity on its hands, it seems likely that Amazon didn’t just spend one-fifth of its cash for no reason.