After a particularly painful period of “scheduled maintenance” saw customers at online bank Simple losing access to their funds for a full day when things didn’t go exactly as planned, Simple has this morning rolled out a completely rebuilt version of its mobile application. The redesigned and re-engineered app offers a variety of improvements, including a new “Goals” section, the addition of a peer-to-peer money transfer service called “Simple Instant,” and more.

Simple Instant was first introduced on the web last year, allowing for immediate transfers between two Simple account holders without holds, checks, fees, or wait times. The service is especially handy for couples, friends or roommates who each have their own Simple accounts and share expenses, like household bills, for example. But it was impossible to use before on mobile because it wasn’t bundled into the native application, and Simple’s website wasn’t mobile-optimized. 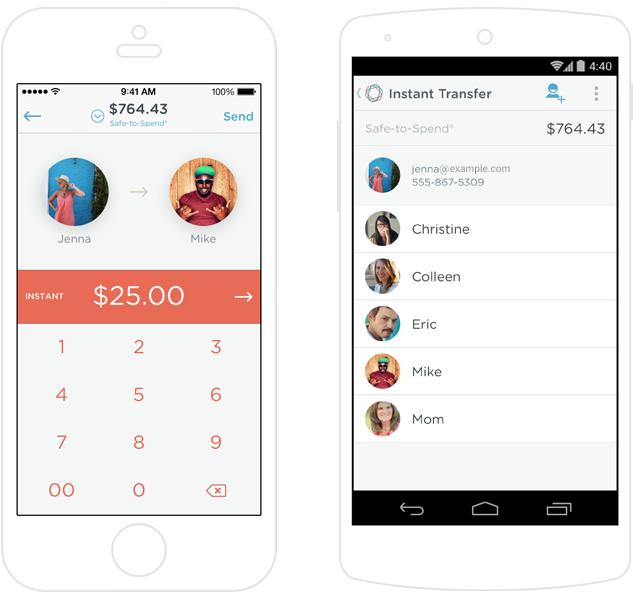 Of course, Simple Instant isn’t as broadly used or as well-known as something like PayPal, but it will make a difference to those in Simple’s customer base who have been anticipating this feature for a long time.

Meanwhile, Simple’s “Goals” section has also had a makeover, taking another step to deliver on the company’s earlier promises of being a better front-end to your banking experience. Previously, Goals – which allow you to save money for a future expense, like a large purchase, or can just function as money you want to set aside for personal savings – were fairly basic on mobile. You could move money in and out of them, but you couldn’t track your progress over time. Now you can see how much you’ve saved, how far you have to go to reach your goal, how much is deducted daily to make that happen, and your goal’s end date.

You can also add memos to your goals, and quickly move money in and out using shortcuts.

Other changes include a “Favorites” feature for adding quick access to frequently used contacts and the ability to personalize your account with an avatar.

The most immediately noticeable change, however, is Simple’s new look and feel. The app now better reflects the flat design encouraged by Apple’s iOS operating system, with a very bright, white-and-gray color scheme, updated icons (including a red badge that displays on the support icon when you have new messages), and more. 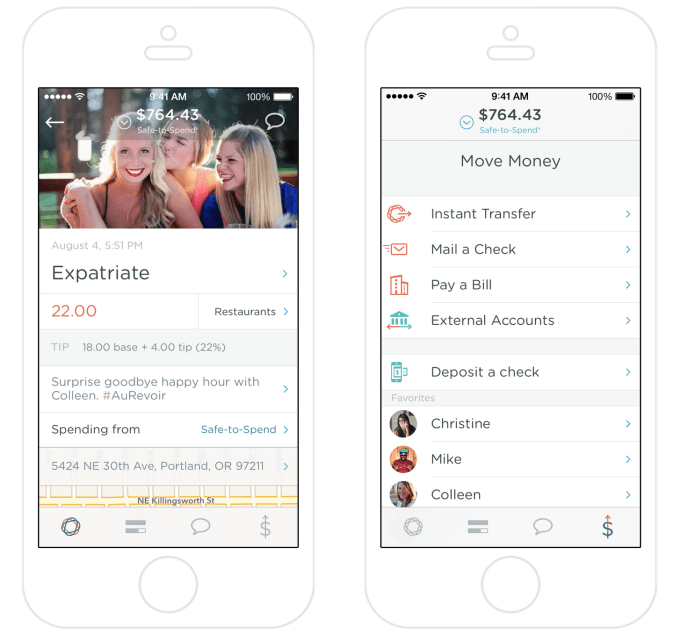 Some functions have been moved around, as well. For instance, the somewhat hard-to-find “deposit check” feature, which was previously available by tapping a small plus button at the top of the screen, has now been relocated to the “$” section (the last tab) which includes all the methods of moving money in and out of your account, including via instant transfers, snail-mailed checks, bill pay features, and via external accounts.

Simple 2.0 has rolled out to both iOS and Android, and is available for download from iTunes and Google Play.